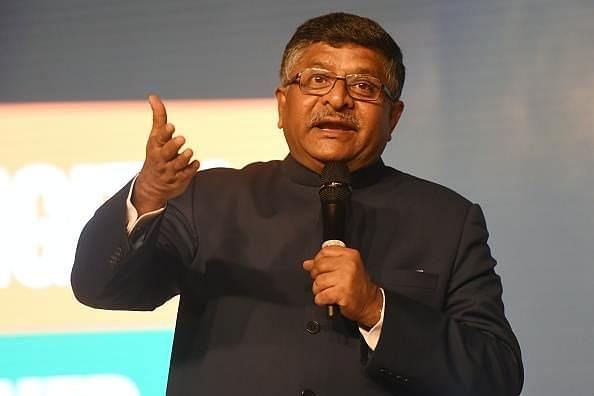 The combined trend of filing a PIL, then aggressively campaigning for it on social media and finally slandering the judges, when the order does not go their way is unacceptable, Union Minister for Law and Justice Ravi Shankar Prasad said on Saturday (27 March).

Speaking during the inauguration of a new office complex for the Bombay High Court bench in Goa, Prasad also said that "it is not fair" to target judges using social media, even as Chief Justice S A Bobde who was present at the function spoke about "vested interests" involved in such campaigns.

"I am a great supporter of social media. Social media is empowering. Social media enables the people of India to ask questions, criticise the PM. That is a part of healthy democracy. Therefore, we all encourage that. Of late, I am noticing a rather disturbing trend...," Prasad said.

"Some people...They file a PIL on a particular issue, which they have got the right to file. Many PILs are filed. I am also a supporter of PILs, but at times there have to be some restraints, which the judges themselves have cautioned in their judgements. They file a PIL then they start a campaign on social media that only this type of judgement is possible in this case," the Minister further said.

"And if the judgement does not come in accordance to what they wish or what they perceive to be right, then they start not only criticising judges, but also trolling the judges.

"You can always criticise a judgement. That is your right, but if you start campaigning against a particular judge on social media, this is plainly not fair," he added.

Prasad also said that if judiciary has to work and discharge its duties, it must be left completely free to decide the cases as per the rule of law, the Constitution and their conscience.

"This kind of 'campaign justice' is plainly not acceptable," Prasad said.

Responding to the comments made by Prasad in his speech, Chief Justice Bobde said: "The administration of justice which Mr. Ravi Shankar Prasad said is often tried to be made difficult by some vested interests. But that is something we as judges have got used to."