'So What...Deity Will Be Unaffected If Idols Are Vandalised': Jagan Govt Minister Kodali Nani On Missing Hindu Idols 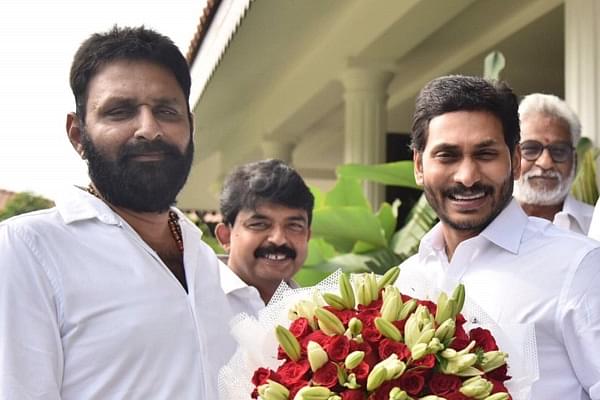 “So what if idols went missing? The deity will be unaffected if the idols are vandalised,” said Nani.

He added that the state government would compensate and make a new chariot if it was burnt in Antarvedi.

Nani was referring to an incident that occurred on 6 September when an ancient chariot at Antarvedi Temple was burnt down in suspicious circumstances.

Antarvedi is one of the most revered Vaishnavite religious centres in Andhra Pradesh.

Just a few months ago, another temple chariot was burnt down using an accelerant in the Prasanna Venkateswara Temple in Nellore just a few days before the Brahmaratotsavam and a Chariot Festival.

There have been a spate of incidents targeting Hindu temples since the beginning of the year.

In February, the idols of the deities at the Sri Venu Gopala Swamy temple were destroyed in Rompicharla village in Guntur District. The idol of Sri Ganesha was reportedly stolen.

In January, unknown miscreants were reported to have desecrated many idols of Hindu god and goddesses in Pithapuram city in East Godavari district of Andhra Pradesh. They also burnt down the banners which had images of Hindu gods printed on them.

Pithapuram is one of the 18 Sakti Peethams and the goddess here is known as Puruhutika Devi. The town is also called Datta Kshetram and Paada Gaya Kshetram.

In March 2019, two old Hindu temples in Suryaraopeta, Kakinada Rural mandal of East Godhavari District, Andhra Pradesh were demolished using a JCB machine by the pastor of a nearby church. He also took away the antique idols of the presiding deity of the temple.

In just the ongoing September month, two incidents have been reported. Three silver lion statues at Kanaka Durga temple in Vijayawada were stolen on 16 September. On 17 September, an idol of Lord Hanuman in Yeleswaram was vandalised.

Today, hundreds of Hindu activists gathered outside the Jaganmohan-led government outside the chief minister’s residence, protesting against the administrative apathy to hate crimes against Hindus.

Previously, the devotees had taken to the streets amidst a police lockdown after the Antarevedi temple incident to protest what they alleged was yet another act of arson against Hindu temples by Christian missionary groups.