Solomon Islands: Riots Erupt Over Govt Cosying Up To China, 3 People Charred To Death In Chinatown, Australian Troops Called In To Restore Peace 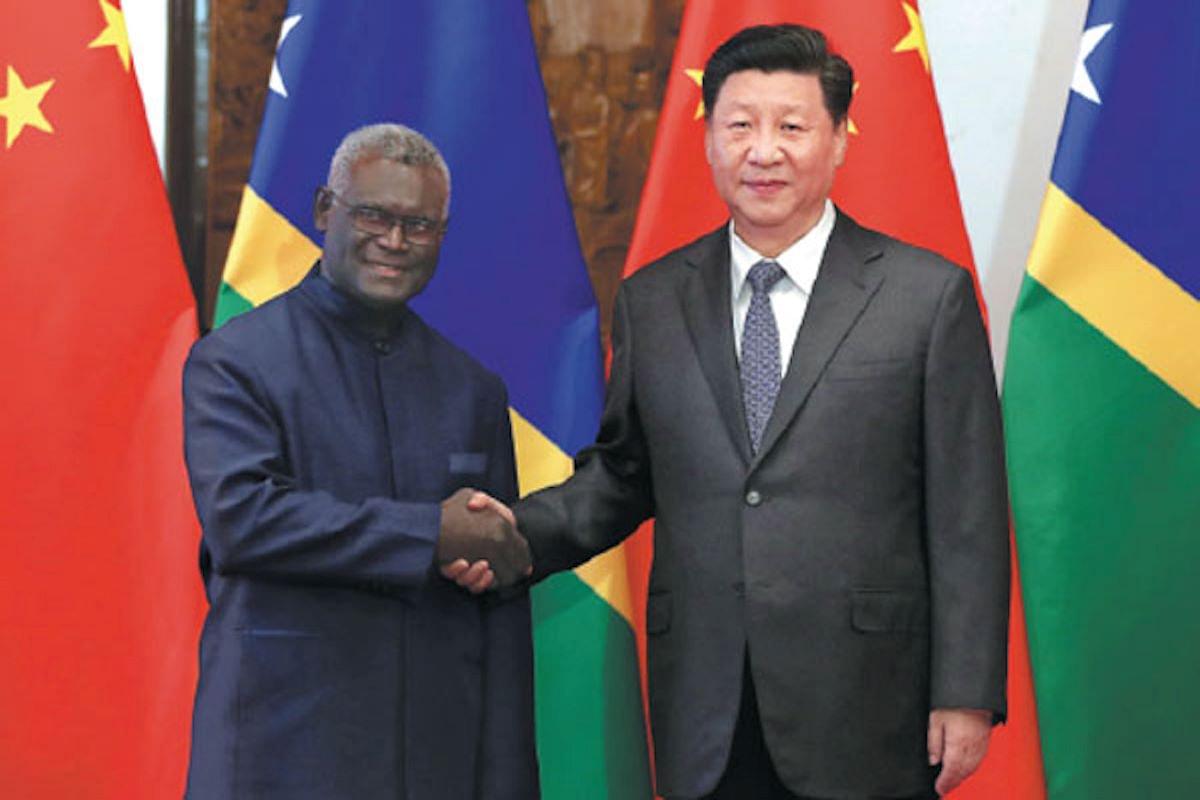 A building belonging to the Prime Minister was targeted and set on fire by angry protesters, with looters breaking in and causing damage. Violent mobs also attempted to set fire to parliament and the prime minister's private residence as police fired tear gas and warning shots to disperse the rioters.

Charred remains of three bodies was found in a shop in Chinatown district of Honiara, the country's capital. Several buildings were burnt down in the Chinatown.

Honiara has witnessed violent demonstrations target ethnic Chinese-owned businesses even in the past.

Australian troops were called in to reinforce the local police as part of efforts to quell the deadly riots. 100 Australian police and soldiers and a contingent of 50 from Papua New Guinea are helping restore pace in the trouble torn island.

Inter-island tensions, widespread joblessness due to economic devastation caused by the pandemic and anger over Sogavare seen as someone beholden to Beijing are seen as the reason for the series of violent protests in the Pacific nation.

Many protest who descended on the streets of Honiara were from the country's most populous province Malaita to the capital. Malaita have long held a grievance that their island is neglected by the central government.

The country has seen years of ethnic tension and violence between militia from the islands of Guadalcanal and Malaita.

Another major reason for the anger in Malaita was the decision by Sogavare-led central government of Solomon Islands to abruptly end relations with Taiwan after 36 years of ties and establish formal diplomatic ties with China. Beijing reportedly promised a financial aid of $US500 million ($730 million) to Solomon Islands for breaking ties with Taiwan.

The Premier of Malaita province, Daniel Suidani, has been a vocal critic of the cutting of diplomatic ties with Taiwan.

Suidani has vowed that Malaita would never cooperate with China and nullified licenses of businesses owned by ethnic Chinese, a move that received an admonishment from the national government. In May this year, Suidani flew to Taiwan for medical treatment without permission from Honiara.

Solomon Islands had previously been among only a handful of countries with diplomatic ties to Taipei rather than Beijing.

Anger has also been simmering over Chinese company's housing project that has faced criticism for falling short of building codes and being uninhabitable.

PM Sogavare termed the riots as a "sad and unfortunate event aimed at bringing a democratically-elected government down". He blamed unspecified foreign powers for the turmoil, and defended terminating diplomatic relations with Taiwan. "That decision is a correct decision, it is legal, it puts Solomon Islands on the right side of history and it is in line with international law," he said.

Last week, Chinese Foreign Ministry spokesman Zhao Lijian aid that his country was keeping a close eye on developments in the archipelagic country and supported the government’s efforts to prevent the protests from turning more violent.