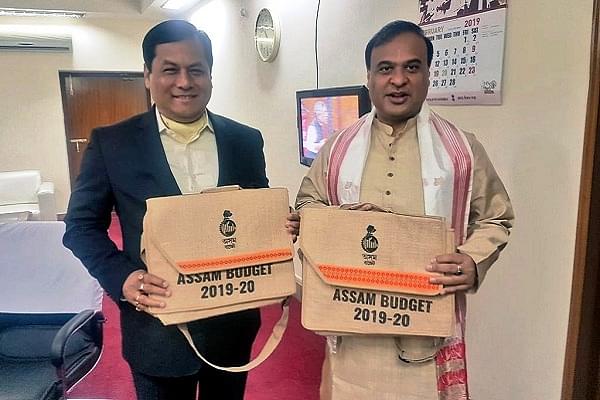 Six days after victory in Assam assembly polls, Chief Minister Sarbananda Sonowal and minister Himanta Biswa Sarma on Saturday (8 May) reached the national capital to discuss the leadership issue of the next government.

A meeting at BJP chief JP Nadda's residence to discuss the formation of the new government in Assam has already started. The BJP won the Assam Assembly polls for a second consecutive term.

The Saffron party has not called its parliamentary board meeting after the poll results, which normally takes a call on who will be the Chief Minister of a state.

The BJP had not announced a chief ministerial candidate before the March-April polls in Assam. The BJP had won 60 seats and its alliance partners AGP nine and UPPL six seats in the 126-member Assam Assembly.

Both Sonowal and Sarma along with Bimal Bora, Taranga Gogoi, Mukul Lahakar, Mantu Thakuria, Santoonu Kalita and Gautam Prasad reached Delhi in the same chartered flight in the morning.

According to sources, in the meeting names for the next Chief Minister will be discussed as six days have passed and no decision has taken on the formation of the new government in Assam.

The BJP had not announced a chief ministerial face before going for the polls. The Saffron party is finding it difficult to choose between the two -- Sarbananda Sonowal and Himanta Biswa Sarma, as the factors on the ground and within the state unit have changed.

"Majority of MLAs are in favour of having Sarma as their Chief Minister. Sarma is also popular among masses for tirelessly working to control the Covid," a Assam BJP leader said.

Sarma, a former Congress leader who joined BJP in 2015, had played an important and crucial role in formation of the BJP government in 2016. He has become one of the most prominent faces of the party in the state and the whole of the North East region. He is also the convener of the North-East Democratic Alliance (NEDA) and is considered to be the party's main political brain in the area.

Another party insider said that Sarma left no stone unturned for the Chief Minister post as he believes he not only deserves it but also earned it. On the other hand in 2016, Sonowal had led to the BJP's maiden victory in Assam and successfully run the government for five years. He also enjoys the support of the RSS.