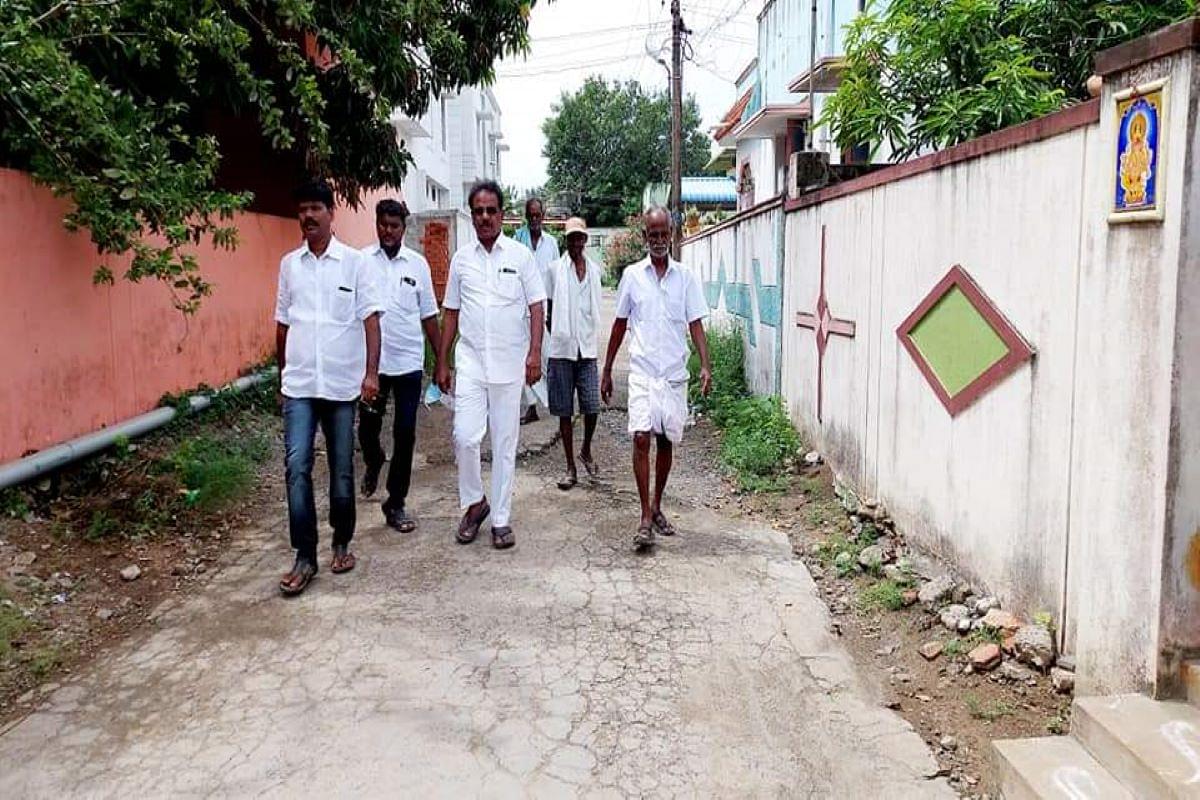 The Maraimalai Nagar Police registered a case against senior DMK leader and Tambaram legislator S.R. Raja for threatening a management representative of a private firm in Singaperumalkoil.

The video of the incident went viral on social media, evoking widespread condemnation from opposition leaders and netizens.

In the video, the ruling party MLA is seen intimidating and abusing a senior management official of Dae Jung Mo Parts Pvt.Ltd, a South Korea-based private company that manufactures rubber and plastic parts for automobiles.

Based on a complaint by Krishnamoorthy, CEO of Dae Jung Mo Parts Pvt.Ltd, alleging that they were threatened, the MLA was booked under three sections of IPC, including trespassing and criminal intimidation.

Raja is said to have threatened the officials on behalf of his close associate, who reportedely owned the land on which the company is functioning. The MLA and his associates wanted the company to vacate the land though the Korean company had leased it till 2028. The MLA's associate was previously associated with the company and faces accusations of siphoning off funds.

Condemning the incident, state BJP leader K. Annamalai said ""In the Dravidian Model Aatchi of @arivalayam, I wonder which is a bigger threat to people - L&O breakdown during DMK rule or L&O breakdown DUE to the DMK rule? (Seen in the video: DMK MLA SR Raja threatening and verbally abusing employees of a factory in Maraimalai Nagar)".

In the Dravidian Model Aatchi of @arivalayam , I wonder which is a bigger threat to people - L&O breakdown during DMK rule or L&O breakdown DUE to the DMK rule?

(Seen in the video: DMK MLA SR Raja threatening and verbally abusing employees of a factory in Maraimalai Nagar) pic.twitter.com/8tZZg4s3Tr

A businessman -turned politician and an old loyalist of Chief Minister M.K Stalin, Raja earlier served as the chairman of Tambaram Municipality. He won from Tambaram in the 2006 and 2016 elections. He was re-elected in 2021 state assembly polls.

During the previous DMK regime between 2006 and 2001, several party functionaries frequently faced accusations of illegal land grabbing, which snowballed into a major electoral issue.

The police had claimed that they had received about 20,000 complaints of land-grabbing since June 2011 when the ADMK government led by Jayalalithaa launched a crackdown and set up special land-grab cells.