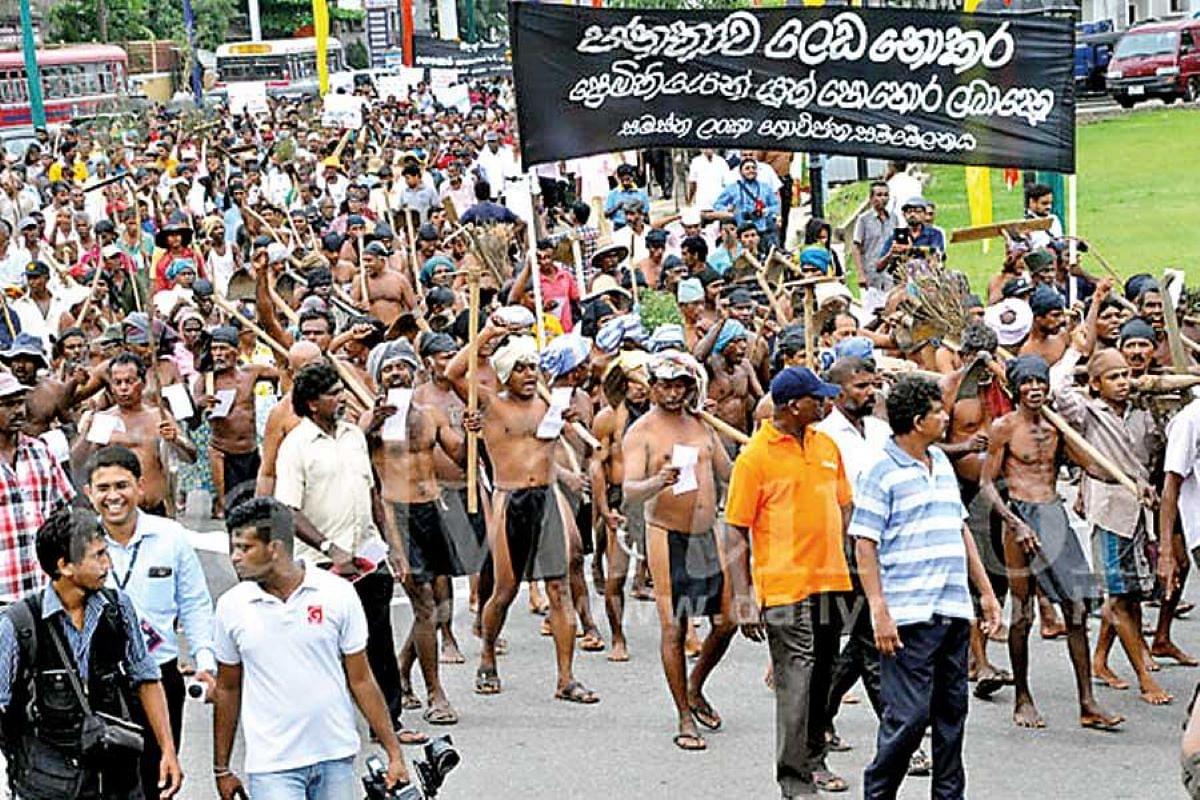 Sri Lankan government has dismissed the country’s top agricultural scientist for publicly warning that Gotabaya Rajapaksa government ban on agrochemicals will lead to shortfalls in food output and exacerbate the economic crisis in the pandemic-hit Island.

Professor Buddhi Marambe, the top advisor on agriculture, was sacked on Tuesday (Oct 26) from all his government positions after his criticism of the sudden ban on chemical fertilisers, the Agricultural ministry said in a statement.

“He has criticised government policy of moving towards total organic farming and has been instigating protests,” the statement said.

In April this year, President Gotabaya Rajapaksa announced that only organic farming would be allowed in Sri Lanka, aiming to become the first in the world to have 100 percent organic farming.

In May, President Rajapaksa also imposed a total ban on agrochemicals- based fertilisers. The president said that it was done to address the country's chronic health problems like kidney disorders and cancer. He cited ecological destruction wrought by agrochemicals.

The president also said that the move will help save around $200 million incurred on importing agrochemicals. Sri Lanka’s chemical fertiliser import in 2020 was 1.26 million tonne

Agriculture experts had strongly criticised the move as “ill-advised” and “unscientific”. The farming community expressed fears that such drastic policy shift could result in steep drop in yield. Paddy farmers anticipate a 25% production slump, while growers of tea, which is a key foreign exchange earner for Sri Lanka, fear a likely 40 - 60% fall in output.

Sri Lanka is currently reeling under a pandemic-induced economic crisis, with a rising foreign debt, depleted foreign exchange reserves and a devaluing currency. A severe food shortage has made things worse. The ban on chemical fertilisers and pesticides also triggered hoarding by traders and companies, leading to black-marketing

Rajpakse government assured that there are ample fertiliser stocks to be distributed till September and that farmers would receive organic fertiliser by the beginning of the Maha season. There are two cultivation seasons in Sri Lanka — Yala (April-May to August-September) and Maha (September-October to February-March). However assurance were not fulfilled. Famers have now taken to the streets demanding the government to give them fertiliser as promised.

As farmers protests grew and scientists warned of a looming disaster, the government has relaxed a part of the fertilizer ban.

The government planned to import a consignment of organic fertiliser from China but the process had to be halted when standards institutions detected harmful pathogens in these samples.