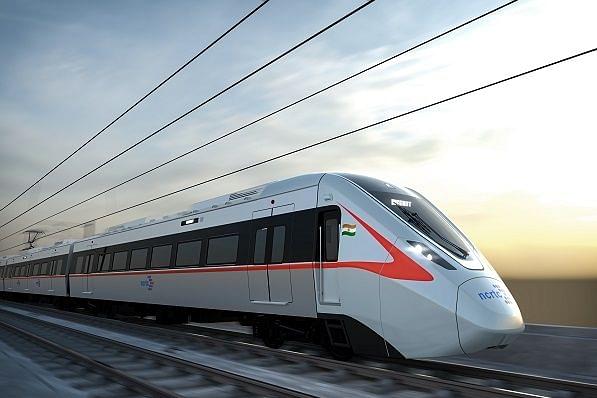 In yet another shot in the arm for realizing the dream of seamless connectivity across National Capital Region(NCR) the Government of Haryana on Wednesday (Dec 23) approved the 103 km Delhi-Panipat Regional Rapid Transit System (RRTS) corridor.

The construction and commissioning of the Delhi-Panipat RRTS will be undertaken in two stages – from Sarai Kale Khan to Murthal, including Murthal Depot (58.28 km) , and between Murthal and Panipat, including Panipat Depot (44.74 km).

The state cabinet also approved gross contribution of Rs 4,699 crore as the state’s share towards the project cost. The overall cost of the corridor is estimated to be Rs. 21,627 crore.

The state cabinet also approved to permit purchasable FAR of upto 1.25 within the project influence zone in Haryana. Since the sale of purchasable FAR is directly attributed to development of the RRTS, it has been decided that 80 per cent of the revenue to be realised from the sale of additional FAR for the designated mixed-use areas will be shared with the RRTS project.

The project will enable efficient and effective movement of a large number of people into vastly congested places and provide important links for residents of urban/sub-urban nodes in Haryana to access services and facilities in towns and cities of the region, while bringing and accelerating economic development of these urban nodes, it added.

National Capital Region Transport Corporation Limited (NCRTC), a joint venture undertaking of Govt of India and States of Delhi, Haryana, Rajasthan and Uttar Pradesh and under the administrative control of Ministry of Housing and Urban Affairs, is entrusted with the mandate to design, construct, operate and maintain rail based RRTS project across the National Capital region (NCR) of India.

Of the eight identified RRTS corridors to connect NCR towns, three have been prioritised for implementation in Phase 1 —Delhi-Ghaziabad-Meerut, Delhi-Gurugram-Shahjahanpur-Neemrana-Behror Urban Complex-Alwar and Delhi-Panipat.

RRTS will be designed to operate at a speed of 180 kmph and use state of the art technologies for track structure, rolling stock and signalling system.

The Delhi-Meerut RRTS corridor comprises of 22 railway stations (including 6 stations of Meerut Metro Rail Project) will connect Delhi to Meerut through a rapid rail network. The estimated 82 km long network will pass through one of the most densely populated sections of the NCR connecting Delhi to Uttar Pradesh.

The first phase of the ambitious Rail Rapid Transit System (RRTS) is expected to be operational in three years with the 17-km stretch connecting Duhai-Shahibabad section in Uttar Pradesh’s Ghaziabad to open for public by early 2023.

The construction work for NCR’s second Regional Rapid Transit System (RRTS) line connecting Delhi – Gurugram – SNB (Shahjahanpur – Neemrana – Behrod) has also started. This corridor will be of 106.5 km length with mostly elevated line with 16 stations. The Delhi – SNB RRTS line was approved for construction by the Haryana Government in February 2019.