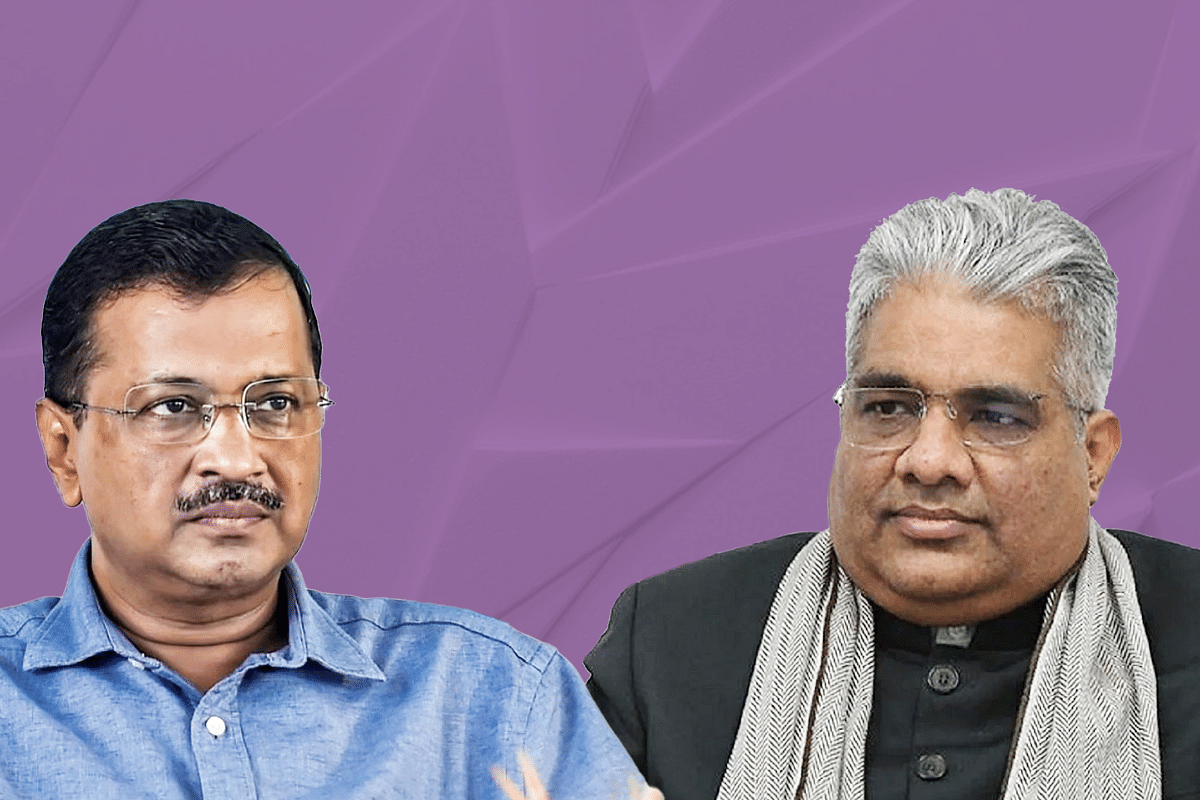 The Aam Aadmi Party (AAP) government in Delhi and Punjab are in a precarious situation as Delhi’s air turns toxic with an AQI of 500 and more.

An AQI (Air Quality Index) above 500 comes under "hazardous" category.

Unable to control incidences of stubble burning in Punjab, old videos of Chief Minister of Delhi and AAP convenor, Arvind Kejriwal, where he is stating the multiple uses of stubble, are being shared widely.

In one of the videos, Kejriwal is explaining that the stubble could be used to produce biogas, fertiliser, cardboard, among others. He said that stubble could become a source of income for farmers in Punjab.

These videos date back to the time when the Congress government was ruling Punjab.

However, now that the AAP government is in power, in both Delhi and Punjab, the goalpost has shifted. The Punjab government has been unable to contain stubble burning in the state.

According to the Indian Agricultural Research Institute (IARI), Punjab reported 3,634 farm fires on Wednesday, the highest this year so far.

Launching a scathing attack on AAP, Union Environment Minister Bhupender Yadav said that there has been a 19 per cent rise in farm fires over 2021 in Punjab. He added that the AAP has turned the national capital into a gas chamber.

Yadav said that Punjab, a state run by the AAP government, has seen an over 19 per cent rise in farm fires over 2021, while BJP-ruled Haryana has seen a 30.6 per cent drop.

“So, about Rs 492 crore was available but the state government chose to sit with the funds forcing helpless farmers to burn the crop residue,” he said.

Chief Minister Arvind Kejriwal blamed the centre for the rise in pollution.

He tweeted that pollution is an issue for entire north India. He also told the Centre, “Don't abuse the farmer. Don't file FIR against them” and added that the people of Punjab and Delhi are taking all steps at their level. The Center will have to come forward and work out a solution with all the state governments.

The Rise In Stubble Burning Incidents

Throwing light on the increased incidents of stubble burning in the past few years, Member of the Economic Advisory Council to the Prime Minister of India, Sanjeev Sanyal, tweeted that the rise could be attributed to the shift in the kharif cropping cycle by three weeks.

He said that 15 years ago, Punjab farmers sowed by mid-June and harvested by mid-October. This ensured that they would be ready to sow the rabi crop by early November.

However, using the satellite images it could be seen that the crops are sown in early July and must be hurriedly harvested in early November. This gives only a week to farmers to clear the land before sowing rabi crops.

As a result, the farmers resort to crop burning, the fastest way to clear the land. He added, “authorities need to solve for the regulations, choice of paddy variety & other changes in farm practice that have led to this 3-week shift.”

Besides, blame game, the AAP government in Punjab has not been able to provide any solutions, drawing criticism from all quarters for their failure.

The complete ban on firecrackers during Diwali, too, has turned out to be a gimmick by the AAP government in Delhi to divert attention from the actual source of air pollution in the capital.