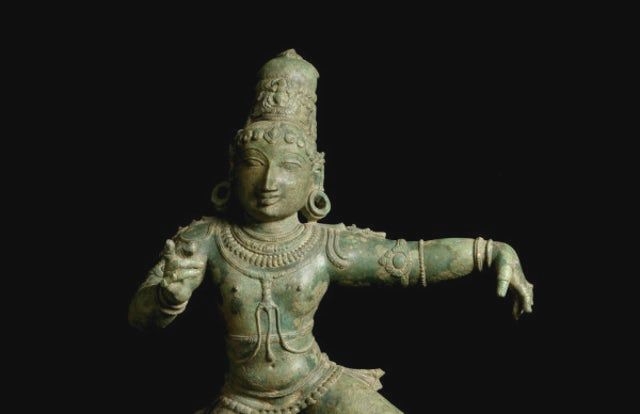 In what looks like a case of complicity on the part of the Tamil Nadu police and the State Hindu Religious and Charitable Endowments (HR&CE) Department, case diaries of 41 thefts of temple idols and invaluable artefacts have gone missing “mysteriously”.

This has come to light after a lawyer and Right to Information (RTI) activist, “Elephant” Rajendran, petitioned the Madras High Court for a court-monitored investigation by a retired police officer into the missing of the files.

A two-bench of the High Court comprising Justices M Sathyanarayanan and R Hemalatha has ordered a detailed status report from the State’s Home Secretary and Director General of Police besides the Idol Wing-Criminal Investigation Department (CID).

Rajendran said that the case diaries of more than 41 theft of temple idols and jewels have either been stolen or gone missing.

A case diary is a record of daily investigation into a case. Under Section 172 of the Criminal Code Procedure (CrPC), a police officer probing a case has to maintain a record of investigation done every day in the particular case.

He alleged in his petition that the diaries have gone missing as police officials did not want to take any action against any suspect since very important persons or VIPs were involved in these cases.

Rajendran, who got the information on the missing case diaries through RTI, told the High Court that the Department of Police had responded to his RTI queries saying that three diaries on idol theft in Tiruvannamalai district, 12 diaries of cases in Thiruvallur district, five dairies of cases in Cuddalore district could not be located as they had gone missing.

Other dairies missing were: two each from Salem, Tirunelveli and Dharmapuri district, seven from Perambalur district, six from Nagapattinam district, three from Ramanathapuram district, and one each in Erode, Namakkal, Krishnagiri, Theni and Thoothukudi district.

The information was received from the State Government in March 2018.

S Vijaykumar, co-founder of Indian Pride Project and author of the book ‘The Idol Theft’ told Swarajya that media reports on the petition and the subsequent outrage on social media do not present the true picture.

"They insinuate that the files have gone missing recently and after a certain officer was relieved of his special posting. The fact is this case based on information obtained by the advocate (Rajendran) under RTI Act 2005 when retired Inspector General (IG) of Police A G Pon Manickavel was headling the Idol Wing CID," he said.

"While we still do not know when these cases went missing, it is pertinent to note that the said officer joined the wing in 2012 and was incharge till 2019 December. While the case diaries going missing is shocking but not surprising as we have seen many such as this," Vijaykumar said.

Right from the 1950s, cases have been closed saying the missing idols were "untraceable", he said, adding that the current team led by Director General of Police Abhay Kumar Singh has been working pro-actively in a short span of time in reopening such cases as seen in the recent case to retrieve the Tirumangai Alwar bronze statue from the Ashmolean Museum in Oxford, UK.

"We believe given ample time and resources, the idol wing will be able to file a proper response not only on these 41 but also on many cases that are listed in the HRCE counter as untraceable," Vijaykumar added.

An RTI activist associated with the petitioner said the case diaries date back to the period when the Dravidian parties came to power. He did not wish to be identified.

The activist alleged that leaders from the Dravida Munnetra Kazhagam (DMK) and All India Anna DMK (AIADMK) are involved in these cases.

The Madras High Court has been monitoring the idol theft cases since 2017. In December last year, the State Government asked Manickavel to hand over all records to Director General of Police Abhay Kumar Singh.