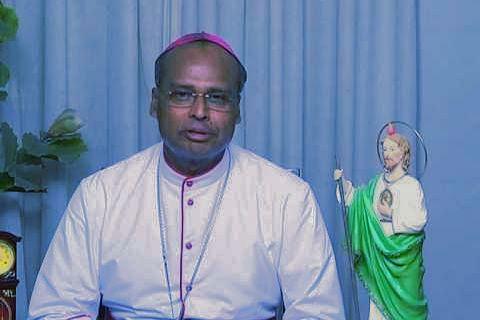 Roman Catholic institutions in Tamil Nadu have launched a campaign against the National Educational Policy (NEP) 2020, joining hands with other political parties such as the Dravida Munnetra Kazhagam and non-governmental organisations in the State.

Yesterday (30 August), they launched a social media campaign demanding that the Tamil Nadu government not implement the National Educational Policy (NEP) 2020. On social media, the move was criticised as a "dangerous trend".

The campaign was run with instructions coming from the Archbishop of Madras and Mylapore George Antonysamy, asking Catholic educational institutions, teachers and students to voice their opinion against NEP on Facebook.

The campaign had been launched under the umbrella of Tamil Nadu Catholic Educational Association (TANCEAN). The association has been protesting against the policy ever since its draft was released by the Centre in 2016.

Pointing out that TANCEAN had taken part in a coordinated campaign against NEP on 16 August along with various other organisations and political parties, Antonysamy said “it is painful that the NEP is being implemented”.

However, it was not specified what exactly was his or TANCEAN's problem with NEP 2020. In 2016, TANCEAN had alleged that the national educational policy was aimed at promoting Hindutva.

Then, Antonysamy had told the media that four of five members of the TSR Subramanian committee were bureaucrats with Rashtriya Swayamsevak Sangh (RSS) background.

He said there were no details on the inputs the committee had received and the reasons for their considerations or rejections. He demanded that the policy be redrafted.

In particular, he condemned the inclusion of yoga in the curriculum and reference to Vedic studies.

In Tamil Nadu, Opposition parties led by the Dravida Munnetra Kazhagam (DMK) have been campaigning against NEP ever since its draft was released, on the grounds that it was trying to impose Hindi on the people of Tamil Nadu.

The Centre has made it clear that NEP 2020 advocates learning of additional languages and does not impose Hindi on anyone.

TANCEAN’s opposition comes on the heels of Christian organisations protesting against the Citizienship Amendment Act (CAA) 2019, which in fact paves way for fast-track citizenship to Christians among other communities facing threats in Afghanistan, Bangladesh and Pakistan.

When Swarajya contacted one of the persons whose numbers had been given for the campaign, he refused to comment, saying the communication was a confidential one sent to Catholic institutions in the State.

On being asked that what exactly was the problem that TANCEAN had with NEP 2020, the person said: “There is needless controversy by making the confidential communication public on Twitter by persons such as H Raja (Bharatiya Janata Party national secretary).”

To a question regarding why the Church was opposing any proposal from the Centre, including CAA which benefits Christians, the person who responded to the phone call refused to respond saying “I don’t want to enter into any argument. You can go and see YouTube for details.”

One of the numbers given in the Archbishop’s letter was that of a non-governmental organisation People’s Watch.

An observer said that with elections to Tamil Nadu Assembly scheduled to be held in May next year, nearly all parties were indulging in politics in almost every issue pertaining to the Centre and the Narendra Modi government.

On social media, the Archbishop's instructions were construed as a move to instigate the people and indulge in false propaganda.