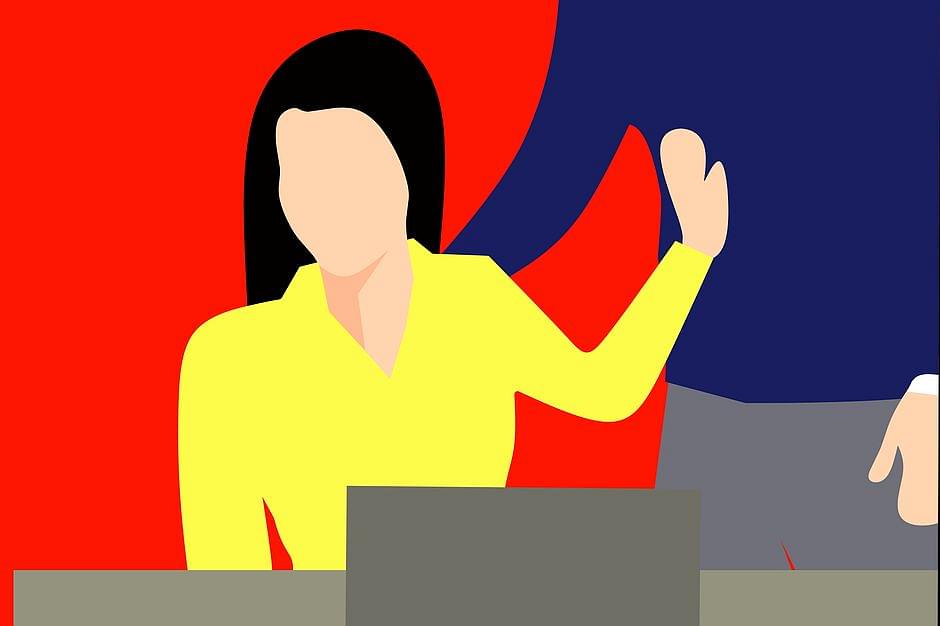 An administrator of Chennai’s prestigious Loyola College who had alleged sexual harassment by a priest administering the college alumni association has been awarded a compensation of Rs 64.30 lakh by the Tamil Nadu State Commission for Women.

The compensation, arising out of a suo motu cognisance of the administrator’s plight, covers her remuneration for 81 months, damages for the mental stress caused to her, unkind words of sexual harassment and for filing a false complaint against the victim.

The commission also found that the administrator, Mary Rajasekharan, whose service at the college was terminated in September 2013 after she joined in 2010, had a very good track record and that there was no reason for terminating her service.

Loyola College has abruptly stopped her from work in a deliberate manner, it concluded.

Zee Media, which reported the compensation, also contacted Loyola College counsel, who said the commission should not have taken up the case as it was sub-judice with the Madras High Court hearing Mary Rajasekharan’s petition.

The counsel said the college would challenge the compensation awarded to the administrator.

Kannegi Packianathan, Tamil Nadu State Commission for Women chairperson, said the commission was an independent panel and it had the rights to investigate the issue.

She said the issue was brought before the commission by Mary Rajasekharan, a senior citizen who had been rendered jobless for several years.

The commission found during its visits to the college premises that Mary Rajasekharan’s original certificates were missing and she was not given a relieving order while she was verbally told not to report for work.

The college had also violated employment rules by not informing the Directorate of College Education of the termination of the administrator.

In February 2016, Mary Rajasekharan filed a petition in the Madras High Court saying her troubles began six months after joining the college when she found the director of Loyola Alumni Association, Xavier Alphonse, siphoning off nearly Rs 1 crore from the corpus of the college alumni association to a personal trust run by him.

Mary Rajasekharan then complained that Alphonse had also misused the scholarship scheme of the college by providing them to ineligible candidates.

These issues were brought to the notice of the college management in August 2013, leading to Alphonse's powers being curtailed.

The college principal acknowledged her complaint and made it mandatory for the alumni association payments to be executed only with the endorsement of the college campus treasurer.

Since then, Mary Rajasekharan said, Alphonse began harassing and abusing her at "every possible instance".

Also, in 2013, the college organised a “Star Night” (Kalloori Padhai) programme inviting celebrities who were its past students to generate funds for building a “Commerce Block” in its premises.

Mary Rajasekharan and her son, who was an executive committee member of the alumni association, put in efforts going out of their way to make the programme a success.

They sold tickets for the programme and roped in big business houses as sponsors to generate the funds.

But Alphonse stymied their efforts by making sponsors and donors draw cheques for the payment in favour of his personal trust.

He also “subverted” the fund collection by distributing a large number of free complimentary tickets to his family and friends’ circle. These actions of the priest were also reported to the college management.

As Mary Rajasekharan persisted with her complaints, her place of work was changed and she was made the secretary of the rector through an order on 20 February 2014. However, Alphonse continued to sexually harass her.

When she took up her cause with the management, she was dissuaded from even lodging a complaint with the police, as its members feared the college image could be affected.

The management told Mary Rajasekharan that Alphonse was being shifted to another institution and she should wait till then.

Mary Rajasekharan said in her petition that, in the meanwhile, the priest instigated an alumni association member to file a false criminal complaint against her son, Joseph Dominic Kennedy.

She then took up her case with then Coimbatore City police commissioner, A K Viswanathan, an alumni of the college. She wrote an email on 14 June 2014 detailing the background on why a made-up case has been filed against her son.

She also gave details of the sexual harassment she was subjected to and she sought an impartial enquiry into the complaint, assuming the police official would initiate some action.

Mary Rajasekharan also informed the college management of her email to the Coimbatore police commissioner.

However, on 3 September 2014, the rector asked her to stop coming to the college as steps had been initiated to transfer Alphonse and she could report after that.

She was assured that her salary during her absence would be paid on return to work.

Priest Alphonse was transferred on 13 September 2014 to Madurai but she was not reinstated until 18 December 2015. When she met the college principal, he indicated that she would not be called back for duty again.

Mary Rajasekharan contended that as a regular employee, her services cannot be terminated abruptly without any enquiry or show cause notice.

The college management is also yet to conduct an enquiry into the sexual harassment as per the Sexual Harassment of Women at Workplace (Prevention, Prohibition and Redressal) Act, 2013. The Supreme Court guidelines on dealing with sexual harassment complaints in the Vishaka case judgement have also not been followed, she said.

The case in the Madras High Court has not made any progress as the college and other respondents are yet to reply to the charges made by Mary Rajasekharan.