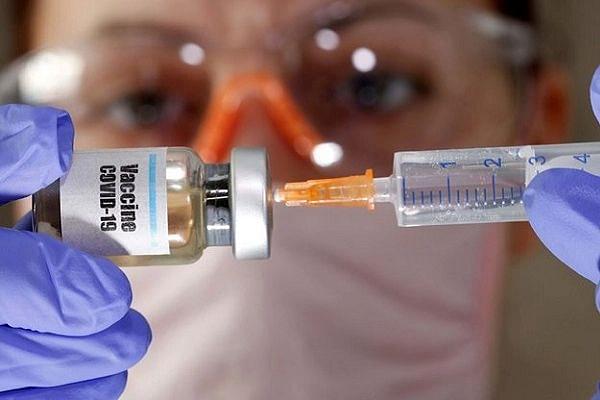 The daily average of Covid-19 cases in the United States reached its highest level since February on 8 August, while the Delta variant continues to show its dominance in the country.

Hospitals in the southern part of the country are running out of room as Covid-19 victims take up all beds. Some patients are also unable to receive the care they would normally receive.

States around the country are battling the Delta variant, which is the most contagious coronavirus strain yet. According to CNN, the situation is particularly concerning in certain Southern states.

Last week, Louisiana reached a new high for Covid-19 hospitalisations. Meanwhile, the coronavirus is causing havoc in Florida, where on 8 August, about one out of every four hospital beds had a COVID-19 patient. On 6 August, the Centers for Disease Control and Prevention (CDC) recorded 23,903 new coronavirus cases in Florida, the most in a single day since the pandemic began.

According to a poll conducted by the Florida Hospital Association, hospitalisations in Florida have increased by 13 per cent since the state's previous high on 23 July 2020. As per Johns Hopkins University, the United States is currently averaging more than 100,000 new Covid-19 cases each day, the highest level in six months.

Dr Rochelle Walensky, the director of the CDC, said recently that most of the people hospitalised with Covid-19 or who die from it are not completely vaccinated. According to CDC, the data is clear—vaccinations provide superior protection against re-infection for adults who have previously been infected with Covid-19 than natural immunity alone.

Walensky said: "If you have had Covid-19 before, please still get vaccinated. Getting the vaccine is the best way to protect yourself and others around you. especially as the more contagious Delta variant spreads around the country."

Despite efforts being made by the Joe Biden administration, vaccine hesitancy still exists in the United States. Furthermore, nearly half of the country is not fully vaccinated, including children under the age of 12 who are not yet eligible yet are nonetheless at risk of contracting Covid-19. This situation is concerning as the Delta variant, according to scientists, is as contagious as chickenpox, with each sick individual possibly infecting eight or nine others.

In June, The New York Times reported that experts were afraid that a spike in cases could occur this summer in areas across the United States south regions where vaccination rates are low. While a dozen states, many of them in the Northeast, such as Maine, Massachusetts, and Connecticut, have already given at least one dose to at least 70 per cent of adults, for some states in the South, that marker is nowhere to be found.

The report also noted that about half of adults or less had received one dose in 15 states, including Arkansas, the Carolinas, Georgia and Louisiana. It was estimated that it would take about a year to reach 70 per cent of the population in two states, Alabama and Mississippi.

But it was also claimed that even if 70 per cent of individuals are immunised, the virus and its further mutated versions can spread among those who refuse to get the jabs.

Dr Peter Hotez, a vaccine expert at Baylor College of Medicine, stated earlier that to avoid a summer surge, states in the South must catch up to those in the Northeast, where 70 per cent of their populations have already received at least one shot of Covid-19 vaccine.

In early July, as the Biden administration faces pressure to reopen the borders to international visitors, several Republican governors with low immunisation rates in their areas have pushed constituents to accept the doses. The push from the governors came as evidence that showcased the vaccine hesitancy among the people.

Asa Hutchinson, the governor of Arkansas, Jim Justice, the governor of West Virginia and Spencer Cox, the governor of Utah, have all warned against vaccine hesitancy, which some disease experts, including the top American expert Anthony Fauci, have said could result in "two types of America".

At that time, Hutchinson said that everyone is now in the race against the virus. He stressed the fact that "if we stopped right here and we didn't get a greater per cent of our population vaccinated, then we're going to have trouble in the next school year and over the winter".

In the case of low vaccination, it needs to be understood that political ideologies have played a role in the United States. In July end, Forbes reported that according to a Public Religion Research Institute (PRRI)/Interfaith Youth Core (IFYC) poll, nearly 40 per cent of Republicans are still hesitant or refuse to get the vaccines, though certain subsets of the GOP appear to be notably more likely to accept or refuse the shot based on their religion, media consumption and whether or not they believe in the QAnon conspiracy theory.

According to the survey, 64 per cent of Republican respondents are Covid-19 "vaccine accepters," meaning they have been or plan to be vaccinated, up from 45 per cent in March, while 18 per cent are hesitant and 19 per cent refuse to be vaccinated.

It was stated that Republicans who watch far-right television news are the most likely to refuse the Covid-19 vaccine, while 8 per cent are uncertain about the shot and 45 per cent accept it. Additionally, the report said that Republicans who are conservative white Protestants are more likely to be against the vaccine than those of other religions, with 55 per cent embracing the vaccine compared to 67 per cent for other religions—while 24 per cent of evangelicals denied the shot and 21 per cent are unsure.

A separate poll from Morning Consult—published on 22 July involving over 38,000 Americans—claimed that 28 per cent of Republicans were unwilling to be vaccinated, while another 13 per cent were unsure.

While some Republican Party governors are urging people to get the jabs, Reps. Lauren Boebert (R-Colo.) and Marjorie Taylor Greene (R-Ga.) are among the most vocal vaccination opponents in the GOP. While Greene was temporarily banned from Twitter in July for making incorrect assertions regarding Covid-19, Boebert has continued to oppose both mask mandates and vaccine precautions aimed at preventing the coronavirus from spreading.

However, recent reports revealed that as schools reopen in the US, paediatric hospitals are filling up with coronavirus patients, owing to the latest outbreak, driven by the concerning Delta variant. As per USA Today, health officials noted that children's hospitals in Tennessee would be entirely filled by the end of this week, and the number of kids hospitalised to a Jacksonville, Florida, paediatric hospital in July was more than four times the amount admitted in June.

Meanwhile, according to a new report from the American Academy of Pediatrics, Covid-19 cases in children had increased by 84 per cent in the last week of July. In other words, 72,000 children tested positive for the disease. These children currently account for 19 per cent of all positive cases.

National Institutes of Health director Francis Collins told ABC News that while 90 million American adults are still unvaccinated, the largest number of kids so far in the whole pandemic right now is in the hospital—"1,450 kids in the hospital from Covid-19".

While talking about mask-wearing, he said: "This is not a political statement or an invasion of your liberties. This is a life-saving medical device."

Additionally, Collins stated that "asking kids to wear a mask is uncomfortable, but, you know, kids are pretty resilient. We know that kids under 12 are likely to get infected and if we don't have masks in schools, this virus will spread more widely".

Meanwhile, Dr Anthony Fauci, chief medical adviser to Biden, said that the best approach to protect youngsters from the novel coronavirus would be to "surround them with those who can be vaccinated, whoever they are. Teachers, personnel in the school, anyone, get them vaccinated."