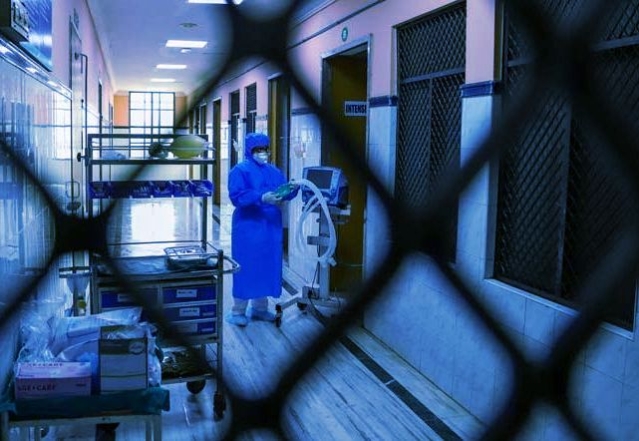 While Karnataka’s efforts in the fight against Covid-19 have yielded results in other parts of the state, one cluster in Nanjanagud in Mysuru has turned into a headache for the administration.

Ten out of the 17 new cases that the state saw until noon today have been reported from Mysuru. Of these, nine are workers of Jubilant Generics, a pharmaceutical firm in Nanjanagudu which is the epicentre of the epidemic in the city.

This is the highest number of cases reported in a single day in Mysuru.

Moreover, the solo non-Jubilant non-Tablighi case in the city is also a cause of concern as the patient has no history of foreign travel.

The owner of the firm is yet to found, as per reports. As Minister in charge of Covid briefings in the state Suresh Kumar said on Wednesday, he has been traced to Delhi and “ efforts were on to find him,”.

There were over 1300 secondary contacts of the workers of the company out of which samples of at least 760 people have been collected and sent to NIMHANS in Bengaluru for testing. Around 100 are being tested in the city itself, said Mysuru Deputy Commissioner Abhiram G Shankar, as reported.

This surge in numbers takes the total Covid-19 cases in the City of Palaces to 58. Out of these, 45 are employees of the said company.

Worryingly, the administration hasn’t been able to trace the source of the infection even after the first positive case has been discharged (on 11 April).

As reported, 1310 samples have been tested till date in the city, 1564 people are under 14 day home isolation at present while 2025 people have completed the two week home isolation term.

Some reports suggest that the administration is under pressure to reopen the pharma company. However, the newly appointed district in-charge minister ST Somashekar has reiterated that there is no question of opening the company until the situation is under control.

The premises of the company has been completely shut down. All its employees and their families have been home quarantined.

The first case, identified as P52, had sent the state in a tizzy as the administration didn’t find history of foreign travel or contact with someone with travel history to Covid-19 affected countries.

This case, which was reported positive on 26 March, is said to have been put under medical supervision post 20 March. But in no time, more cases began to be reported from among his primary contact, leading to over 1000 people being quarantined.

The administration is still trying to identify the source of this infection. All possible causes are being investigated, including the much-discussed import of raw materials from China, visit of officers from Goa for audit, and visit of foreign delegates to the Nanjangaudu premises.

A Public Interest Litigation was filed last week (9 April) in the Karnataka High Court alleging negligence that led to the spread of the epidemic.

Jubilant Generics Limited is part of the Jubilant Bhartia Group. The company has been demanding continued operations of its plant saying it manufactures Active Pharmaceutical Ingredients (APIs or bulk drugs) like Azithromycin Dihydrate and Azithromycin Monohydrate. These drugs are said to be required to treat Covid-19 patients and “therefore, it was critical for the company to continue its operations in its efforts to help fight the global epidemic of COVID-19,” the company said, as reported.

The state health administration has also not ruled out the possibility that “a mildly infected visitor from China may have visited Jubilant Generics just before India banned travel to and from China”.

The MLA of Nanjanagud Harshavardhan has been quite vocal about his anger with the pharma company and has condemned the negligence on its part. He has also demanded action against the firm.

However, Mysore Member of Parliament Pratap Simha, reports suggest, has been batting for the pharma company. Simha is reported to have said that it was unfair to blame the company without any proof.

“Who knew that virus could spread from a container,” he has questioned, this report says.

During an online interaction with a news publication, Health Commisioner Pankaj Kumar Pande has said there are several missing links in the Jubiliant pharma cluster and that house-to house surveys will soon be initiated in the area to identify fever cases.

“It’s a mystery to us and also to the National Institute of Virology, Pune, that conducted the tests. The virus can’t come from nowhere and affect the entire area,” he said, adding that the entire case now rests on the ‘veracity of the statements made by multiple patients from the cluster’.