The Karnataka Model: How Hyper Cautious Karnataka Consistently Monitors And Contains Coronavirus Spread In The State 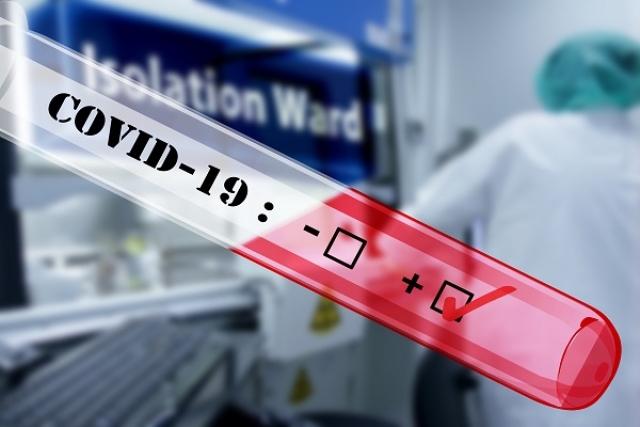 An infographic tweeted by Karnataka’s Minister of Medical Education Dr Sudhakar K gives a glimpse into how Karnataka has successfully managed to exit from being one of the top three states affected by coronavirus. It slipped below the top 10 in a fortnight.

How we in Karnataka fighting covid? pic.twitter.com/NEbaCKTThL

This is the state which saw the country’s first Covid-19 fatality on 10 March. One month later, the state has been comparatively successful in containing the spread of the virus. It stands 21st in its average growth rate at 5.7 per cent while the national average is 13.5 per cent.

Even in terms of its mortality rate, the number of deaths stands at seven and is the lowest among the top 10 states.

The seventh fatality has been reported from Kalaburgi itself and the victim was a contact of a person who attended the Tablighi Jamaat event in Delhi. Districts like Dakshina Kannada have reported no positive cases in the last nine days, while the cluster at Nanjangud in Mysuru is being scrutinised effectively.

As minister Suresh Kumar, spokesperson on matters relating to Covid-19, explained on Thursday, at 2.5 per cent, the state’s ‘positivity rate’, which is the number of positive cases divided by total tested, is much lower than that of Maharashtra (5.53), Tamil Nadu (11.52) as well as Kerala (2.63).

Up until 13 April, Bengaluru saw 27 out of 77 patients discharged, Mysuru has 10 out of 48 discharged, while Dakshina Kannada saw seven out of 12 being discharged, and in Chikaballapur, six out of the total nine have returned home.

There are many things the state has done right and at the right time which are helping it curb the spread of the virus — be it sealing borders in time, or enforcing strict lockdown across the state, permitting no vehicular movement as well as hyper monitoring suspected cases even in remote rural corners. It is being called the 3T model of ‘trace, test, treat’.

As the first Covid-19 fatality from Kalaburgi was announced, panic spread across the state. As cases of common cold and fever were also rising, most people, especially in cities like Bengaluru, wanted to undergo tests.

But the way the state sprung into action explains a lot about the way it has been able to put up such a strong fight against coronavirus.

As soon as the fatality occurred, the state invoked the provisions of the Epidemic Diseases Act, 1897, becoming the first state to do so. For the Kalaburgi case had turned into a contact tracing nightmare with the patient having travelled all the way to Hyderabad and back.

Taking charge of the situation, from that night itself, all places of mass gatherings like malls, pubs, fests, night clubs were asked to be shut down.

Schools, colleges, sport facilities, or any public gathering of any sort were cancelled.

Exams though were being held for students, and religious gatherings were permitted with minimum people. Even before the word became a casual reality, lockdown was being imposed slowly.

All hospitals with above 100 beds were asked to reserve a few beds for Covid-19 cases. All IT/BT companies were asked to offer work-from-home facilities for its employees. And all these measures were put in place for one week. The number of cases that day were six. But the state had already screened over 1 lakh people arriving at its airports.

One month since then, the numbers have risen but not exponentially.

There are two cluster transmissions which have upped the numbers — that of the Tablighi Jamaat from Delhi and the Jubiliant Pharma company in Mysuru’s Nanjangud.

A task force headed by Dr Devi Shetty was put in place to devise strategies for enforcing a lockdown, management of health facilities and setting up exclusive Covid-19 hospitals. In a week from announcing the shutdown of Bengaluru, the state was the first to set up an exclusive 2,500-bed hospital with ICU facilities.

But the most effective tool has been that of information and the use of tech apparatus to handle the situation at hand. The state launched an app to track those who have been quarantined and alerts people in their vicinity about positive cases around them.

One of the biggest issues was misinformation, fear and panic among citizens, especially in a city like Bengaluru.

To tackle this, the government launched its Telegram group on 13 April. The group is manned by representatives of various departments, including doctors (one each shift), under the mentorship of the department of information and public relations.

The latest is the interactive help-desks on Facebook and WhatsApp that were launched through which people can connect to the government machinery and also ensure they are rightly informed.

The Bengaluru COVID War Room, which saw a mention in the Health Ministry’s press briefing yesterday is a one-of-its-kind initiative.

The effort has been lauded as a “as an effective way of leveraging technology to contain Covid-19” by the Ministry of Health.

“This multifaceted Covid-19 War Room, which leverages technology to help take superior decisions, has enabled Karnataka to control spread of Covid-19 to a large extent,” said Luv Aggarwal, Joint Secretary, Ministry of Health and Family Welfare, who hailed it as a perfect example of “effective management of Covid-19 using technology”.

From real-time updates of positive cases and suspected cases to graphs of the evolving situation at taluk and district levels, to heat maps, identification and classification of hotspots based on isolation period, to running a hunger helpline number that serves migrant workers and poor people, the war room is a mammoth exercise.

And importantly, it has seen participation from all quarters as volunteers were invited by the state government to do their bit at this hour of need. The war room hence has software engineers, doctors, pilots, research scholars, psychologists, Red Cross workers and common citizens as its foot-soldiers.

The training was launched to equip around 25,000 doctors and thousands of nurses, paramedical staff and other healthcare professionals. It is said to deal with clinical case management, diagnosis and infection control in healthcare settings as well as protocols to be followed across all hospitals for Covid-19.

Migrants in Bengaluru who are trying to reach out to their authorities are having leaders from their home states tweet out to leaders in Bengaluru, and in a matter of hours supplies are delivered to them.

On behalf of @PandaJay, we would like to again request @Tejasvi_Surya ji to kindly assist 60 workers from Odisha, who are stranded in Bangalore without food or anywhere to go. Please help. Laxmidhar Bhanja- contact no.- 6363712826

Helplines have been launched to ensure people do not step out of their houses to buy essentials.

Home Delivery service that we launched for some parts of Bengaluru South yesterday is a runaway success already.

Huge response from the public - almost one order every minute.

Hundreds of home deliveries successfully made keeping thousands of people safe at home!

While individuals, local authorities and district administration have also been fighting hard to contain coronavirus, the state government has been knitting all efforts together.

Daily media bulletins are updated twice a day, all concerned ministers and health officers address citizens on Twitter and Facebook or hold briefings through video conferencing apps daily. Most district administrations have also launched their localised apps and helplines for delivery of goods and monitoring of people. Drones have been inducted for sanitising areas, and are keeping a vigil.

The chief minister minus his entourage was seen taking a walk in markets across the city, buying fruits from random vendors, asking them what their lockdown woes are.

The opposition party has also formed its own task force and is distributing supplies to the needy across the state. Leaders in the bid to display their one-upmanship have been competing to ‘reach out’, which has ensured the common man is taken better care of through these times that could have been worse.