After Outrage Over Chhapaak, Reports Claim Prime Accused Naeem Khan Not Given Hindu Name In Film 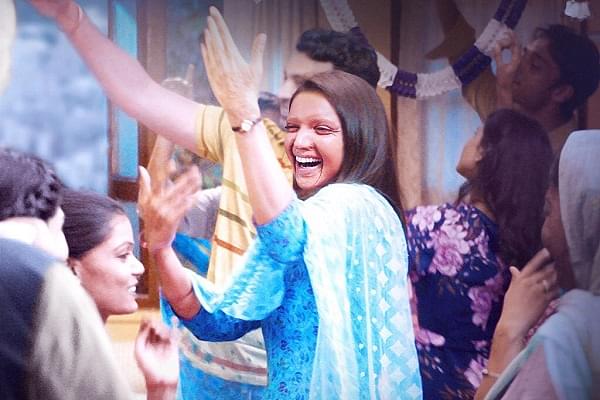 The Deepika Padukone starrer-Chhapaak which chronicles the story of acid attack survivor Lakshmi Agarwal, got caught in a social media storm after Padukone’s decision to visit JNU in solidarity with the leftist protesters on Tuesday (8 January).

This resulted in polarising reactions as many pointed out the lack of solidarity shown towards ABVP students who reportedly first came under attack from leftist goons.

As part of a backlash against Padukone’s JNU “meet and greet”, social media users researched the names of the characters involved in the movie Chhapaak and conspicuously found the name of main perpetrator Naeem Khan absent.

Quick Lowdown Of The Case

In 2005, Lakshmi Agarwal, then a 15-year-old student in Delhi, was travelling to a bookstore in Khan Market when a 32-year-old Naeem Khan attacked her with acid.

Lakshmi belonged to a lower middle-class family and had taken up a job at a bookstore to help support her family.

Khan, had earlier expressed her interest in marrying Lakshmi, and had began stalking her after she rejected his proposals. Khan who also went by the name Guddu, was well known to Lakshmi’s family and had visited their home on multiple occasions.

Laxmi stated that her mother before marriage belonged to Muslim religion and therefore, the appellant was a regular visitor in her house.

As per reports, Khan meticulously planned the attack along with his brother Imran as part of his “revenge” against Lakshmi. The duo took the help of Imran’s friend Rakhi who accompanied Naeem Khan as they threw acid on Lakshmi’s face. Naeem was ultimately sentenced to seven years of rigorous imprisonment.

According to Laxmi's statement, at the time she was working as a sales representative at New Janta Book Depot, Khan Market and had studied up to class 8th. She liked a boy named Raj Kamal who was her classmate in school.

She also stated that Naeem worked in the neighbourhood and was also well-known by her family members. He wanted to marry her but she declined his proposal. This was the motive behind the attack, Laxmi stated.

On the day of the incident, Naeem drove the bike, and sitting on the pillion was Rakhi, his brother Imran's wife. It was Rakhi who threw the acid on Laxmi's face.

In light of Chhapaak’s release this Friday (10 January) and Padukone’s JNU solidarity decision, Twitter users decided to research to find out as to how consistent the movie has been with the original incident.

A cursory glance on IMDB though showed that there is no character named either Naeem or Imran present in the list.

The main stars of the movie are Padukone who plays the character of Malti - based on Lakshmi and Vikrant Massey who plays Amol - Lakshmi’s former partner, post the acid attack.

The other character names for male actors are “Rajesh” and “Manish”. This led many social media users to speculate whether the name of Naeem has been changed to Rajesh.

I knew it! So seems they changed the name as Rajesh instead of Nadeem Khan in the movie. https://t.co/wJ74WR3sXO pic.twitter.com/bMRXNGdhki

Chhapak is based on true Real Life story of Laxmi the ÐÑid Attack victim. Then WHY Perpetrator name changed from Nadeem to Rajesh ?? #boycottchhapaak #boycottdeepikapadukone pic.twitter.com/HqE89L2uak

If a Nadeem who was the man who threw acid on the brave girl on whom the @deepikapadukone movie #Chhappak is based has been changed to Rajesh then it is shameful, deceitful and deliberate. #boycottchappak

So Who Is Rajesh?

Reports have claimed that Rajesh is a friend of Malti (Lakshmi) in the movie.

If one goes through the trailer, one finds Rajesh (played by Ankit Bisht) being arrested by the cops and being subsequently cross-examined in court, leading to the insinuation that he is an accused in the case.

The trailer also shows him rescinding his police statement in court wherein he called Malti his girlfriend (Watch from 1.05) which draws a sharp reaction from Padukone.

After outrage over the matter, media reports have now emerged quoting film reviewers (who have watched the movie) claiming that the religion of the prime accused Naeem Khan has not been changed in the movie.

As per other reports the name Naeem Khan has been changed to Basheer Khan and that the character Rajesh in question is a friend of Malti and not an accused in the matter.

It is interesting to note that multiple attempts were made to change the name of the accused Naeem to Rajesh and Ekanshu on Wikipedia. The users named “Sheikhnadeem001”, “Alifazrezvi”, “Aawes143” are said to have made the edits. The page has now been protected to prevent vandalism and the correct names of the culprits have been restored.

Whatever may be the truth of the matter, the fact remains that Bollywood is no stranger to such controversies and has been accused of glorifying gangsters like Abdul Latif and tyrants like Alaudiin Khilji.

As per a study by IIM Ahmedabad professor who researched 50 Bollywood spanning over 5 decades to determine prevalent religious and caste stereotypes, “Eighty-four of the Muslims in those films were shown as strongly religious and honest (even when they are shown in the film as engaged in crime)“.

The earlier version of this story had reported that the filmmakers may have changed the name of accused Naeem Khan to Rajesh, it has been updated based on latest reports