‘There Is Nothing Called Hinduism. It Was Created Only 200 Years Ago,’ Says Woman At DMK Christmas Function 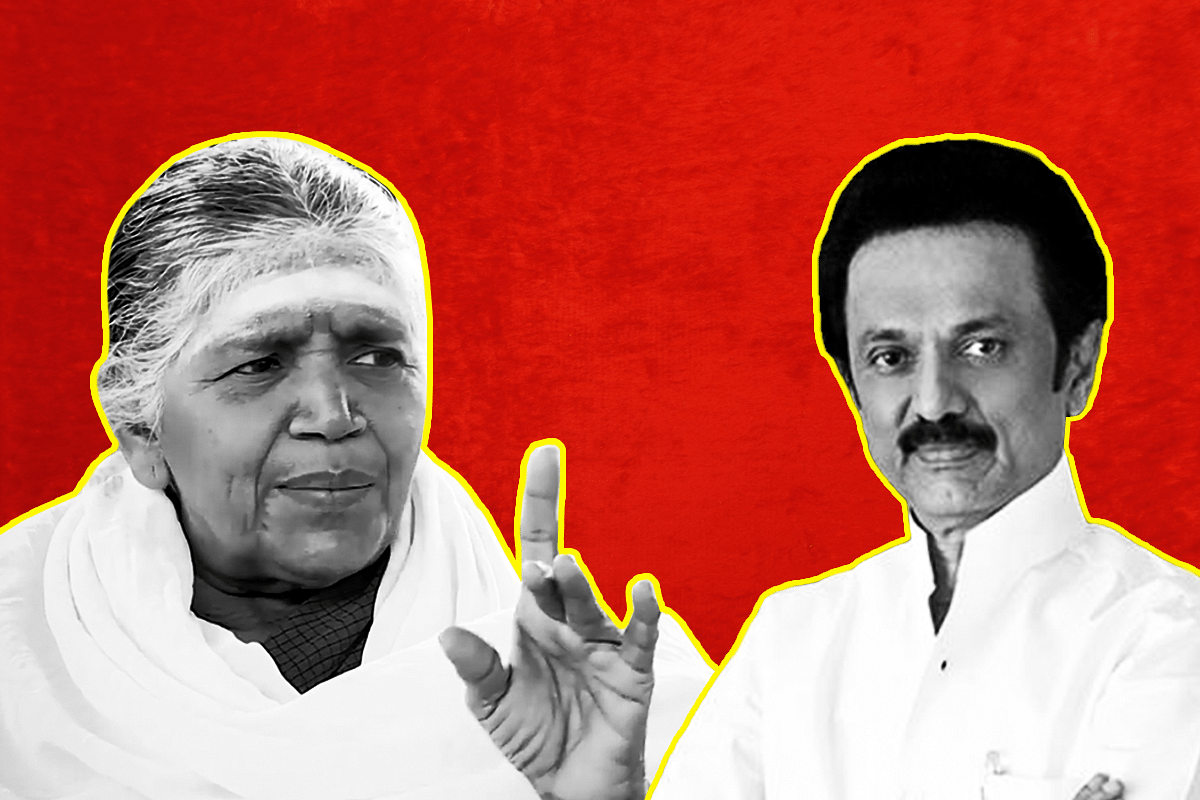 A Christmas function organised by the Dravida Munnetra Kazhagam (DMK) in Chennai turned out to be one in which Hinduism was criticised and ridiculed.

However, an attack on Hinduism by Tamil Saiva Peravai leader Kalaiarasi Natarajan, who reportedly spews hatred against Hindu religion, Brahmins and Shankaracharyas, has left many bitter.

Stalin is being questioned for his silence as Natarajan attacked Hinduism in front of him.

On social media, it was pointed out how the DMK president never greets people on the occasion of any Hindu festival but goes out of his way to greet the minority community members during their festivals such as Ramzan and Christmas.

“Stalin need not greet Hindus during Hindu festivals. But why should he allow the stage in which he is present to used be used for attacking Hinduism?” wondered one on social media.

Also questioned was his silence when such attacks are made against Hinduism on a platform that has been put up for people of other religions.

Natarajan, who took the stage in the DMK president’s presence, said that Tamils in any corner of the world are Shaivites. “Generally, Tamils are Shaivaites and the Tamils include Christians and Muslims,” she said, even as Stalin looked on silently.

“Christians and Muslims are our umbilical cord relatives. Don’t say Hindu religion. There is no religion called Hinduism. It was created only 200 years ago,” Natarajan told the function.

She said Shaivites were ancient people who were “our people, our brethren. We won’t separate from them nor will they (Christians and Muslims) from us.

“When Diwali comes or when Hindu festivals come.. Don’t say Hindus but say Tamilians… You (Christians and Muslims) belong to one section, we (Shaivites) belong to one. In functions like this, giving priority to the word ‘Hindu’ is our weakness,” she said.

On social media, Natarajan’s speech was seen as an attempt to divide Vaishnavites and Shaivites.

Another social media user said the woman was blabbering saying all Tamilians were Shaivites. “Then who were Alwars (famous saint poets who sang hymns in praise of Lord Krishna). Though this lady calls Muslims as her umbilical cord relatives, they will still term her a kafir,” the person said.

A third one said that a real Tamilian would not utter a rubbish statement like this.

Some on the social media referred to an observation by Madras High Court Justice N Kirubakaran.

In September this year, Justice Kirubakaran, dealing with the Tamil language issue, said Tamil culture and race were being used as weapons for some people’s sinister plans.

“There should not be any room for linguistic chauvinists to create any unrest in the name of languages in any part of our country,” he said.

Natarajan is one of the persons used by the DMK and Dravidian followers to justify anti-Hindu comments, including by Viduthalai Chiruthaigal Katchi leader Thol Thirumavalavan, and also to justify the insult to Kanda Shashti, a hymn praising Lord Skanda.