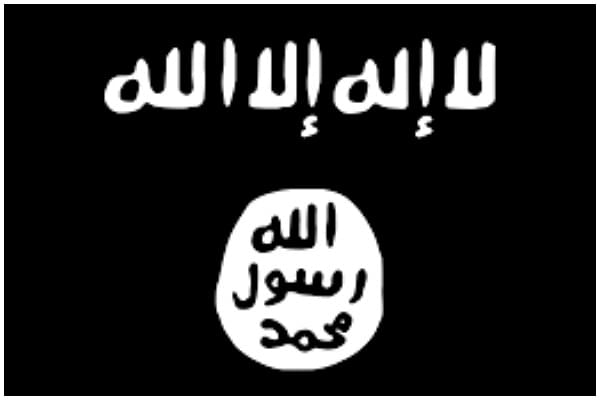 A group of Indian women, mainly from Kerala, who joined the Islamic State (IS) between 2016 and 2018 have confessed that their expectations of living an “Islamic life in a Caliphate” or under Muslim ruler were belied when they went over the area controlled by the terrorist group.

During the weekend, Strategic News Global put out a video “Khorasan files: The Journey of Indian “Islamic State: Widows” revealing that many things in the IS controlled region of Momand Dara in Afghanistan near Pakistan border were not 'up to their expectations'.

Ten of the 26 men have been feared killed in US airstrikes, Aghan ground operations and Taliban offensives, while the status of five others is unknown, including one in Syria..

Global Strategic News video contains interrogation of three of the women - Sonia Sebastian (Ayisha), Nimisha Bexson (Fathima Isa ) and Reffeala Ijas - by Indian authorities while they were under Afghan detention.

All the Indians who joined IS took either the United Arab Emirates (UAE) or Iran or Oman route to reach Momand Dara.

While Sonia’s husband Abdul Rashid Abdulla was killed in Khorasan during fighting, the whereabouts of Nimisha’s husband Bexen Vincent (Isa) and Reffeala’s husband Dr Ijas Kallukettiya Purayil are not known.

Ijas’s brother Shihas, among the five masterminds sending Indians to join the IS along with Rashid, was killed during fighting.

The three others masterminds - Maulana Haneefa, Rizwan Khan and Arshi Quershi - have been arrested and are in Indian prisons.

Controversial Islamic preacher Zakir Naik, who fled to Malaysia to escape being detained by the National Investigation Agency (NIA), had radicalised them at his Islamic Research Foundation in Mumbai.

Sonia wants to return to India and cut off herself from the radical activities, Nimisha does not want to be imprisoned for joining IS.

Sonia, born a Roman Catholic and who did Masters in Business Administration in Bengaluru, told the interrogators that she moved to the IS region along with Rashid expecting to lead an Islamic life under Islamic law.

Both ended disappointed with the developments there, however. “People were not coming to the mosques. I think many come here expecting an Islamic way of life but the reality is different. They should rethink their decision and think carefully before doing anything,” Sonia said.

The MBA graduate, who has a daughter and had a miscarriage in Khorasan, says she wants to return home and join her husband’s family. “I want to cut myself off from everything that has happened. My husband is no more and I am left only with my husband’s family,” said Sonia, who has a red corner notice against her issued by the Indian government.

Nimisha, daughter of a trustee of the Attukal Bhagavathy Temple in Thiruvananthapuram, had married Bexen Vincent four days after meeting him. Both of them converted to Islam and Nimisha was pregnant when she went to the Afghan territory.

Nimisha told the interrogators that she was happy at Momand Dara. “I won’t say it was wrong to come here. We had a comfortable life, though it is different now. If the Caliphate continued at Khorasan, I would have been there,” she says.

Those who had gone to Momand Dara knew that it would be attacked and hence, they left the place beforehand, said Nimisha, who pursued a dental course at Century Dental College at Poinachi in Kerala’s Kasaragod district.

Nimisha comes across a little confused during the interrogation when asked what would happen to her daughter if she gets killed.

Almost justifying dying for the religion she has converted to, the Thiruvananthapuram woman says “Allah would take care of my daughter".

Sonia says her husband Rashid did what he wanted and she wouldn’t regret accompanying him. “I got three more years to live with him. Otherwise, he would have left me and gone,” she confesses.

“We are not aware of any slaughters (slayings). We were not involved in anything. We lived a normal life,” Sonia says, adding that Rashid died a disappointed man as the Islamic system was "not happening".

“Rashid was particular about praying five times. Such a thing was not happening. The IS leaders did nothing about it. Rashid was disappointed with this and stopped doing audio messages (for IS). He got demotivated but never spoke of returning to India. When he breathed his last, his words were I am done with this duniya (world),” says Sonia.

Nimisha, on the other hand, has nothing to say, including to her mother. “I don’t want to say I want to stay in Afghanistan. But if I am not put in jail or oppressed, I am ready to get back to India,” she says.

This statement, in particular, has resulted in Nimisha’s mother Bindu Sampath receiving a lot of negative comments on social media. “I am getting hundreds of messages from mainly Hindus. Is this how you treat a Hindu sister? I would want the Prime Minister to rescue and get my daughter back,” Bindu told Swarajya.

Bindu had moved the Supreme Court in 2017 to get back Nimisha during the hearing on Hadiya case but the apex court then said it would hear it later. The case then went back to the Kerala High Court but hasn’t concluded yet.

“I had approached all and I got no relief,” laments Bindu.

However, Nimisha says she is confused on returning to India as the Sharia law is not being implemented. “I cannot depend on anyone - my family or my husband’s. Allah will guide me,” she says.

Reffeala talks more about Pakistan Rs 5,000 being handed over each women and being told to use it when required. They were also advised to go to another "good Caliphate".

Raffeala’s husband, during their period at Momand Dara, also got married to a Pakistani woman, Rufaida, in May 2018 after she became a widow when her husband was killed in the fighting.

Sonia, in particular, says with conviction that she would not continue her radical Islam activities when asked by officials on what guarantee was there that she and her child wouldn’t return to the activities in future.

She has denied that the women had been pushed back by IS for a plan that would be implemented in India.