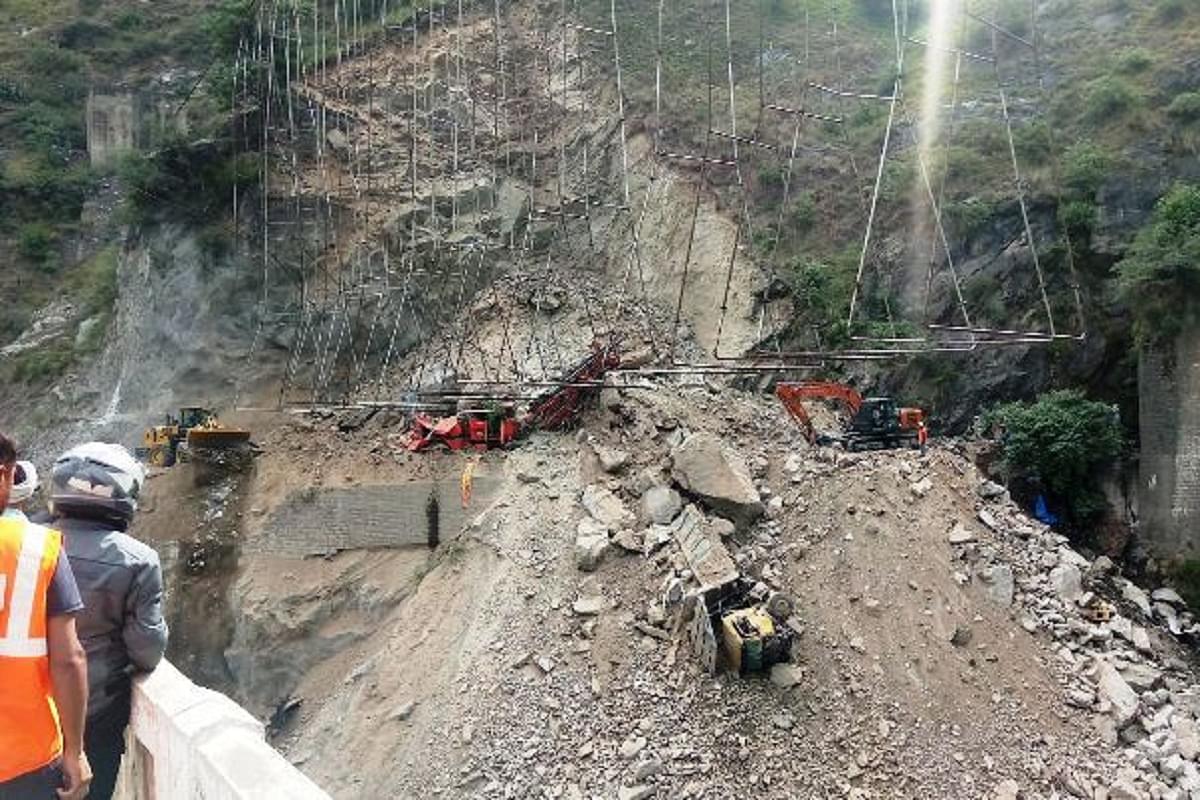 The Union government has constituted a three-member expert committee to investigate the reasons for the recent collapse of a part of under-construction tunnel in Ramban on Jammu-Srinagar highway and suggest remedial measures.

The state-owned National Highways Authority of India (NHAI) has already initiated a process to handle such emergency situations and is also taking all possible measures to avoid such incidents in future.

According to the Ministry of Road Transport and Highways, a committee of three independent eminent experts has been constituted by the central government which has already moved to the site to investigate the reasons for slide/collapse and remedial measures thereof. Further action will be taken based on the report of the committee.

Professor J T Sahu of IIT Delhi will be the chairman of the committee, and it will submit the report to the ministry within 10 days.

The stretch between Digdole and Khooni Nallah of Ramban Banihal section is prone to frequent landslides/shooting stones due to fragile geology. Considering the strategic importance of maintaining all weather connectivity to Srinagar and after assessing the challenges in ensuring stability of hill slopes on existing alignment, tunnels/viaducts are proposed under three packages in Ramban Banihal section.

The twin tube tunnel work in four-laning from Digdole to Panthyal on Jammu Srinagar Highway was awarded to Ceigall India Limited in a JV with Patel Engineering Limited. The construction work started in February 2022.

According to the ministry, landslide and shooting of stones started on 19 May, around 10.30 pm. Before workers could be moved out, suddenly a huge rock mass fell above the false steel portal which caved in leading to trapping of 12 workers at that spot. Senior NHAI officers immediately reached the site and rescue work was immediately started by SDRF, NDRF, and J&K Police.

Two workers were rescued immediately and were hospitalised; and all possible medical aid is being extended to them. The rescue work was hampered by intermittent shooting stones and bad weather. The trapped workers did not survive and bodies of 10 of them were recovered by Saturday (21 May) evening.

Those whose life could not be saved are being given workman compensation and additional ex-gratia of Rs 2 lakh by EPC contractor which amounts to at least Rs 15 lakh.

The injured are also being adequately compensated. In addition, the UT administration has also announced ex- gratia relief of Rs 1 lakh. It is yet to be determined whether the occurrence of the incident is due to work being executed or due to natural reasons.

NHAI has already initiated a process to handle such emergency situations and also taking all possible measures to avoid such mishaps in future.