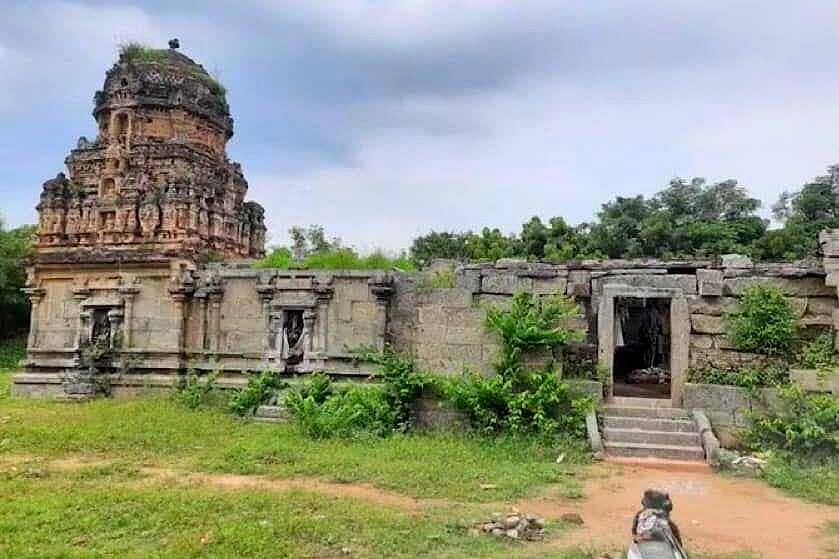 A hearing was held in Chennai by the Tamil Nadu Hindu Religious and Charitable Endowments (HR&CE) Department on alienating 14.09 hectares of dryland belonging to the Sri Nareeswarar Temple at Veeracholapuram in the state’s Kallakurichi district, to build a collectorate began on a stormy note yesterday (29 October).

Video clippings of the hearing doing rounds on social media showed that temple activist Rangarajan Narasimhan, one of those who are campaigning against the alienation, objecting to the presence of joint commissioner N Thirumagal at the meeting.

Narasimhan objected to Thirumagal’s presence since she had been named in a first information report (FIR) filed by him in connection with an idol theft at the Mylapore Kapaleeswarar Temple in Chennai.

Thirumagal was arrested in December 2018 by the Tamil Nadu Crime Branch CID Idol Wing police in connection with the case. The Madras High Court had questioned the HR&CE Department last year why no action had been taken against her.

Since Narasimhan objected to her presence, Thirumagal withdrew from the hearing at the HR&CE headquarters, in which there was a huge turnout.

The temple activist also asked HR&CE Commissioner S Prabhakar if he had visited to see the temple to which the latter replied in the negative.

Narasimhan also objected to the HR&CE officials, including Prabhakar, not giving any introduction at the hearing such as what the hearing was about and who were the Government officials taking part in it.

He also objected to the wrong reference of “Sri Nareeswarar Temple” as “Sri Ardhanareeswar Temple” by HR&CE officials.

After recording his objections, Narasimhan sought resumption of the proceedings from the start through a proper introduction process.

The HR&CE Department will likely make its decision known soon on the objections raised by devotees and temple activists over the alienation of the temple’s drylands valued at nearly Rs 90 crore.

Activists allege that the Government was trying to take over the temple land at a “pittance” of Rs 1.98 crore.

Narasimhan has alleged that the attempt to take over the lands is illegal as per section 34 of HR&CE Act.

Section 34 of HR&CE Act says the commissioner will have to sanction the sale, lease or mortgage land for over five years. Before that, the commissioner is required to publish the intention of selling, leasing or transferring the land and seek public opinion before a decision is made.

In the case of the Sri Nareeswarar Temple lands, construction activities have begun even before the HR&CE has sanctioned their alienation.

Tamil Nadu Chief Minister Edappadi K Palaniswami (EPS) laid the foundation stone for the collectorate on 23 October even before the HR&CE Department can take a decision to hand over the lands.

Kallakurichi district was carved out of Tamil Nadu’s Villupuram district last year and it came into existence in November.

Narasimhan says the temple is dilapidated and in shambles and the HR&CE Department should renovate it.