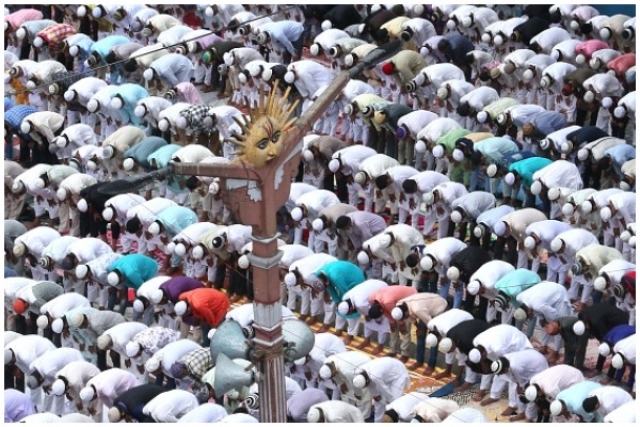 Tamil Nadu today (22 March) reported its seventh Coronavirus (Covid-19) positive case with a person who returned from Spain being infected with the pandemic virus.

On Saturday, three persons tested positive for Covid-19 with the most worrisome aspect being two of the three being Thai nationals.

It now turns out that these Thai nationals are Islamic preachers belonging to the Tabligh Jamaat and were part of a group of seven which had come to Tamil Nadu’s Erode district to teach at two mosques.

One of the seven, a 49-year-old person in the group, died last week at the Coimbatore Medical College Hospital.

He showed symptoms of Coronavirus but doctors said his death was due to complications such as diabetic nephropathy, sepsis and pulmonary oedema.

The Thai Tabligh group had landed at Delhi on 6 March and reached Erode by the Millennium Express on 10 March. They were reported to have spent time at least three mosques, including Kollampalayam and Sultanpet, until 15 March.

The remaining six of the group were then shifted to IRT Perundurai Medical College near Erode. They were screened for Coronavirus on 17 March and on Saturday, the tests reported positive for Covid-19.

In view of the positive Covid-19 cases, both the mosques have been asked to shut, while the Tamil Nadu Health Department has approached the Railways seeking information on passengers who travelled in the coach of the Thai nationals.

The Indonesian preachers, too, travelled by train from Bhopal after landing in Delhi on 9 March.

A congregation of the Tabligh Jamaat in Malaysia has turned hotspot for Coronavirus in South-East Asia, with two-thirds of the positive cases from the mosque where the meeting was held.

On 18 March, thousands of Tabligh Jamaat followers across Asia gathered at Jakarata in Indonesia despite fears that the congregation could fuel the pandemic virus.

Tablighi Jamaat, which means the Society for Spreading Faith, originated from Mewat in Haryana in 1926.

The preachers from Indonesia and Thailand have come to India to teach Muslims at mosques they have chosen about Quran and religious practice as was done during Muhammad’s time.

The mosques where these preachers head to is picked by a draw of lots.

On social media, a demand to check all Tabligh Jamaat mosques has been raised, especially since the Jamaat preachers go all over to teach.

In particular, the Coronavirus positive cases in Telangana and Tamil Nadu have led to the demand to tighten vigil on Nizamuddin Markas or Banglewali Masjid in Delhi.