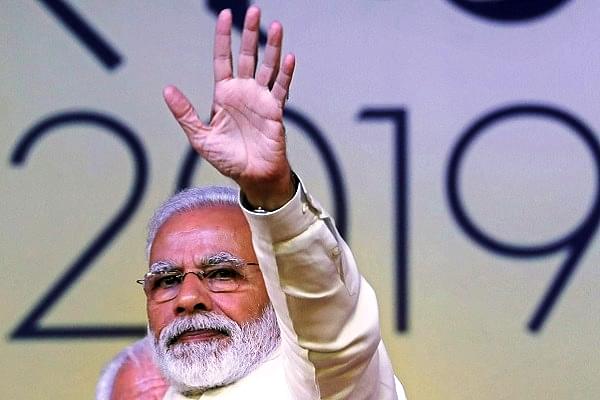 Prime Minster Narendra Modi launched a scathing attack on the opposition and its sympathisers during his reply to the motion of thanks to President’s address in Lok Sabha on Thursday (6 February).

During his speech Prime Minister Modi took on the Congress, its leaders and also the Tukde Tukde gang. Here are the top highlights from his speech.

Prime Minister Modi while indirectly attacking those opposed to the citizenship amendment act (CAA) said that, “Much has been said about CAA, ironically by those who love getting photographed with the group of people who want ‘Tukde Tukde’ of India”.

Prime Minister Modi recalled that soon after signing the Nehru-Liaquat pact, Jawaharlal Nehru had written to the then Assam chief minister saying that, “You must differentiate between Hindu refugees and Muslim immigrants and must give shelter to Hindus”.

He added that Nehru himself had advocated that citizenship be granted to the persecuted refugees in India.

“Pandit Nehru himself was in favour of protecting minorities in Pakistan, I want to ask Congress, was Pandit Nehru communal? Did he want a Hindu Rashtra?”, Prime Minister Modi was quoted as saying.

Prime Minister Modi responded to Rahul Gandhi’s Lathi jibe by joking that he has decided to increase his frequency of Surya Namaskars so that his back becomes stronger to bear the hit of so many sticks.

The Prime Minister did not stop here and when Rahul Gandhi attempted to interrupt his speech remarked that, while he has been speaking for around 30 to 40 minutes, it is only now that the current has reached there.

“Many such tube-lights are like this”, added Prime Minister Modi.

#WATCH Prime Minister Narendra Modi after Rahul Gandhi made an intervention in his speech in Lok Sabha: I was speaking for the last 30-40 minutes but it took this long for the current to reach there. Many tubelights are like this. pic.twitter.com/NwbQVBHWPx

Prime Minister Modi also indirectly attacked the Congress by referencing to the 1984 anti-Sikh riots in Delhi.

“ You did not send those who are accused in the anti-Sikh riots to jails. Not just that, you also made someone who has allegations of instigating anti-Sikh riots, a Chief Minister”, said Prime Minister Modi.

This is said to have been in reference to Madhya Pradesh Chief Minister Kamal Nath who is one of the accused in the anti-Sikh riot case.

Prime Minister Modi also took on the opposition, especially the Congress party over its persistent “save constitution” jibe against his government.

He said that the Congress should repeat the aforementioned phrase 100 times each day so that one day it finally realises its past mistakes including the emergency.

Prime Minister Modi added that those talking about respecting the constitution never implemented it in the first place.

“Shahi Tharoor ji you have been the son-in-law of Jammu and Kashmir, you should have shown concern”, added Prime Minister Modi.