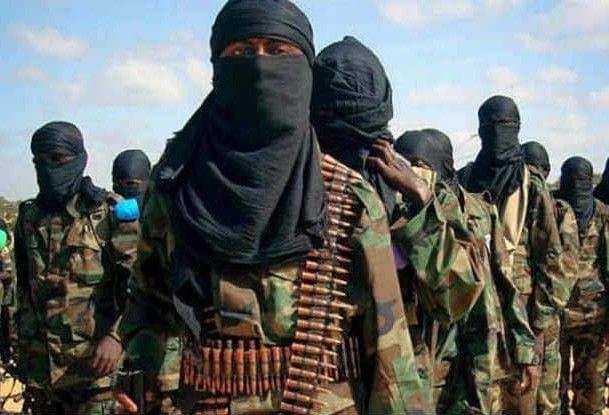 A new turf war has erupted between Pakistan sponsored terror groups in Kashmir -- the newly formed ‘The Resistance Front' (TRF), which is a front of Lashkar-e-Taiba, and Hizbul Mujahideen -- as members of the latter have begun to defect.

Official sources told IANS that a top commander of Hizbul Mujahideen, Abbas Sheikh, has quit his organisation and joined TRF.

On Friday (24 April), ‘Tehreek e Pupils Party' released a hand-written poster claiming that Abbas, its operational commander, has quit Hizbul Mujahideen because he disagreed with Hizb's policy to kill Kashmiri policemen and civilians.

Intelligence sources said that Abbas has gone completely underground, hiding both from the Hizbul as well as security forces after his defection to TRF. Abbas claims to have 12 active members and an unknown number of over ground workers (OGWs), sources said.

Interestingly, TRF was quick to issue a statement on the defection of Abbas on Friday. On a letter head, with its Islamic jihadist logo and motto 'Resistance till Victory', TRF said, "Few days ago we warned Hizb to stop killing Kashmiri policemen or civilians. Yesterday they kidnapped a JK policeman from Vihil Shopian.

The statement further said, "Commander Abass bhai left Hizb because he also does not agree with Hizb for killing Kashmir police and civilians. Now Abass bhai is with us and we will fight with anyone who kills or hurts any Kashmiri. This is a final warning to Hizb. Don't force us to take the hard route. No warning now onwards, only action."

Recently, Kashmir Hizb chief, Riyaz Naikoo, had dismissed the rumours about division within ranks of terror groups, claiming that all the outfits were unanimous and together in their Islamist war against India.

But after militants defecting from his group, sources said, Naikoo is not very happy with Hizb high command in Pakistan, Syed Salahuddin. Sources said Naikoo has issued a statement accusing Salahuddin of being "soft" since India abrogated the special status of Jammu and Kashmir in August last year.

"Hizb is not getting the preference it got earlier anymore in Pakistan. The outfit has been reduced to just settling political scores; their cadre is ill-equipped and ill-trained," a top source said.

Intelligence inputs revealed that ISI is keen on shifting the base of militancy out of south Kashmir and revive it in north and central Kashmir.

"They are desperate to perpetrate violence in Kashmir this summer," the source said.

Security analysts said that TRF was created by Pakistan's Army and ISI to give their cross-border terrorism in Kashmir more 'home-grown terror' character because of the pressure from Financial Action Task Force (FATF), the global watchdog for terror-funding.

Indian investigating agencies had discovered the existence of TRF in Kashmir last month when security forces busted a major module of the group by arresting six of its members with a huge cache of arms and ammunition.

Four of the TRF terrorists were caught at the Sopore district hospital during the delivery of an illegal consignment of arms.

During interrogation, the terrorists revealed that they had been working under a Pakistan-based person known by the name 'Andrew Jones' on Telegram, whose WhatsApp ID was 'Khan Bilal'. They also divulged that Jones was operating a newly-formed terrorist organisation, TRF.

'Jones' had deputed the four militants to recruit local youth for the terror group and instigate them to participate in terror activities in Kashmir Valley, particularly in the north.

Investigators have linked TRF to the banned outfit Lashkar-e-Taiba, headed by Hafiz Saeed, the mastermind of the 2008 Mumbai terror attacks.