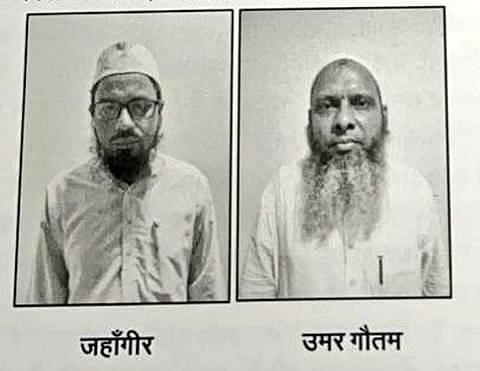 The Enforcement Directorate (ED) on Saturday (3 July) conducted raids in at least six places in Delhi and Uttar Pradesh in relation to the forced conversion racket that was recently unearthed in Uttar Pradesh, reports Hindustan Times.

The case pertains to the arrest of arrest of the two Delhi men, Mufti Qazi Jahangir Qasmi and Mohammad Umar Gautam, who were running an outfit involved in converting physically impaired students and other poor people to Islam in Uttar Pradesh with funding from Pakistan's Inter-Services Intelligence (ISI).

The agency further stated that they have recovered several 'incriminating documents' which revealed the racket of mass conversions carried on a large-scale across the country by Mohammed Umar Gautam and his organisations.

The central agency stated in a statement, “The Enforcement Directorate(ED) initiated Money Laundering investigation on the basis of FIR registered by ATS, UP on forced religious conversion under the provisions of the Indian Penal Code. In the said FIR, Mohd. Umar Gautam, his associate Mufti Qazi Jahangir Qasmi, and others were alleged for alluring people for conversion to Islam religion against financial support.”

ED has conducted search at 6 premises located in Delhi and UP in a forced religious conversion case of Mohd. Umar Gautam, his associate Mufti Qazi Jahangir Qasmi and others. pic.twitter.com/M4rvj9I1En

Notably, the racket was unearthed by the Uttar Pradesh Anti-Terror Squad last month. The duo was arrested following the registration of an FIR in the case at Lucknow's ATS police station.

The questioning by UP ATS had revealed that the duo had devised a sinister plan to first convert the hearing and speech impaired children into Islam and then use them as human bombs.

ED has also registered a case to look into foreign funding and money laundering angles in this racket.