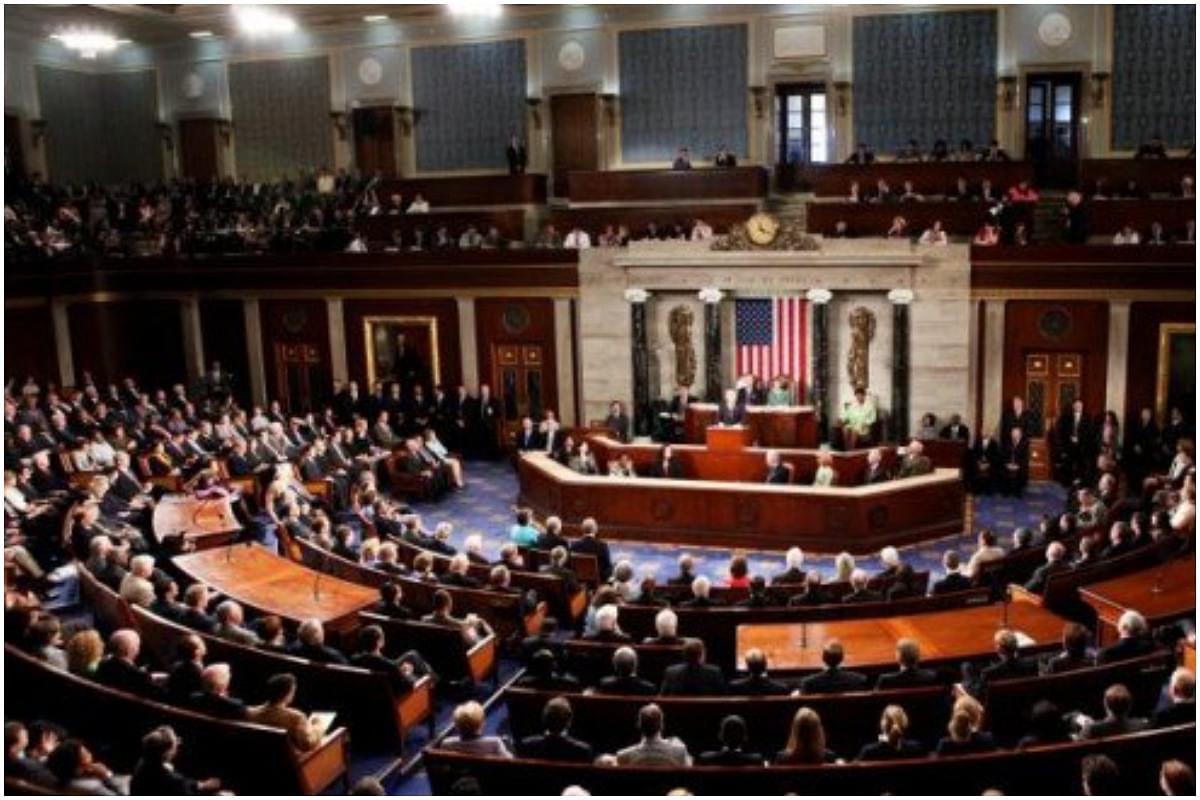 US Congress in session.

After a day-long impasse, Democrats in the United States put aside ideological differences between progressives and moderates to adopt a $1 trillion infrastructure bill on 5 November that will be signed into law by President Joe Biden.

The bill was passed by the House by a vote of 228 to 206. The ultimate decision is a significant victory for the Democrats, who have been feuding for months over the ambitious spending proposals, which make up the majority of Biden’s domestic agenda.

Biden's administration will now be in charge of the most significant upgrading of America's roads, trains, and other transportation infrastructure in a generation, which he promises would create employment and improve the country's competitiveness.

However, the second pillar of Biden's domestic agenda — a massive expansion of the social safety net and climate-change programmes — is still a work-in-progress for Democrats.

That package, which would cost $1.75 trillion, would be the most significant extension of the United States safety net since the 1960s, but the party has struggled to rally around it.

Democratic leaders wanted to get both legislations out of the House on 5 November, but were forced to postpone action when centrists sought a nonpartisan cost analysis, which could take weeks.

According to reports, after hours of closed-door negotiations, a group of centrists, however, agreed to vote for the bill by 20 November if the impartial Congressional Budget Office confirmed that the bill's costs matched White House forecasts.

By a vote of 221 to 213 last week, the $1.75 trillion bill cleared a procedural obstacle, allowing Democratic leaders to rapidly schedule a final vote when the time comes.

The impasse occurred only days after Democrats were defeated in highly monitored state elections, fuelling fears that they may lose control of Congress next year.

The infrastructure bill was approved by 13 Republicans, meeting Biden's commitment to passing some bipartisan legislation.

During the 45th American President Donald Trump's four years in the White House, the phrase "infrastructure week" had become a Washington punch line, as efforts to focus on those expenditures were routinely disrupted by scandals.

Biden said in a statement: "Generations from now, people will look back and know this is when America won the economic competition for the 21st Century."

The Democratic Party, which controls the House and Senate, is keen to demonstrate its ability to advance the President's agenda while fending off challenges in the 2022 midterm elections, in which Republicans will strive to reclaim control of both chambers of Congress, which they lost to Democrats during the time of the Trump administration.

The infrastructure bill, which cleared the Senate with 19 Republican votes in August this year, would pay for a substantial overhaul of America’s roads, bridges, airports, seaports and rail systems, as well as increase broadband internet coverage.

Childcare and preschool, eldercare, healthcare, prescription drug prices, and immigration are all included in Biden’s “Build Back Better” agenda. It would lend credence to the American President’s commitment to halve United States' greenhouse gas emissions from 2005 levels by 2030 during the United Nations climate conference in Glasgow, Scotland.

But Republicans unanimously oppose the plan, portraying it as a major expansion of government that will harm businesses. For example, Republican Representative Glenn Grothman said that "this is potentially a very black day for America," and criticised the legislation's provisions for childcare and preschool as a "Marxist" attempt to have the federal government raise children.

The independent Joint Committee on Taxation forecasts that the social-spending package will collect $1.48 trillion in additional tax revenue over the next decade, falling short of its $1.75 trillion figure.

According to Nancy Pelosi, Speaker of the United States House of Representatives, and other leading Democrats, this fails to account for enhanced tax enforcement and savings from decreased prescription drug prices.