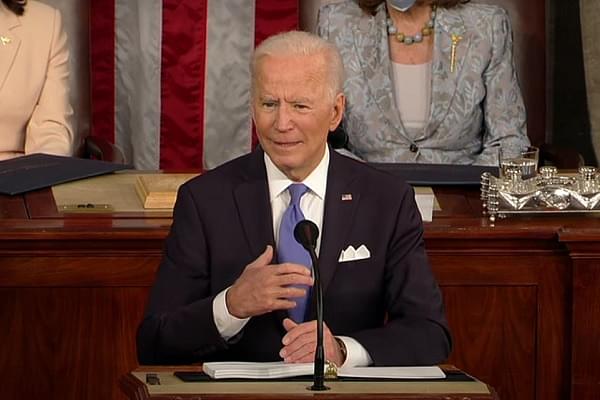 Last week, the White House National Security Council — a forum used by the President to discuss national security, military and foreign policies with senior advisors and Cabinet officials — expressed its displeasure with the tone of recent comments criticising the EU centrepiece tech law, as debates in the European parliament were about to begin.

The NSC wrote in an email as part of routine communications between Washington and Brussels that there was a concern about the recent comments by Andreas Schwab, the European Parliament's Digital Markets Act rapporteur, who argued that the DMA should clearly target only the five largest American corporations.

It was also highlighted that comments and tactics like this make regulatory cooperation between the United States and Europe extremely difficult. It sends the impression that the European Commission is not interested in working in good faith with America to resolve these common difficulties in a way that benefits shared interests, said NSC to the staff at the EU’s delegation in Washington.

“Protectionist measures could disadvantage European citizens and hold back innovation in member-state economies. Such policies will also hinder our ability to work together to harmonise our regulatory systems,” added the email, as reported by Financial Times.

According to European Commission, the DMA specifies a set of objective criteria for determining whether a big online platform qualifies as a "gatekeeper."

This allows the DMA to stay focussed on the problem it wants to solve in terms of massive, systemic web platforms.

These criteria will be met if a company holds a solid economic position, has a major impact on the internal market and operates in numerous EU nations; has a significant intermediation position, which means it connects a large number of enterprises to a large number of users; as well as, has (or is about to have) a market-entrenched and long-lasting position, implying that it is stable over time.

“Some large online platforms act as ‘gatekeepers’ in digital markets. The DMA aims to ensure that these platforms behave in a fair way online. Together with the Digital Services Act, the DMA is one of the centrepieces of the European digital strategy,” stated the EU website.

In May, Schwab, who is a centre-right German MEP (Members of the European Parliament) and longtime opponent of Google, stated that the top five American tech giants — Google, Amazon, Apple, Facebook and Microsoft — were the “biggest problems” for EU competition regulation.

According to reports, some members of Congress are pressuring the White House to take a harder stance against the EU plans. Recently, the co-chairs of the United States House of Representatives' digital trade members cautioned President Joe Biden that EU legislation might disproportionately impact American technology companies.

However, the NSC spokesperson said that the entire email is actually about highlighting the common ground and a sense that Washington and Brussels should collaborate on digital policies.

The latest note from the NSC comes at a time when both the United States and the EU are eager to repair a relationship that was strained during Donald Trump's administration.

On 15 June, Biden met with EU leaders during the Brussels summit and from tech regulations to the coronavirus pandemic, several topics emerged as major issues of discussion.

During the opening remarks at the meeting with EU leaders in Brussels, Biden said he saw an "enormous opportunity" to strengthen transatlantic trade and technological collaboration, as well as construct greener economies.

Meanwhile, the American President and EU leaders announced a deal to put to rest a 17-year trade dispute about subsidies for aircraft manufacturers.