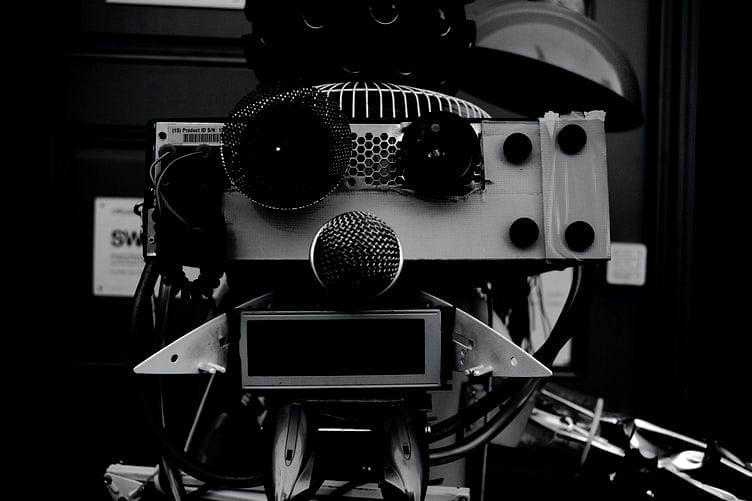 Representative Image of AI and Robotics

This expensive bill, which now heads to the House, is known as the Innovation and Competition Act.

It largely drew bipartisan support as it promised to boost America’s competitiveness by investing billions of dollars in scientific and technological advancements such as artificial intelligence (AI), computer chips and robotics.

The 2,400-page bill was passed with 68-32 votes after being delayed just before the Senate’s Memorial Day recess when some Republican legislators raised last-minute qualms about its size and scope.

The United State President Joe Biden praised the approval of the bill and said: “This legislation addresses key elements that were included in my American Jobs Plan, and I am encouraged by this bipartisan effort to advance those elements separately through this bill”.

“It is long past time that we invest in American workers and American innovation,” he added.

As per the Wall Street Journal, the Senate majority leader from the Democratic Party, Chuk Schumer, said this bill is the largest investment in scientific research and technological innovation in generations, with a substantial impact on American jobs and economy.

“When all is said and done, the bill will go down as one of the most important things this chamber has done in a very long time, a statement of faith in America’s ability to seize the opportunities of the 21st century,” Schumer said.

“It sets the United States on a path to lead the world in the industries of the future,” the Democratic Senate leader added.

In April 2021, American intelligence officials described China, the world’s second-largest economy, as posing an “unparalleled” security danger, warning of Beijing’s growing efforts to stifle regional rivals and enhance its military might while racing for technical dominance around the world.

The Senate’s decision demonstrates a rare bipartisan agreement in Congress that the United States needs a more cogent strategy to counter China’s ascent as a global power.

The bill would boost funding for technology manufacturing, as well as research and development to promote America’s competitiveness, strengthen national security and develop the economy.

However, on 8 June, the Senate majority leader said that he has already spoken to House Speaker Nancy Pelosi about the bill and has also expressed his confidence saying that “we will get a really good product on the president’s desk”.

The legislation, spearheaded by Schumer and Senator Todd Young from Republican Party, will allow the investment of more than $200 billion in scientific and technological innovation in the United States over the next five years.

In May, Schumer expanded the bill, which was initially known as the Endless Frontier Act, and renamed it the United States Innovation and Competition Act.

The plan has been expanded to include a new technology and innovation directorate at the National Science Foundation, which will ensure that $100 billion in funding is directed toward the development of AI, semiconductors, robots and high-performance computing.

According to Schumer, when it comes to technological innovation, Washington has allowed the United States to “lag” behind China.

He explained that America has become far too comfortable with the United States allocating less than 1 per cent of the GDP on basic scientific research, and that is the fault of government, as well as the private sector.

“The world is so competitive and global competition is so severe, companies feel they can’t invest as much in the kind of research that might pay off profits five or ten years down the road,” the Senate majority leader said, as reported by the USA Today.

The expanded legislation would provide $52 billion in aid to the companies which manufacture semiconductors to help them produce computer chips, which have been in short supply worldwide since 2020 summer.

This shortage has significantly affected manufacturers and automakers who use the chips in vehicles, cellphones and video game consoles.

A report by the Semiconductor Industry Association has revealed that 75 per cent of the world’s chips come from Asia.

It was also found that the United States’ share of global semiconductor production capacity has dropped from 37 per cent in 1990 to 12 per cent today.

While speaking at a recent press conference, Senator Debbie Stabenow from Democratic Party, who sits on the Committee on Energy and Natural Resources said, “We have seen what happens when our automakers and manufacturers depend on semiconductors made overseas alone”.

She pointed the fact that the Covid-19 pandemic has revealed the flaws in the supply chains, including medical and manufacturing supply networks.

However, in addition, the bill would provide $81 billion in congressional funding to the National Science Foundation (NSF) budget between fiscal years 2022 and 2026 to revive innovation by redesigning existing programmes and establishing a new directorate.

It would also create IT centres in areas where they have not previously existed.

Although the bill has already passed the Senate, it will have to fight with a similar bill in the House, where it will be debated next.

Another bill, the NSF for the Future Act, has been presented in the House of Representatives.

Both initiatives aim to stimulate American innovation by increasing the NSF’s budget.

The NSF for the Future Act is a more targeted, smaller-scale plan that would quadruple the NSF’s funding in five years that includes a new directorate for scientific and engineering solutions.

According to reports, some people are concerned about the Senate plan’s excessive concentration on China, while others want a bill with a new tech directorate that is more focused on applied research.

According to Arvind Krishna, CEO of International Business Machines Corp., the bill is a “visionary piece of legislation,” that supports the type of public-private collaboration that got humankind to the Moon.

Al Thompson, vice president of US government relations at Intel Corp., said: “The [bill] will not only boost investment in manufacturing capacity here at home but foster an innovation ecosystem and protect a critical supply chain”.