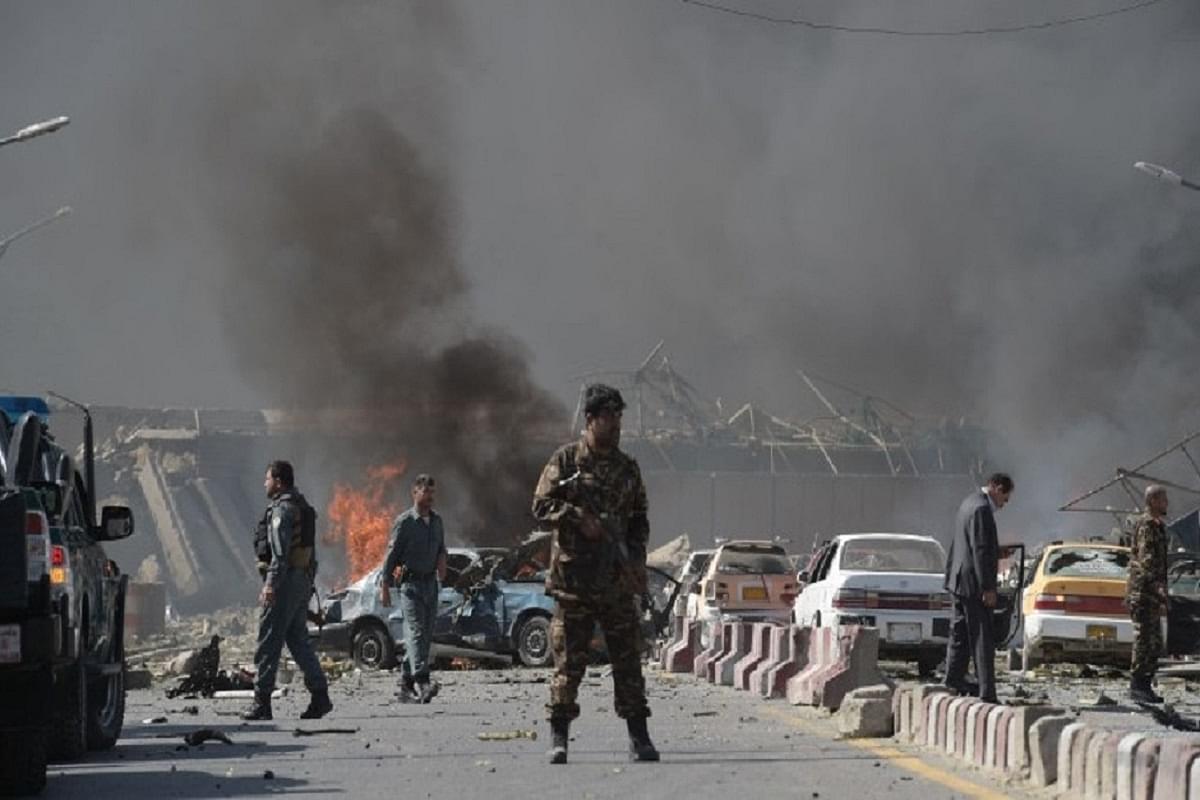 US troops have started arriving in Kabul to assist in the evacuation of the American Embassy personnel from the war-torn country where the Taliban is gaining ground against security forces, a media report citing an informed official said on Saturday.

The TOLO News report cited the official as saying that the troops' arrival will continue till Sunday (15 August).

On Thursday (12 August), US State Department spokesperson Ned Price had announced that the country will deploy thousands of troops to the Kabul airport to support the American Embassy staff drawdown as the security situation in Afghanistan continues to deteriorate.

Price said that the Embassy will remain open, and the US plans to continue diplomatic work in the country.

Also on Thursday, Pentagon Press Secretary John Kirby told reporters that three infantry battalions, about 3,000 troops, will be deployed to Kabul airport within 24 to 48 hours.

In addition, around 1,000 personnel of a joint US Army and Air Force support team will be sent to Qatar to facilitate the processing of Afghan applicants for Special Immigrant Visas (SIV).

An infantry brigade combat team will arrive in Kuwait next week in case additional forces are needed.

Saturday's development comes as the Taliban militants have continued to make rapid military advances across the country.

Earlier in the day, Taliban claimed to have captured two more provincial capitals of Tirin Kot(Uruzgan) and Firoz Koah (Ghor).

Taliban spokesperson Zabihullah Mujahid also said that most parts of Pul-e-Alam, the capital of Logar province, has fallen to the Taliban, adding that clashes continued at an intelligence agency office and two army bases in the city.

Pul-e-Alam, about 60 km south of the national capital of Kabul, has witnessed heavy clashes since early Friday when Taliban stormed the city from different locations.

In the past one week, the insurgents overran more than 10 provincial capitals, including Herat, Kandahar and Ghazni cities.

The situation in the war-torn country has been worsening since the withdrawal of US-led troops starting on May 1.

Many Afghan cities and about half of the country's 34 provinces in recent weeks have witnessed heavy battles and intense fighting between Afghan forces and Taliban militants.

US President Joe Biden ordered the American military to end its mission in Afghanistan by August 31.

Earlier this month, Afghan President Ashraf Ghani blamed the speedy withdrawal of US-led troops for the worsening violence in his country.