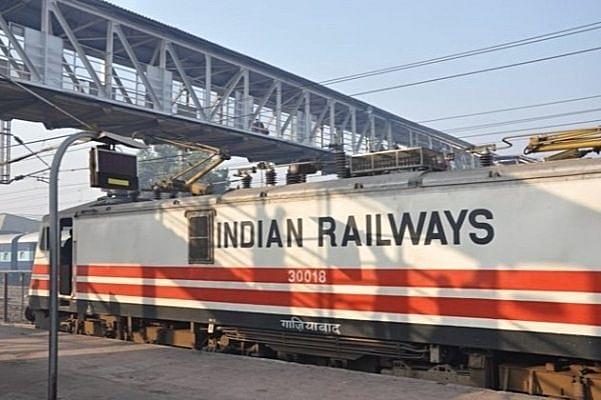 With the commissioning of the 351-km-long Madar-Palanpur section, three cement sidings have seamlessly got connected with the Western Dedicated Freight Corridor of the Indian Railways, boosting cement loadings and ensuring fast track infrastructure development of the region.

Passing through the Aravalli range of mountains, the section is expected to provide easy access to the cement cluster for Western Uttar Pradesh, Gujarat and Madhya Pradesh.

According to a senior railway official, the section contains suitable deposits of cement raw material with 10 million tonnes loading capacity of three cement sidings which will result in faster connectivity of the DFC.

Connected with New Bangurgram station of WDFC, the Shree Cement siding has a receiving capacity of one coal rake per day.

UltraTech Nathdwara Cement is loading on an average two rakes per day of cement and clinker. This siding is connected with New Keshavganj station of WDFC.

Similarly, JK Lakshmi Cement siding is having connectivity with the new Banas station of WDFC and is loading on an average 1.71 rakes per day of cement and clinker.

Indian Railways is the lifeline of the nation. To make India a five trillion dollar economy, it is essential to develop transport networks at the same pace. Development of transport infrastructure will give a major fillip for the growth of industries, commerce, exports and imports.

DFCC has been set up as a special purpose vehicle to undertake planning, development, mobilisation of financial resources, construction, maintenance and operation of Dedicated Freight Corridors.

In the first phase, the organisation is constructing the Western DFC (1506 km) and Eastern DFC (1875 km including PPP section of Sonnagar-Dankuni Section.) The Eastern DFC starting from Sahnewal near Ludhiana (Punjab) will pass through the states of Punjab, Haryana, Uttar Pradesh, Bihar and Jharkhand to terminate at Dankuni in West Bengal.

The Western Corridor connecting Dadri in Uttar Pradesh to Jawaharlal Nehru Port (JNPT) in Mumbai will traverse through the states of UP, Haryana, Rajasthan, Gujarat and Maharashtra of WDFC and EDFC.

WDFC’s 306-km Rewari-Madar section was dedicated to the nation on 7 January 2021. On Saturday, a trial run of the 353 km of WDFC between New Palanpur to Madar was done.

EDFC’s 351-km New Bhaupur-New Khurja section and the Operation Control Centre at Prayagraj were dedicated to the nation by the Prime Minister on December 29, 2020.

Currently, a trial run of electric loco on EDFC in the 100-Km New Ganj Khawaja to Chirala Section has been done. A total of 2,800 Km of the whole WDFC and EDFC (excluding the Sonnagar–Dankuni PPP section) will be commissioned by June 2022.

The opening of this stretch will benefit various industries in Swaroopganj, Banas, Keshavganj, Bangurgram, Beawar, Kishangarh, Phulera, Rewari–Manesar and Narnaul areas of Rajasthan and Haryana.

In addition to this, the container depot of CONCOR at Swaroopganj, Kathwas will also come on the DFC map and get advantage in terms of faster throughput.