When Will SaNOtize's Nasal Spray Treatment For Covid-19 Be Available In India? CEO Says Company In Search Of Local Partner 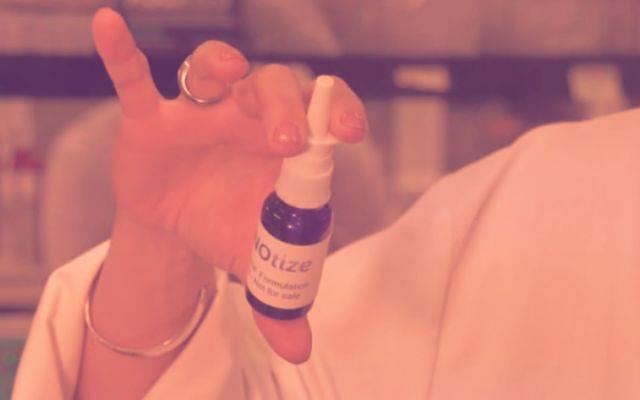 Although the Covid-19 vaccination drive is underway in India, a nasal spray developed by Canadian biotech company SaNOtize Research & Development Corp (SaNOtize) could be a game-changer in bringing the pandemic to an end.

Currently, the Canadian firm is reportedly talking to some pharmaceutical companies in India to take its Nitric Oxide Nasal Spray (NONS) to the Indian market.

The self-administered nasal spray is said to have shown promising results in its trials conducted in the United Kingdom and Canada.

Now the company is aiming towards emergency approval from the worldwide regulators.

In an interview with Money9, Chris Miller, co-founder and Chief Science Officer at SaNOtize said that the firm is in talks with several potential partners in India and looking for a “reputed Indian pharmaceutical company” that can help the Canadian firm with expansion.

“It should be a reputed company with distribution channels for equitable access to all, especially those that do not have access to vaccines,” he added.

The company’s CEO and co-founder of Dr Gilly Regev also confirmed that SaNOtize is currently working to find the right partner in India.

“We are hoping that it [NONS] will be approved as a medical device in India to prevent Covid-19,” she said.

She believes that the nasal spray could have saved millions of lives if it was marketed in 2020.

"What I would have loved right now is to go and give this to a whole town in India and show that everyone using it is not getting infected,” Dr Regev added.

This spray can be carried like a hand sanitiser and use every time if there was a risk of exposure to the virus.

In Israel, the authorities have already approved NONS as a medical device.

The company is also expecting to begin the sale of their revolutionary product in pharmacies over the counter in Israel at $30 per bottle in a month.

Last month, a clinical trial in the United Kingdom confirmed that the nasal spray can reduce Covid-19 viral load by more than 95 per cent in coronavirus infected people within 24 hours of treatment and 99 per cent in 72 hours.

In the case of introducing NONS in the Indian market, Dr Regev said: "We need a partner in India for regulatory compliance and discussions with some large pharmaceutical companies…[but] we have not been in touch with government or the regulator in India yet.”

The company is also hoping that a part of the Phase III trial of NONS could take place in India.

She believes that India has quite a few possibilities and locations that will work for SaNOtize, while the company has started to explore more manufacturing sites around the world.