While Rahul Gandhi Targets BJP, It Was UPA Which Supported Discriminatory Scheme Against Women Army Officers 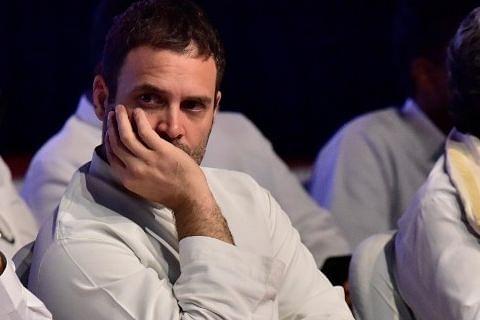 “The government disrespected every Indian woman by arguing in the SC that women Army officers didn’t deserve command posts or permanent service because they were inferior to men. I congratulate India’s women for standing up & proving the BJP Govt wrong,” wrote Gandhi in a tweet.

However, Gandhi forgot to address a couple of things related to the issue.

One, the scheme that differentiated between men and women in the Indian Army was formulated by Congress-led government.

The Short Service Commission (SSC) scheme under the scanner in the Supreme Court was extended to women in 2006, when Manmohan Singh-led UPA government was in power.

This was challenged by the women army officers in the Delhi High Court in 2003. In 2008, the Congress-led government brought out a circular over the issue which was also challenged in the court.

On 12 March 2010, the Delhi High Court ruled in favour of permanent commission to the women in the army.

However, the then UPA government challenged the verdict in the Supreme Court, and reportedly argued that the Indian Army comprised of men especially from rural background would not be able to accept female officers at the helm.

While there was no stay on the Delhi High Court order, the Congress government failed to implement the order.

The court had also issued a contempt notice to the chief of the army and the Ministry of Defence at the time for not following any instructions on the 12 March verdict. The Manmohan Singh-led government had filed a petition demanding not only a stay on the high court verdict but also a review thereof.

BJP leader Meenakshi Lekhi, who fought the case for the women army officers in the court, responded to Rahul Gandhi’s tweet:

“Mr Rahul Gandhi please click the refresh memory button. It was the Congress government that argued vociferously against permanent commissioning of women in the army back in 2010 before the Delhi HC. Who challenged the decision before the SC which ruled in favour of women? Mr G, it was YOUR OWN govt”

Lekhi stated that she had also filed a contempt petition in the court against the UPA government for not implementing the order.

She also stated that in 2018, the Prime Minister Modi had announced permanent commission for women.

"Women officers commissioned in short service will get opportunity for permanent commission like their male counterparts. This is my gift to the women of this country from Red Fort today," PM Modi had said from the ramparts of the Red Fort.

The lawyer of the petitioners Meenakshi Lekhi also said that Army authorities had misled the court. “All those misleading statements were rejected by the court today. Now women will get equal rights in the Army like men. The judgement has paved way for women officers to hold command posts,” she said.