Explained: Why Andaman’s Barren Island, Home To India’s Only Active Volcano, Is In News 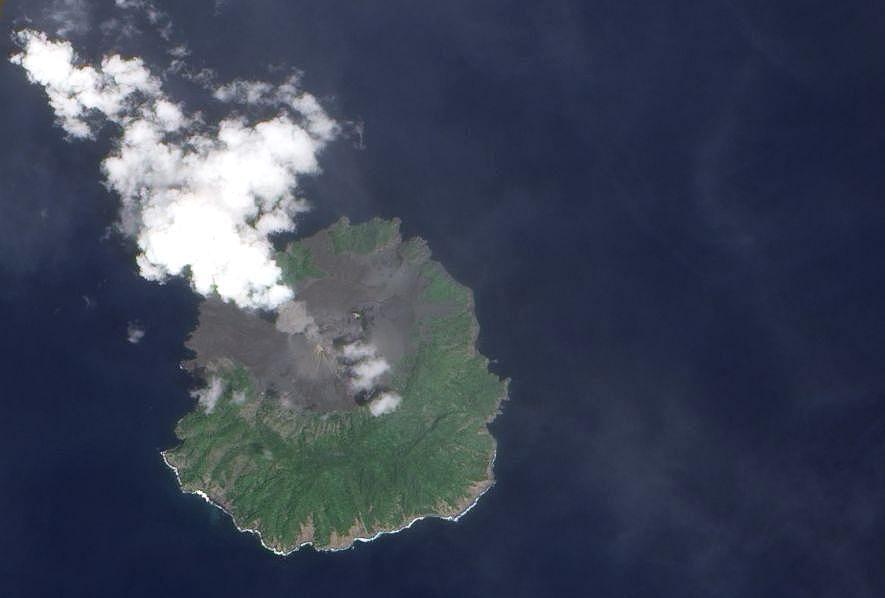 A plume of ash rises from Barren Island Volcano on 25 September 2010. (NASA)

Barren Island is home to India’s only live volcano.

The island, part of the Andaman and Nicobar chain of islands, is located in the Andaman Sea, around 140 kilometres northeast of Port Blair, the capital of the Union Territory. The uninhabited 3-km-wide island is open to visitors with prior permission.

The volcano on the island, the only active volcano along a chain of volcanoes that runs from Indonesia’s Sumatra in the south to Myanmar in the north, remained dormant for over 150 years before it started showing activity again in the year 1991. Since then, it has shown intermittent activity, most recently in 2018.

The volcanic island has been in news in recent days.

In the early hours of 2 May, a Rajshree-class patrol vessel of the Indian Coast Guard, which was on a routine patrol in the Andaman Sea off the coast of the Barren Island, sighted an unidentified boat close to the island.

It was clear that these men were poachers operating illegally in Indian waters.

While two men were arrested soon after, two other managed to flee into the dense forest on the island, the Coast Guard said in a statement.

The two missing poachers were arrested a day later, on 3 May. The four poachers, all from Myanmar, were taken to Port Blair and handed over to local police.

The Coast Guard party that boarded the ship abandoned by the poachers found fish catch, including sea cucumber, turtle skull and conch shells.

Owing to their high value and demand in international market, many species of sea cucumber have been over exploited in waters in and around the Andaman and Nicobar Islands by poachers, both Indian and foreign.

Sea cucumbers and shells are easy target as they are found in shallow waters. This allows small scale traditional poachers, who do not have access to modern techniques and equipment, to exploit these resources.

Most of the poachers apprehended in the Andaman and Nicobar Islands are seized with sea cucumbers, shells and fishes, a report by the Ministry of Environment, Forest and Climate Change said in 2011. A majority of the poachers involved in this activity come from Myanmar, which located just east of the island chain.

In 2007, Air Marshall P P Raj Kumar, the Commander-in-Chief of the Andaman and Nicobar Command, had revealed that poachers from Myanmar had even set up hideouts in some remote islands part of the island chain.

Much recent reports say poachers from Myanmar have also been spotted close to the North Sentinel Island, which is home to the Sentinelese, one of the world's most isolated tribes that lives in complete isolation, and may even have used it at a base.

As suspension feeders — aquatic animal which feeds on particles of organic matter suspended in the water, sea cucumbers play an important ecological role of regulating water quality. Sea cucumbers also have an important place in the food chain in coral reef ecosystems. Therefore, unsustainable fishing of sea cucumbers can cause significant damage in marine ecosystems around Andaman and Nicobar Islands.

With improvement in surveillance over the past decade, the Indian Coast Guard has managed to bring down the incidents of poaching in the area.

However, the fact that the 2 May incident was the second such apprehension by the Indian Coast Guard in 10 days, is worrying, experts have said.

In its statement on the 2 May incident, the Indian Coast Guard said some poachers could still be hiding on the Barren Island. The statement noted that the Coast Guard had launched a joint search operation in coordination with local police.