Why Margazhi Month Is Auspicious: Understanding The Science Behind Ancient Hindu Calendar 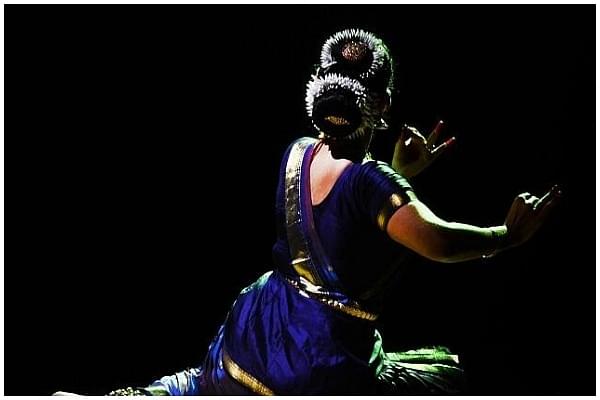 The auspicious month of Margasheersha, also known as Margazhi in Tamil, has started from 26 November.

Margasheersha is considered auspicious for putting efforts into one’s own spiritual growth - be it Sadhana, Vrata, Bhajan or Pooja - for the Upasakas of Shiva, Shakti, Vishnu as well as others.

Margasheersha is named after the Mrigshira Nakshatra - the time when the full moon appears closest to the Orion constellation. The name can itself be taken to mean 'the one that leads us to the right path'.

In Bhagvadgeeta, Sri Krishna says: मासानां मार्गशीर्षोऽहमृतूनां कुसुमाकरः , that is, among the months, Srikrishna is the Margasheersha, indicating that he himself puts the Bhakta on the path towards the divine.

Several festivals fall in this month. On the Shukla Ekadashi (the 11th day of the waxing moon phase) Gita Jayanti is celebrated. Mokshada (the giver of Moksha) Ekadashi or Vaikuntha Ekadasi falls in this month.

The Krishna Paksha Ashtami (eighth day of the waning moon phase) is celebrated as the Kalabhairava Ashtami, the day when Shiva manifested himself as Kalabhairava.

Thiruvathira or Arudhra Darisanam is also celebrated in this month with grandeur in the states of Tamil Nadu and Kerala. In this festival, the cosmic dance of Shiva as Nataraja - representing the continuous cycle of creation and destruction - is celebrated.

Dattatreya Jayani occurs on Poornima (full moon day) of the Margashirsha, and Katyayani Vrata that the Gopis carried out for Srikrishna also falls in the Margasheesha. The pilgrimage to holy shrine of SriAyyappa in Sabarimala also falls in this month.

With the onset of Maargasheersha, the weather cools down. According to Ayurveda, the bodily fire recedes within, and becomes strong, facilitating the digestion and assimilation. Therefore, the bodily situation is perfect for the sadhana.

Margasheersha also marks the end of Dakshiyana, that is, the apparent movement of the Sun towards the south. With this, the second half of the year called as Sadhanapada also comes to an end.

Maargasheesha is also known as ‘Agrahāyaṇa’ meaning the month of Ayana or Equinox. After this month, the Uttarayana - northward movement of the Sun begins. Uttarayana - the first half of the year - is called kaivalyapada.

The harvest of the crops sown during the former (Rabi crops), are harvested in the latter. Similarly, the orientation of the festivals during Kaivalyapada is more towards celebration, while during Sadhanapada, the emphasis is more on Sadhana.

Maarhasheersha, therefore, marks the last month of the opportunity of putting efforts towards one’s goals. One is expected to wake-up early - in the Brahma Muhurtam - and spend time on their spiritual progress.

The Hindu calendar is a lunisolar calendar, meaning, it is based on the motions of both sun and moon as observed from the earth. The Hindu calendar superimposes the lunar calendar over the solar one. We will come back to this later. First, let’s try to understand the basics.

As one observes from the earth, the sun appears to move between the Tropic of Cancer and the Tropic of Capricorn. Beyond these, up to the poles, the sun is never overhead, and always appears in the east or the west. At the poles - we have days and nights of six months each, for half a year. This is due to the tilt in the earth’s axis.

According to Surya Siddhanta, When the sun appears to be moving in the northern direction - from the Tropic of Capricorn towards the Tropic of Cancer - this period is known as Uttarayana. This will last from the winter Solistice to the Summer Solistice.

Similarly, the period between the Summer Solistice to the Winter Solistice, when the Sun appears to be moving south, will comprise of the Dakshiyana.

The readers can themselves observe the apparent movement of the Sun from the earth in the below animation by Kishore S Kumar.

On the other hand, the early Vedic tradition treats Uttarayana as the period in which the sun is in the northern hemisphere (irrespective of the movement towards south or the north).

This way, the movement from the vernal equinox to the autumnal equinox is designated as Uttarayana, and vice versa, as Dakshinayana. Readers can select the early Vedic option from the above animation, and observe the same.

The vernal equinox, when the sun is overhead at the equator and is moving in the north direction, becomes the start of the Hindu New Year - Sauramana Yugadhi.

The beginning of Pitrupaksha - the Paksha dedicated to the ancestors begins with the Dakshinayana - from autumnal equinox - as the Sun enters the southern hemisphere.

Now, the apparent movement of the sun in one whole year (one revolution of the earth around the sun) can be fragmented into 12 parts (of thirty degrees each) based on the constellation the sun aligns with. These are the 12 Rasis - Mesha, Makar, Mithun etc. These are called solar months.

The crossing of the Sun into a Rashi is called a Sankramana and Mesha Sankramana marks the beginning of a new solar year.

While the year is solar, the months in the Hindu calendar are lunar, that is, a month starts from the new moon day. Till the full moon day, the Shukla Paksha continues, after that, Krishna Paksha starts and ends before the new moon day - when the next month begins.

Therefore, the lunar month is based on the movement of the moon with respect the earth-sun axis. These lunar months (and not the solar months) are used in the Hindu calendar with the names - Chaitra, Vaishakha, Margasheersha etc.

These twelve months are further subdivided into six lunar seasons based on the weather.

Now, one ‘Divasa’ is simply defined as the time between one sunrise and the next. This is used for the general day to day tasks and planning. This is called Savana Ahoratra.

On the other hand, one lunar day is known as ‘Tithi’, and is based on the movement of the moon.

The ‘Tithis’ - thirty in number (from Prathama to Poornima to Amavasya) - are used for calculation of auspicious timings. Each tithi corresponds to 12 degree movement of the moon, and can comprise of 19 to 26 hours, and of course, doesn’t correspond to the solar day.

When a tithi corresponds to two sunrises (26 hours), both the solar days are labelled with the same tithi, calling it ‘Adhika Tithi’. On the other hand, when a tithi starts and ends between two sunrises (19 hours), it is skipped on the calendar - and we have a ‘Kshaya Tithi’. This is when we have a jump from, say, Trayodashi to Amavasya without having Chaturdashi in between.

The readers can better understand this with the animation below:

The revolution of the earth around Sun - 365.25 days - was calculated quite close to accurate by several Indian scholars like Aryabhatta, by measuring the time taken for the Sun to return to the same position with respect to the fixed stars.

Now, one lunar month (from one new moon to next) is shorter than one solar month, and therefore, one lunar year is also shorter - by approximately 11 days - from a solar year.

Therefore, if we keep following just lunar months without adjusting them to match the solar year, the festival dates (in the lunar calendar) will stop corresponding to the season and time they are celebrated in.

For example, since Islamic calendar is lunar, the Ramadan sometimes falls in summer, and other times in the winter.

On the other hand, the festivals, say Holi, with significance and traditions depending on the conditions of the season would not make sense if they fall, say, in winter.

This requires adjustment of the lunar calendar with the solar calendar (remember, the seasons correspond to the revolution of the earth around the sun, and therefore, solar calendar).

The extra 11 days each year add up to a month in around 2.7 years, therefore, at that interval, the Hindu calendar adds an extra month or ‘Adhika Masa’.

In practice, every lunar month witnesses one sankramana, that is, movement of Sun from one Rasi to another. The month which spans a single rasi and no sankramana is labelled as an Adhika Masa after the name of the month succeeding it. For example, in the above animation, Adhika Bhadrapada precedes Bhadrapada in the second year.

One might wonder why use a lunisolar calendar with the pain of adjustment instead of a solar one, like the Gregorian calendar we currently use.

A simple reason is that the waxing and waning phases of the moon make for an easy identification of the day (prathama, dwitiya, poornima etc) for literates as well as the illiterates. This is not as easily possible by observing the Sun. The night sky with the moon also facilitates the observation of different Nakshatras and planets.

Antiquity of Hindu texts and calendar

The above calculations of a lunisolar year are mentioned in the second millenium BCE work of Lagadha. Astronomy, or Jyotisha is one of the six Vedangas and was considerably developed discipline in the ancient India.

Based on the events mentioned in the texts, we can deduce their antiquity as well as that of the Hindu calendar systems by using the Procession of the Equinoxes.

The axis around with the earth rotates, itself rotates to chart a conical shape. Therefore, the equinox aligns with different nakshatras over time. In his book, The Orion, or Research into the Antiquities of the Vedas, Bal Gangadhar Tilak, 1893 attempted to ascertain the timings of the Vedas using this method.

In an article published on the recent research on the existence of the Saraswati river, which is extensively mentioned in the Rig Veda, it was argued that the Rig Veda was composed no later than the Harappan civilisation, and same is the conclusion of Tilak.