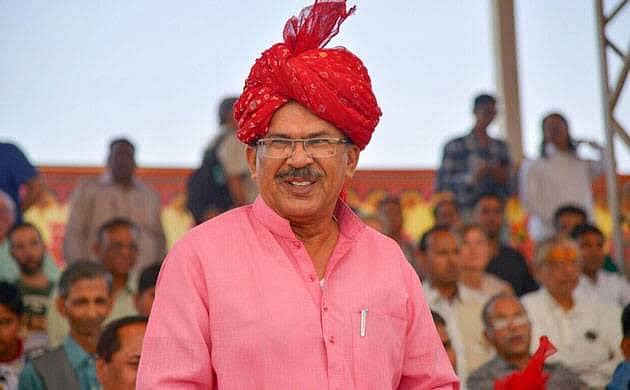 The Bharatiya Janata Party (BJP) is preparing for the forthcoming civic polls in Jaipur, Rajasthan.

It is cornering the Congress on various fronts related to issues of infrastructure, maintaining of infrastructure that came up during BJP's rule in the state, and the alleged neglect of initiatives taken by the Centre in Rajasthan.

BJP legislator Vasudev Devnani made a scathing attack on Congress in a campaign for the forthcoming civic polls.

He has reportedly said that he “will not let the Congress make Jaipur another Hyderabad and Congress MLAs here become Asaduddin Owaisi”.

Owaisi (president of the All India Majlis-e-Ittehadul Muslimeen) represents Hyderabad in the Lok Sabha.

He has said that the Congress divided Jaipur into two municipal corporation areas for dividing society for political mileage and for promoting "such elements".

“Congress has divided this pink city into two corporations. Partition has been the nature of Congress. For political mileage, they have divided Jaipur Corporation and promoted such elements who have divided society in the Pink City," he said.

BJP is looking at winning the two municipal corporations in the polls which will be held on 29 October and 1 November.

The BJP legislator also accused Congress of irregularities in the distribution of ration kits during the Covid-related lockdown in the state.

He said that a large section of people was deprived of ration kits as it was distributed to Congress supporters and a 'certain section' during the Covid-induced lockdown.

The BJP has attacked the state government for neglecting infrastructure projects that saw completion during its rule in Rajasthan under the Vasundhara Raje government.

The party has cornered the Congress on the state government's failure to operate the Dravyavati River project.

BJP worker Ajay Gupta has been quoted as saying: “The condition of Dravyavati River has deteriorated during the Congress regime which was highlighted by the BJP in the ‘black paper’ released by it. If the Congress had given it a push, the project would have benefited thousands of residents."

BJP has questioned the poor status of Rs 5,000 crore worth projects under the smart city scheme under the Centre during the Congress rule in the state.

The party has also cornered the Congress on the Annapurna Rasoi and said that the benefit is not reaching "the poor and daily wagers unlike it was in the previous government."