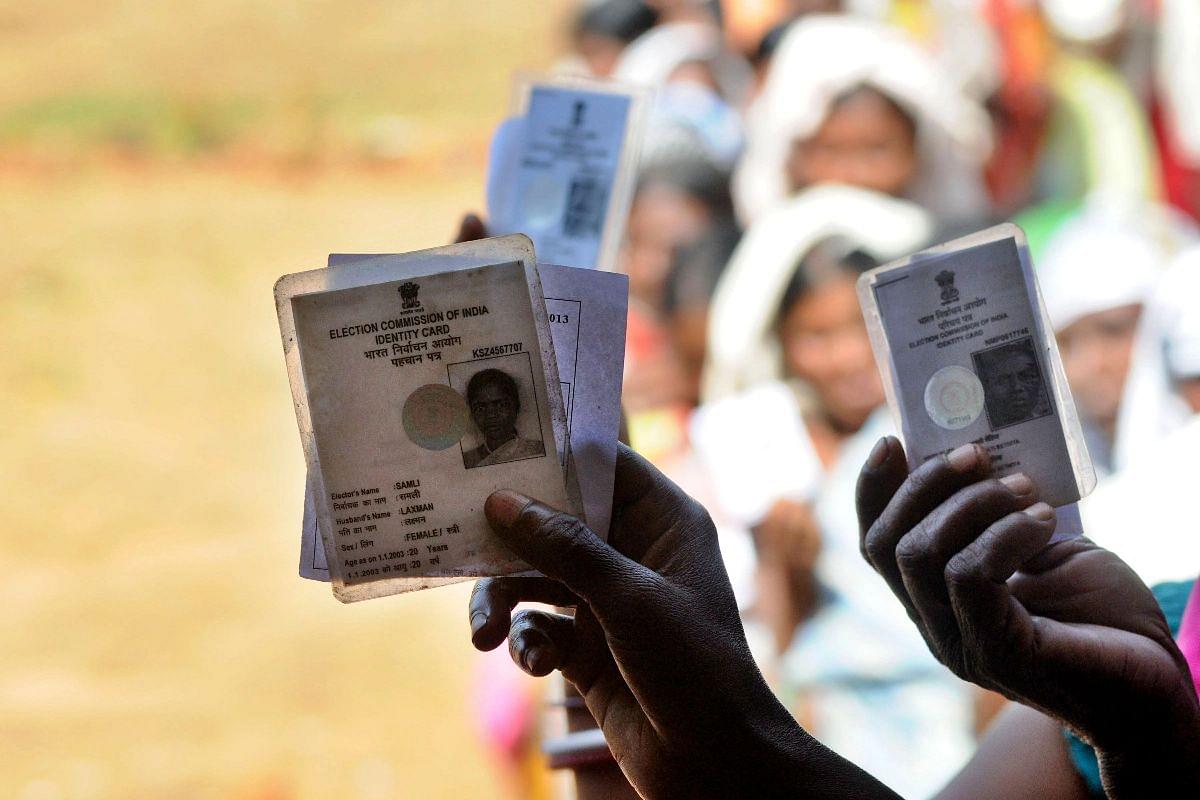 Seventeen plus (17+) year old youngsters can now apply in advance for having their names enrolled in Voters list and not necessarily have to await the pre-requisite criterion of attaining age of 18 years on 1 January of a year.

Henceforth, the Electoral Roll will be updated every quarter and eligible youngsters can be registered in the next quarter of the year in which he/she has attained the qualifying age of 18 years.

After getting registered, he/she will be issued an Electoral Photo Identity Card (EPIC). For the current round of annual revision of electoral roll, 2023, any citizen attaining the age of 18 years by 1 April, 1 July and 1 October of 2023 can also submit an advance application for registration as a voter from the date of draft publication of electoral roll.

The Election Commission of India, in pursuance of the legal amendments in the Section 14(b) of the RP Act 1950 and consequent modifications in Registration of Electors Rules, 1960, has initiated the process for bringing about necessary changes for preparation/revision of electoral roll of Assembly/Parliamentary Constituency.

It may be recalled that on the recommendations of ECI, the Ministry of Law and Justice recently amended the RP Act to provide for four qualifying dates - 1 January, 1 April, 1 July and 1 October as eligibility for youngsters to register in electoral rolls as opposed to the earlier single qualifying date of 1 January only.

This meant that a large number of young persons who completed 18 years after 1 January had to wait for Special Summary Revision of the next year for enrollment and were not able to participate in elections held in the intervening period.

The Commission has also made the registration forms more user friendly and simpler. The newly modified forms will come into force on 1 August, 2022. All applications (claims and objections), in old forms, received before 1 August, 2022 will be processed and disposed of and in such cases, there is no need to file application in new forms.

The Commission has ordered Annual Summary Revision with reference to 1 January 2023 as the qualifying date in all states except the poll going states. All the pre-revision activities are undertaken in accordance with the Commission’s existing instructions and guidelines and Manual on Electoral Roll, 2016 and Manual on Polling Stations, 2020.

The revision and pre-revision activities are done in such a manner that the Electoral Rolls are finally published much before National Voters’ Day (25 January of every year) so that EPICs generated for new electors especially young voters (18-19 years) can be distributed to them in ceremonial manner on National Voters’ Day.

Pre-revision activities include rationalisation/re-arrangement of polling stations; removal of discrepancies of demographically/photo similar entries; preparation of supplements and integrated draft roll with reference to 1 October 2022 as the qualifying date.

Commission has directed to take all efforts to ensure 100 per cent removal of DSEs/PSEs from electoral roll and discrepancies in EPICs during the current round of pre-revision activities.

Special camps will be organised by CEOs on weekends for which the date will be publicised by concerned CEOs. The final electoral roll will be published on 5th January 2023.

As part of the Annual Summary Revision, polling stations, having more than 1,500 electors, shall be rationalised/modified as per the given schedule and before the draft publication of electoral rolls in accordance with instructions contained in Manual on Polling Station, 2020.

For linking of Aadhaar number with Electoral Roll data, provision has been made in the modified registration forms to seek Aadhaar details of electors. A new Form-6B has also been introduced for collecting Aadhaar number of existing electors.

It has been emphasised that while handling Aadhaar number of the applicants, the provision under Section 37 of the Aadhaar (Targeted Delivery of Financial and other Subsidies, Benefits and Services) Act, 2016 must be adhered to. Under no circumstances should it go public. If the electors’ information is required to put for public display, the Aadhaar details must be removed or masked.

A time bound drive is being started from 1 August 2022 for collection of Aadhaar number of the existing electors. Furnishing of Aadhaar number is purely voluntary. Objective of the programme is to establish the identity of electors and authentication of entries in electoral roll.

Detailed procedure of deletion of repeat/multiple entries has been specified. In repeated/multiple entries reported by individual citizens, BLAs of political parties or RWA representatives, field verification is mandatorily done in each and every case.

Name of the elector would be deleted in the electoral roll only at the place where he/she is not found to be ordinarily residing.

For the purpose of improving the health of the electoral roll, the Election Commission has emphasised the need for field verification by the booth level officers. There is a mechanism for supervision and checking for enforcing strict accountability of the work performed by different levels of electoral machinery, such as Supervisors, EROs and AEROs by field verification.

Similarly, DEOs, Roll Observers and CEOs also check the work done by EROs before the final decision on claims and objections is taken. Besides, Officers from ECI and O/o CEOs are also deployed to further random checks and to supervise.

With a view to ensure more involvement of political parties, the Commission has allowed Booth Level Agents (BLAs) of recognised political parties to file applications in bulk, subject to the condition that a BLA shall not submit more than 10 Forms to BLO at one time/in one day.

If a BLA files more than 30 Applications/Forms during the entire period of filing claims and objections, then the cross verification must be done by ERO/AERO themselves.