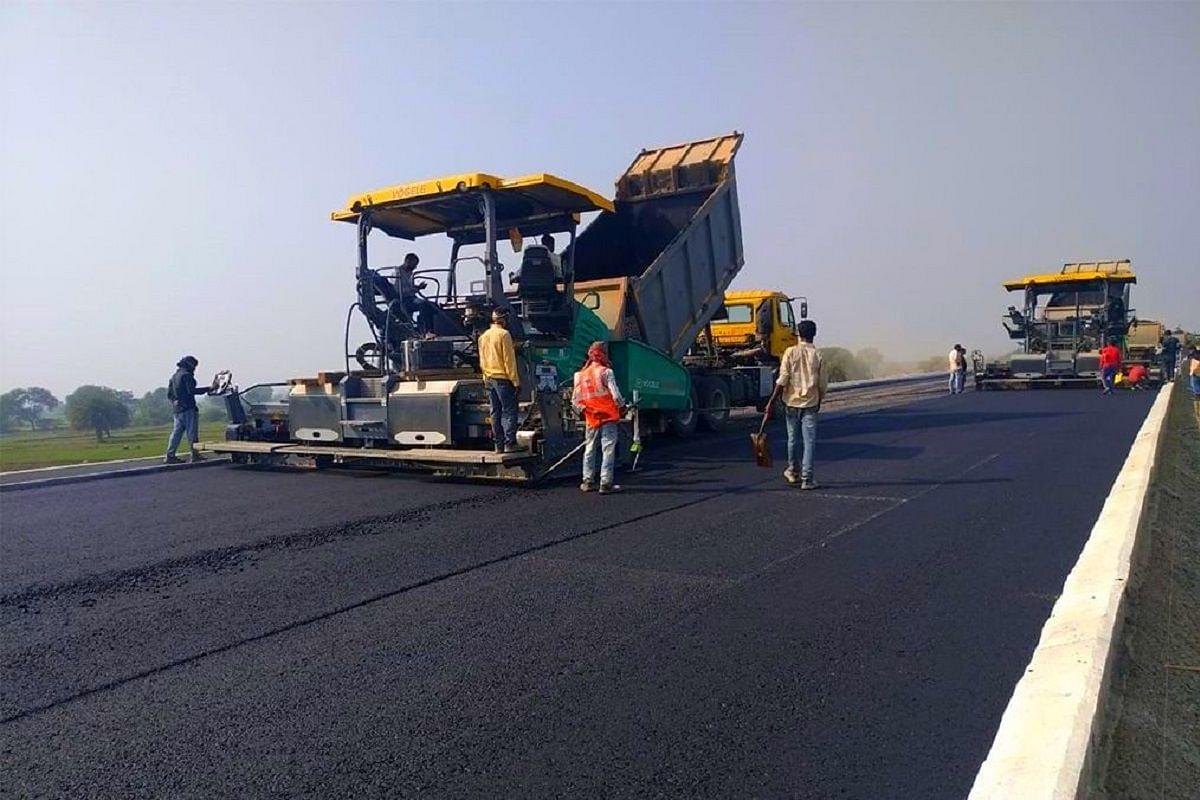 The 91.35-km-long Gorakhpur Link Expressway, that connects Gorakhpur with Purvanchal Expressway, has achieved overall progress of 58 per cent on the main carriageway.

Activities related to civil work including Granular Sub Base (GSB), Wet Mix Macadam (WMM) and Dense Bituminous Macadam (DBM) have been completed to the extent of 56 per cent, 56 per cent and 53 per cent, respectively.

The granular sub-base forms the lowest (bottom) layer of the pavement structure, and acts as the principal foundation for the subsequent road profile. Wet Mix Macadam work includes laying and compacting aggregates premixed with water, to a dense mass on a prepared GSB layer.

The four-lane (expandable up to six lanes) Gorakhpur link expressway starts at Jaitpur on NH-27 in Gorakhpur district, and ends by merging with the Purvanchal expressway, near Salarpur in Azamgarh district.

Uttar Pradesh Expressway Development Authority (UPEIDA), which is the nodal agency for the project, is executing this project on Engineering, Procurement and Construction (EPC) mode.

The project has been divided into two packages for implementation. While APCO Infrastructure Pvt Ltd is developing Package-1 of this project, Package-2 with a length of 43.03 km is being built by Dilip Buildcon.

Work on the Gorakhpur Link expressway commenced in February 2020 and is expected to be completed by March 2023. The approved greenfield project will cost Rs 5,876.67 crore, including the land cost.

Gorakhpur, the city known for its handloom and terracotta craft, is on a transformational journey. The city, located in the north-eastern part of Uttar Pradesh and Chief Minister Yogi Adityanath’s hometown, has received special attention in infrastructure development.

The under-construction Gorakhpur Link Expressway will provide faster connectivity and a better commuter experience. The state government also plans to connect the expressway to Varanasi through a separate link road.

Additionally, the central government has granted its approval to build a greenfield expressway from Gorakhpur to Siliguri in West Bengal, passing through districts in north Bihar.

The 519-km-long Gorakhpur-Siliguri Expressway will run from Gorakhpur in Uttar Pradesh to Siliguri in West Bengal via Bihar. Around 84 km of this four-lane expressway would pass through Gorakhpur, Deoria and Kushinagar districts in Uttar Pradesh, before entering Bihar.

The National Highways Authority of India (NHAI) has finalised the alignment for the expressway and work tender for the project shall be awarded in the next year.

The expressway, once operationalised will provide a direct link for out bound traffic from Northeast region towards northern India including the national capital, Punjab and Haryana.