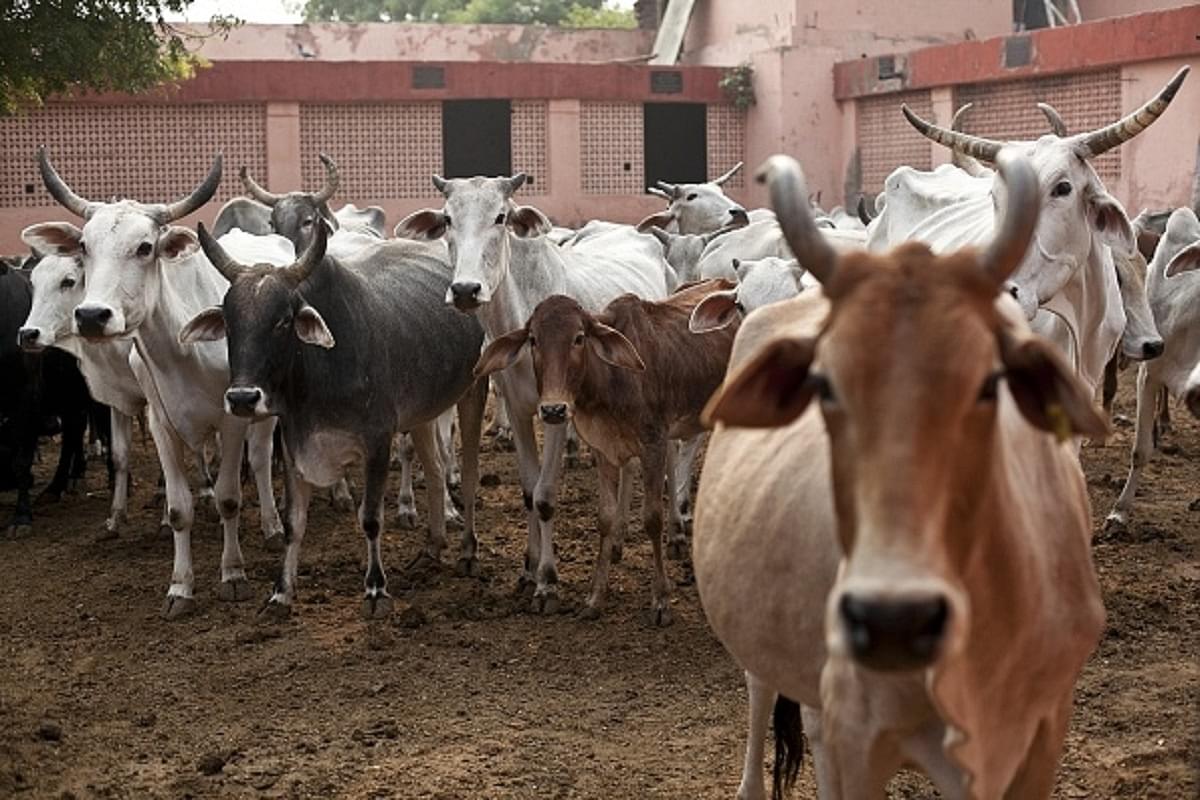 A herd of Cows (Photo by Allison Joyce/Getty Images)

Palghar, Jan 28 (PTI) A team of policemen were allegedly attacked by a group of 13 persons when they tried to prevent illegal slaughter of cows in Maharashtra's Palghar district, police said on Friday.

Based on a tip-off that stolen cows were being slaughtered at a meat shop and house, a team of four policemen went to probe the same in Tarapur on Wednesday evening, police PRO Sachin Navadkar said.

The team, led by a constable, reached a house in Tarapur and found the accused slaughtering a cow. The accused attacked them with sharp weapons and injured them, the official said.

Some cows were also tied up for slaughter in the meat shop, he said.

Some of the policemen in the team were badly injured and had to be rushed to the hospital for treatment, the official said.

The accused also manhandled the policemen and tore their uniform, it was stated.

The police managed to nab three of the accused Ansari Damanwalla, Soheb Allabakar Kaularikar and Suleman Patni, while others escaped the scene and a hunt has been launched for them, he said.

A case under sections 307 (attempt to murder), 353 (assault or criminal force to deter public servant from discharge of duty) and other relevant provisions of the IPC, Arms Act and other acts related to protection of cows and cruelty to animals has been registered, the official added.