Humberto Maturana (1928-2021): Remembering This Scientist’s Extraordinary Contribution To The Biology Of Cognition 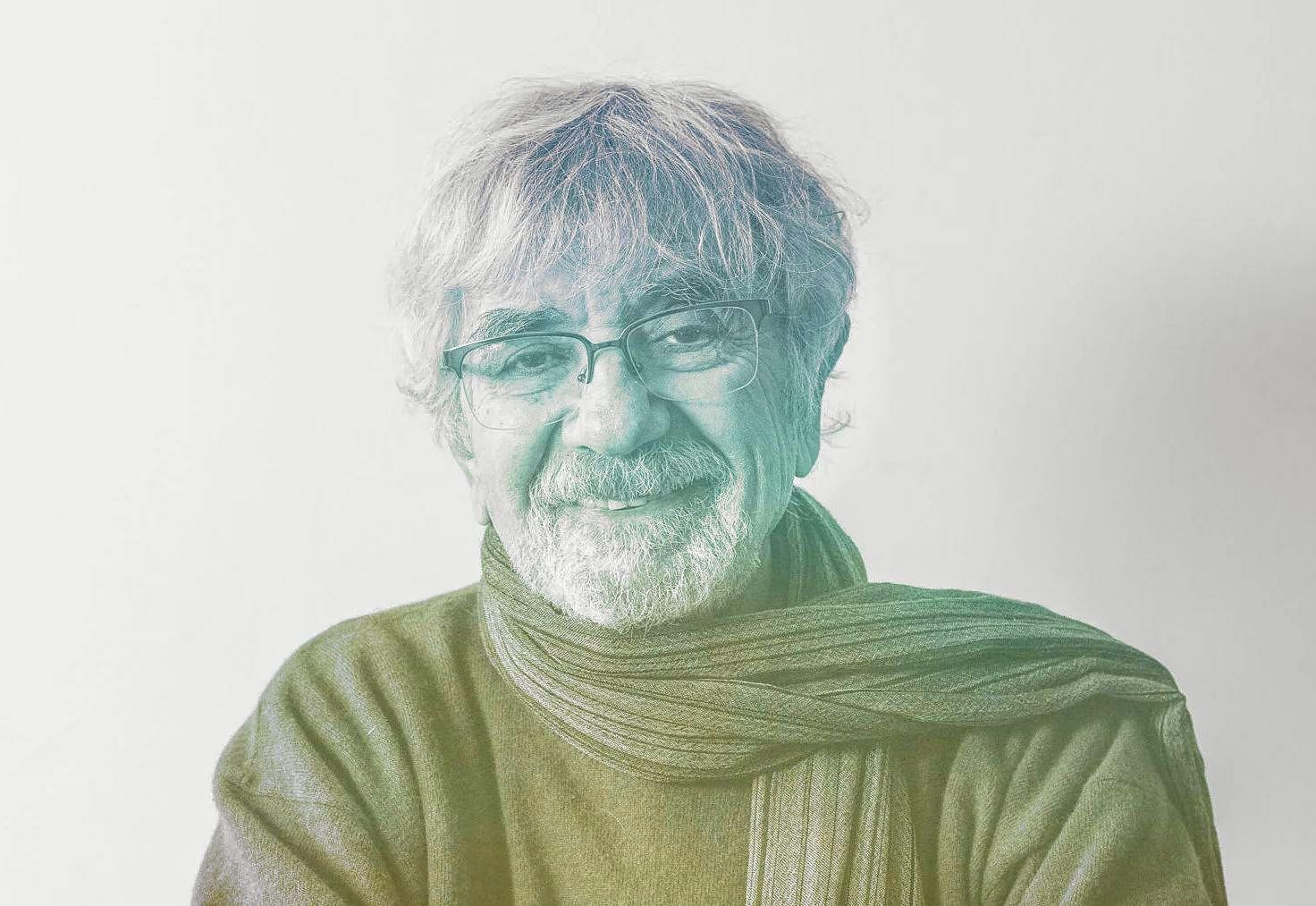 A human being passing into eternity past 90 means a fulfilled life. It is more so in the case of Humberto Maturana, the biologist from Chile, who passed away on 6 May 2021.

Physicist-turned-systems scientist and author Dr Capra has shown in detail in this book, relevant and important issues even today for the students of biological sciences, how Maturana and Varela came up with a refreshing and holistic understanding of the relation between self-organisation and life.

As a research student of biology, Maturana found himself attracted to cybernetics and had several questions. Arriving at the right questions that become the driving force of one’s life purpose is vital for a meaning and beautiful life.

The questions for Maturana as he revealed them to Capra were this: "What is the organisation of the living?" and "What takes place in the phenomenon of perception?"

Maturana was known for his work on the visual perception in frogs.

His work with the famous cognitive scientist Jerome Lettvin (1920-2011) of MIT, titled "What the Frog's Eye Tells the Frog's Brain", is today a path-breaking classic in the history of the science of cognition.

Before this study, the view was that the retina receives the light and sends the signals to the brain. But this paper showed that what was then usually considered as happening in the brain actually gets done by the neuronal organisation at the level of the eyes.

Though now accepted, when Lettvin and Maturana presented the paper, they were "literally laughed at" by the physiologists reminisced Lettvin later.

Maturana wrote later about his work on colour vision:

I soon realized in my research that my central purpose in the study of color vision could not be the study of a mapping of a colorful world on the nervous system, but rather that it had to be the understanding of the participation of the retina (or nervous system) in the generation of the color space of the observer.

In 1960, Maturana created the biology of cognition laboratory at the University of Chile. At the same time, he also used to visit (1964 to 69) the highly-advanced biological computing laboratory (BCL) at Illinois, US. It was working under cybernetics legend Heintz von Foerster.

In this study, he came to a seminal conclusion: colour is not obtained as an objective reality of specific wave lengths by the nervous system but as a representation of internal neuronal relations.

In the 1960s ,a brilliant student Francisco Varela met Maturana.

Soon Maturana realised that he had met a sahridhaya. Maturana came to a striking conclusion after years of research in perception and the way the organisation of nervous system plays a fundamental role.

Living systems are cognitive systems, and living as a process is a process of cognition. This statement is valid for all organisms, with and without a nervous system.

This is an amazingly insightful statement which has stood the test of time.

This statement was made in 1970 (in Biology of Cognition), when the philosophical views that dominated biology were mainly between vitalism and materialism.

From single-celled organisms, to neuronal organisation to computer simulations to community commons to the planet as Gaia, autopoiesis can be seen everywhere.

It provides an excellent exploratory window to understand not only nature and origin of life but also cognition, consciousness and language – particularly lan.

The uniqueness of being human lies in our ability to continually weave the linguistic network in which we are embedded. To be human is to exist in language. In language we coordinate our behavior, and together in language we bring forth our world. ‘The world everyone sees,’ write Maturana and Varela, ‘is not the world but a world, which we bring forth with others.’

It is not hard to see the resonance with the linguistic philosophy of Bhartrhari, as Dr Tandra Patnaik explains it:

Bhartrhari's way of unfolding ‘what the words present’ is both insightful and philosophically illuminating. He understands the world in terms of words. The nature of objects and existence in the world, according to him, is determined by how we cognize it. How we cognize it, in turn, is determined by word-impregnated concepts. Without the use of linguistic elements concepts cannot be formed. Therefore, as a conclusion, it follows that objects, their cognition and linguistic expressions about the affairs of the world – all of them, are dependent on the one and unitary linguistic principle (sabda-tattva).

The similarity between Bhartrhari’s Sabda Tattva and what Maturana calls ‘languaging’ is quite striking.

Maturana and Varela developed what is now known as ‘Santiago school of cognition’. They shifted the focus to the dynamics of connections and configurations as well as what Maturana calls ‘autopoiesis’.

It is the combination of two Greek words auto meaning self and poiesis is to bring forth something new and is associated for ancient Greeks with poetry. Autopoiesis is then self-creation.

Slowly and reluctantly, autopoiesis started gaining the attention of scientists. Lynn Margulis, the famous microbiologist, evolutionist and one of the co-creators of Gaia view of life, wrote:

Suffering philosophical distress, physics worshiping neo-Darwinists must reject autopoiesis and its attendant life-centered biology with the same zeal with which the Spanish true church, guarded by its Inquisitors, rejected the mescal- and peyote-eating religions of the Native Americans.

Santiago theory of cognition and consciousness also emphasises the centrality of communication and language in ‘bringing forth’ a world.

It is also instructive to compare the notion of bringing forth a world with the ancient Indian concept of maya. The original meaning of maya in early Hindu mythology is the “magic creative power” by which the world is created in the divine play of Brahman. …Hinduism denies the existence of an objective reality. As in the Santiago theory, the objects we perceive are brought forth through action. However, the process of bringing forth the world occurs on a cosmic scale rather than at the human level of cognition. The world brought forth in Hindu mythology is not a world for a particular human society bound together by language and culture, but the world of the magic divine play that holds us all under its spell.

Not all schools of Hinduism deny an external world completely.

In varied degrees, different schools of Hinduism emphasise the embedded nature of mind and matter in the interaction and the role of consciousness and it is bringing forth the reality through language.

Incidentally, Hindus also have the term ‘svayambu’ and the most sacred of the Shiv Lingas which are considered as embodiment of 'uncreate creativity', are svayambu-lingas.

In Saiva tradition, the relation between maya and the reality has been explored quite exhaustively. It is quite striking that Saiva Siddhanta of South India, while putting forth its vision of non-dualism distinguishes it from the trap of falling into mechanistic monism – what is called ekatma-vada. Then explains the non-dualism through the dynamic imagery of the meeting of light, eye and cognition.

Unlike the no-dualist (a-beda) view of all jewels have different forms but the same gold; unlike the dualist (beda) view of clearly demarcated light and darkness; not like the relation between word and meaning the partially united yet different (beda-a-beda) nature, what-is is united (a-beda) as in life permeating all organism, demarcated as in light of the sun and the light that reaches the eye (beda) and that light getting united with life to create an unitary experience (beda-a-beda): and Advaita is this non-duality.

A word of caution is necessary here.

The resonance and similarities we see in various Hindu schools and autopoiesis is not to suggest that we know autopoiesis centuries before Maturana. We do not. But we have a richer and flexible heritage to understand and apply autopoiesis in approaching the problems we study and explain the phenomenon we experience.

Sadly, we need to say that such attempts are conspicuous by their absence in our academia and culture. So we should not allow ourselves to be drawn into a false sense of prideful self-congratulation.

Discovery of autopoiesis is as important as the discovery of natural selection.

Unfortunately, despite autopoiesis providing a wonderful exploratory window into phenomena in varied domains from economics to ecology, evolutionary science to sociology and psychology to linguistics, phenomena of vital importance to the survival and ecologically harmonious flourishing of humanity, the discovery has not received the due importance it deserves.

We have to be thankful to Fritjof Capra for making this discovery reach audience far and wide.

One wishes India honours this important scientist of cognition Humberto Maturana (and his colleague Francisco Varela) with a memorial lecture and a postal stamp.