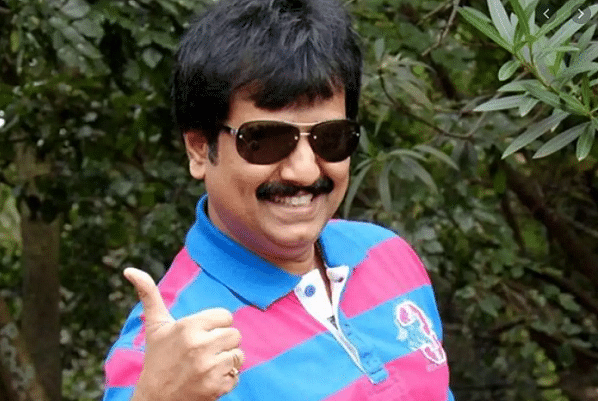 Writing obits for comedians, trying to invoke the tragedy of the moment essentially through their humour lines, can be a strangely morbid exercise.

And in the case of Tamil actor-comedian Vivek, who passed away in Chennai today due to a massive cardiac arrest, it becomes more pronounced because one of his most famous lines — one through which he announced his arrival in Tamil cinema — 'innikki setha naalaikku paal (if you die today, tomorrow is your funeral — is verily about mortal demise.

Actually, they work more as in-jokes, but in Tamil Nadu, that is never a problem as practically, the entire State is clued in on film dialogues. Vivek's comic nuggets are aplenty and are now a part of social media lexicon that Tamil Nadu readily borrows from.

The last reference, especially the invoking of another Tamil film or Tamil film personality, is a specialty of Vivek.

Among the comedians in Kollywood — and it has been blessed with several — Vivek was one of the most aware of the industry, its many people and their funny foibles, and he brilliantly used the familiarity of those details with the general public to great effect in his comedic repertoire.

Nobody has made of fun of Tamil films and its personalities (in an agreeable sort of way) than Vivek.

"Idhukkaaga Kamal sir-aiya koopda mudiyum," he says in Anniyan when the Ambi character acts coy when asked to smooch the heroine.

In Perazhagan, he casually links the oval hump on the hero's back to the famed AVM 'globe' outside its landmark studios in Vadapalani, Chennai. In the same movie, he sees the hero Suriya in a bright-coloured blazer, and immediately brings up the tendency of Vasanth & Co owner Vasanthakumar to wear dresses that bordered on bling.

In another film, there is a funny scene where a kid identifies Bharathiar as K T Kunjumon.

In the Dhanush-starrer Padikathavan, Vivek played a bumbling don. And in one scene, he is seen going up and down the stairs with real purpose. And when one of his sidekicks asks him, he says (words to the effect) "Don nna apdi thaan melaiyum, kizhaiyum poganum".

The mirthful reference here is undoubtedly to films like Baasha.

And in this clip, from the film Uthama Puthiran, at around the 39.34 mark, see him randomly but amazingly imitating Sivaji's Periya Thevar from Thevar Magan by his smart intonation of the name 'Sakthi Sakthi'.

This bit is practically blink and miss, but even then, Vivek infuses those fleeting seconds with his unique brand of humour that had its foundation in mimicry.

That is the sincerity and seriousness with which he approached his work.

From KB school, but his syllabus was different

Vivek, in the early 80s, arrived in the stable of K Balachandar who was impressed with his ability to play with Tamil words. The veteran director introduced him in Manathil Uruthi Vendum in a small role as the heroine's brother.

But Vivek's biggest break came through Balachander's Puthu Puthu Arthangal where he played the personal assistant to the hero character.

Balachander used his mimicry skills to great effect in the film — it was kind of unique at that time, and a great comedian was born then and there.

Though from the Balachander school, Vivek's humour had a different kind of stamp. KB's humour proteges like Kamal Haasan, Nagesh and Crazy Mohan adroitly used pun and a delivery style honed up on drama stage to trigger laughs.

Vivek, on the other hand, built his comedy around his 'smarts' for observation of humans and situations. This, as we said, is the trait of mimicry artists whose art and craft makes it mandatory to watch people and their peculiar tics.

It is his felicitous capacity to imbibe the spirit of others that he could recreate in the film Palayathu Amman Sivaji's Parasakthi act. It was not a mindless spoof but an intelligent caricature of a legendary performance.

Some of his famous re-creations on screen include Yagava Muni in Palayathu Amman, Karuthu Kandasamy in Youth (with broad touches of Vaiaramuthu), Valamburi John and TV newsreaders/TV hosts as Tamizh Kirukkan in Alli Thantha Vaanam were products of astute observation and amazing humour.

His 'Punch Bala' in Thithikudhe or 'Allthota Bhoopathy' in University are funny inversions of existing popular Tamil film character tropes.

If mimicry was a major influence on Vivek, another M, that is Madurai, also had a lasting impact on him and his work. The caboodle of characters that one somehow gets to see in Madurai is always interesting. And this early schooling that started with his exposure to a myriad of idiosyncratic individuals kept his comedy and humour always people-centric and pretty rooted.

And despite having an urban flair, Vivek could always summon rural flavour into his work because he always retained in him that quintessential Madurai ethos. His famous character in Run is essentially the funny travails of a small town person in the big bad world of Chennai.

As a performer on screen, Vivek brought to his work the insouciance that well and truly belonged to M R Radha. While he got the sobriquet "Chinna Kalaivanar" for his tendency to broach social subjects in his comedy, Vivek actually took the style, and even substance, from the villain and comedian of yesteryear.

In the film Alli Thantha Vaanam, where he in a dowdy coat outwardly imitates Rajinikanth from Apoorva Raagangal, the inner spirit belongs to Radha.

But even as he took potshots at assumed holy cows, Vivek humour wasn't attended by malice or hidden politics. He had no axe to grind. Humour was its own message for him.

Vivek and Vadivelu, a comparison that is not unfair

Vivek had a long career that spanned nearly 40 years, which for a comedian is enormous. But somewhere in the middle of those years, Vivek was overshadowed by another comedian from Madurai, the inimitable Vadivelu, the God of the Tamil meme nation.

Of course, Vadivelu is a one-in-a-lifetime artist. But Vivek certainly ran pretty close to him. Vadivelu, a remarkable performer, had a certain kind of patented roles that brought out his unique ability. Vivek, on the other hand, had a broader range, and he could attempt roles that were made for Vadivelu.

The Assault Arumugam character in Padikathavan was originally written for Vadivelu. But it eventually ended with Vivek, who made it his own, and till date ranks among his better works. His role as Arusuvai Ambi in Durai was also in the Vadivelu category.

And in films that he acted with Vadivelu, Viek again managed to hold his end without any problem. A film like Manadhai Thirudivittai remains a popular milestone for both the actors. And that in itself tells a tale of Vivek's self-assuredness as a comedic performer.

In general, Vivek was also comfortable acting with other comedians. He had no rancour in rubbing shoulders with them. This showed a mind that was at ease with itself.

Away from films, Vivek, as was well known, took himself seriously as a carrier of vital social messages. His tree planting drive, his efforts to popularise the messages of former President Abdul Kalam further endeared him to the masses.

No age is a good one to die. But 59 is certainly too early to pass away.

In that sense, Vivek's demise is doubly shattering.

But a comedian's death should also give us the perspective on how to treat death. It is not a morbid thought. For, death always has the last laugh. So it is better we treat it as a joke.

No better line to sum it up than: Innikki setha naalaikki paal!