A Brief History Of The Thorough Politicisation Of Bengal Police 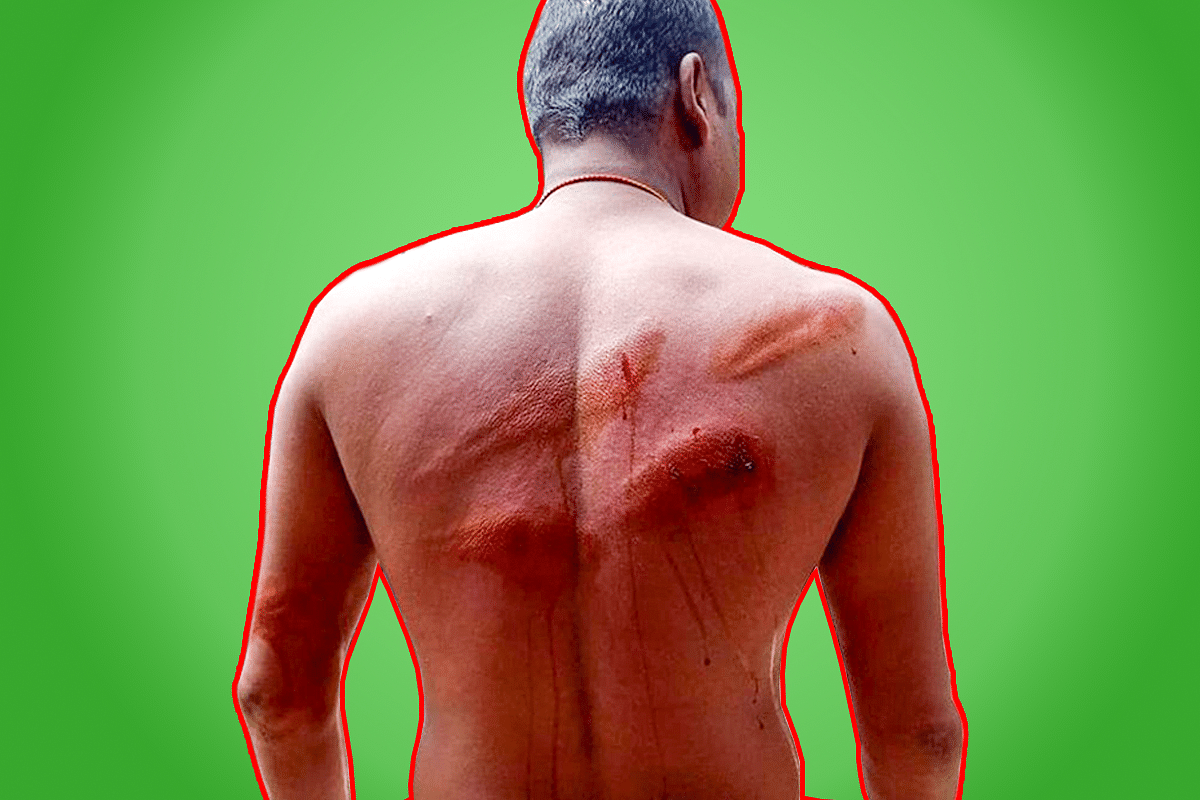 Indians were shocked to see visuals of policemen in uniform, in Kolkata, hurling bricks, stones and country-made bombs at Bharatiya Janata Party (BJP) workers, caning and kicking them, manhandling women and spraying them with blue-dyed water.

The West Bengal Police's propensity to bend over backwards to please its political masters is what led it to indulge in savagery on the streets of Kolkata and adjoining Howrah last week when BJP leaders, workers and supporters took out processions to protest the Trinamool government’s failures on many fronts.

While in the rest of the country, police resort to a break up of protests and clear the streets, cops in Kolkata and Howrah chased BJP workers and supporters down the streets and beat them up.

A defining photo (and video) of the savagery that the police indulged in was the one showing a lathi-wielding cop attacking a Sikh, knocking off his turban and then dragging him away by his hair (see this).

Netizens were quick to comment and compare the police action against BJP workers to their total inaction when Muslim mobs attacked trains and set fire to railway stations in Bengal during the anti-CAA (Citizenship Amendment Act) protests last year (read this).

What must be underlined here is that the police did not indulge in savagery last week out of any antipathy towards the BJP, but only to endear themselves to the ruling Trinamool and keep themselves in the good books of ruling party politicians.

In Bengal, the police are expected by the ruling political party to act as its henchmen and bend, or even break, the law to target the opposition.

But it would be wrong to blame Trinamool supremo Mamata Banerjee solely for reducing the state police force to a mere adjunct of the ruling party.

This slide in the state police’s professionalism and conduct started during the Congress regimes in the late 1960s and early 1970s when the Left started gaining ground in Bengal.

Using, or misusing, the police to beat back political opponents was actually initiated by Congress chief minister Prafulla Chandra Sen in the mid-1960s.

Sen, faced with widespread protests led by communists over crippling food shortage in the state, deployed police to break up the protests.

Incarcerating communists on false charges, police brutalities on protests associated with the movement and abuse of power marked the last leg of Sen’s rule.

Even as the Congress government led by Sen became progressively unpopular, the rulers believed that protests could be quelled by police action.

And as police brutalities increased, so did the government’s unpopularity, leading Sen and his colleagues in government to rely more on the men in khakis to tackle an opposition growing stronger by the day.

The tumultuous five years that followed the downfall of the Congress government in 1967 only allowed the police more leeway to misuse its powers and get involved in political power plays.

The period from March 1967 until March 1972 saw three assembly elections, four spells of President’s rule and four governments which lasted between 87 days and a little over a year.

That was also the period when radical communists started spreading their tentacles from northern Bengal.

A communist insurrection that started at Naxalbari in that region started spreading like bushfire throughout Bengal, inviting harsh police measures.

The Congress, which returned to power in March 1972 with Siddhartha Shankar Ray as the chief minister, mastered the technique of using the police to quell political opponents.

In the name of crushing the Naxals (communist terrorists), Ray used the police to also put down the mainstream communists.

Staged encounters, custodial deaths and torture, midnight arrests and many other atrocities and outrages marked the five years of Ray’s chief ministership.

Things only got worse during the Emergency years. The police were completely co-opted by the ruling party and reduced to acting as an armed force of the Congress.

The Communist Party of India-Marxist (CPI-M)-led Left Front came to power in 1977 and perfected the use of the police as an auxiliary force of the ruling party.

The CPI-M, through a series of official and quasi-official measures, politicised the force. The men in khaki became subservient to the rulers and bent over backwards to carry out the wishes of the political masters.

The police often acted in unison with musclemen and goons of the CPI-M to terrorise the opposition (first the Congress and then the Trinamool) workers and supporters.

For many years, Mamata Banerjee bore the brunt of this and became the victim of police atrocities. That, however, did not stop her from misusing the police in exactly the same manner as her communist predecessors.

If anything, misuse of the police for political ends only increased since 2011 when she came to power in Bengal.

Initially, the target was the CPI-M, but she did not even spare the Congress, which was her electoral ally in 2011.

Ever since the BJP started gaining ground in the state, about three years ago, the Trinamool supremo has been using the police to contain and arrest the rise of the saffron party.

And the misuse of the West Bengal Police will only increase as the crucial assembly polls draw near.

And just as chief minister Prafulla Chandra Sen became increasingly reliant on the police to crush the opposition that was gaining strength rapidly, Mamata Banerjee may also increasingly use the police as she finds the ground below her slipping.

Last week’s police savagery was only a curtain raiser. Worse will follow.