Letter To PM: A Question Of National Identity 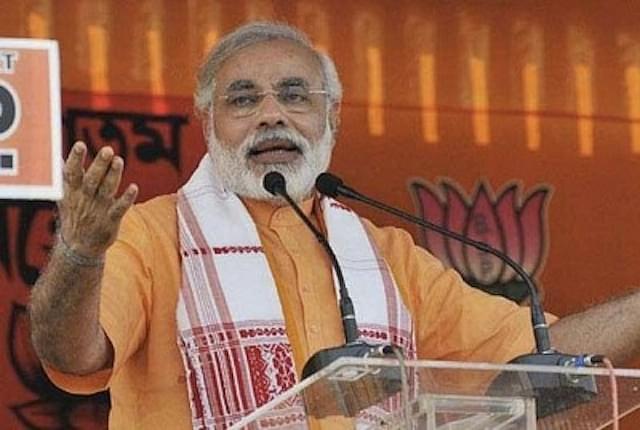 In a multi-ethnic and multi-religious country such as ours, our Indianness must be defined by our citizenship alone, says the author in an open letter to the PM

This is regarding the recent events that have taken place over the past one year and in specific the events that occurred in Dadri. Following these events, many prominent writers have chosen to protest over the current cultural climate in our republic. I write to you to draw attention to their protests.

Over the last year, the climate in our republic has turned rather cold. It has become cold for those who do not subscribe to a very specific narrative of what it means to be Indian. It is vital to note that the India of today is not the India we read about in our history books.

India is a multi-ethnic and multi-religious country that has built its ethos over the course of the last 5000 years. Therefore, any idea of what it means to be “Indian” would automatically exclude all those who are not confined by the boundaries of this narrative.

In the last 60 years, various governments have attempted to build a cohesive national identity based on one national narrative. However, as your party and government admit, these previous governments have failed to achieve this goal. In fact, it is now clear that attempts to further this goal have only served to deepen social divisions that exist. Examples of this include the fact that we lack a uniform civil code. Identity is a dangerous thing. However, when identity meets idealism, the climate can only get colder.

Today, in our republic, there is not merely a movement to create a sole national narrative, but the narrative is now directed towards an idealized historical time. An idea of an ideal “Indian culture” has taken birth, and the narrative has now been pushed towards working for this idea.

This ideal Indian culture, as put forth by the narrative, is one for a culture that existed in parts north of the Vindhyas in ancient times and had been recorded in Indian classical texts.

That has become problematic, as most of this area is now no longer in India and is in fact in Pakistan, Bangladesh, and Afghanistan. In fact, if the greatest Sanskrit Grammarian Panini were alive today, he would need a visa to enter India. Although there is plenty of guesswork, it is usually said that Panini hailed from Shalatula near Attock in modern-day Pakistan.

That is only the beginning of the problem. Peoples in the Northeast are not even referenced in this narrative. In fact, as per the government’s admission, which it made by negotiating a special status for the tribes in the Northeast, these people have been isolated from the historical idea of India.

Linguistically, the peoples of the South have little connection with the historical “ideal Indian culture” as they spoke completely different languages during the required period and were separated by mountains with few passes.

In a country of around 1.2 billion people, it doesn’t make sense to restrict the idea of an “Ideal Indian Culture” to a culture with which most people today can identify little with. A majority of the gods the Hindu’s worship today weren’t even around at the time of the “Ideal Indian culture” where Vedic Science and Mathematics prospered, and people were pious and good (as per the narrative).

If attempting to build a cohesive national identity and narrative has resulted in such deep divisions, pushing a sole national narrative over the rest of the country can only make it worse. As evidenced by the recent events in Dadri, we cannot hide from the problem anymore.

Culture cannot be fixed to the notion of an ideal. It evolves and grows. India’s culture is yet to be determined by history. The ideal Indian culture may have existed, but it has clearly broken down. It is impossible to recreate the same thing once again for no two things can ever be the same, but it is possible to make an attempt to find our ideal from the remains of the previous idea, and this would mean we have to move forward as a culture and not back.

If indeed, we are required to have a national identity, the identity should be one linked to citizenship and citizenship alone. For nothing else, no language, no religion, no culture binds us as a nation. We are all, unfortunately, different from each other in most manners of speaking.

A national identity founded on citizenship can be the only way forward. This would mean that Indian culture becomes the culture of every Indian Citizen. This would mean that Hinduism, Islam, Christianity, Buddhism, Jainism, Animism, Judaism, Zoroastrianism, Sikhism, Atheistic belief systems, Science, every cultural idea that exists in India today becomes Indian Culture. Everyone is welcome, and no one is excluded, if we are to move forward we move forward together, or we don’t move forward at all.

What this does not need is extreme forms of pluralism. The majority culture will still have a very important influence on the way forward, but we will have to change the method of our approach. For example, it is clear that across religious lines in India, there is broad support for the protection of the cow.

Decisions like a ban on cow slaughter, which could easily have been achieved by consensus and interfaith dialogue have instead served as a communal sword that is used in the furtherance of violence, as recent events at Dadri will remind us.

Instead of a critique of academia for being too “Western” and attempting to eradicate it, we need to invest in research in our history to create a strong narrative for ourselves. Moving forward doesn’t mean leaving the entire past behind, but moving forward does require that the past face up to the present of today. We need to hold it up and only take that which can be taken and drop that which cannot.

While ideas such as a scientific grammar and Vedic science may survive, the evils of the caste system need to go. We also need to expand the base of our assessment, and also take events post 1AD into consideration. Two thousand years of Indian culture also existed on the other side of 1AD, and this period is too long to be overlooked.

When there is a breakdown of national identity, as is happening right now in India, where the older purported cohesive identity has broken down, and the communal divisions are showing, it becomes the duty of the government, irrespective of the causation of the problem, to take steps to address it.

As a people, we need reassurance from our Government that it is still safe to be an Indian and have one’s culture. The recent attacks on rationalists, writers, and intellectuals have given us a reason to believe that it is unsafe to speak one’s mind in India.

There is a breakdown of our cohesive national identity. That was inevitable. You cannot try and create an identity where none exists. Therefore, I humbly request you to reassure us kindly that our Indianness is defined by our citizenship and that alone. That patriotism does not require nationalism. That we are the ideal Indians the way we are, each worshiping their own God, in their manner in their language. That the ideal India is not one of the past, but one of the future. In this climate, we need leadership. This breakdown may not be your fault sir, but respectfully it is your problem.