A River And A State 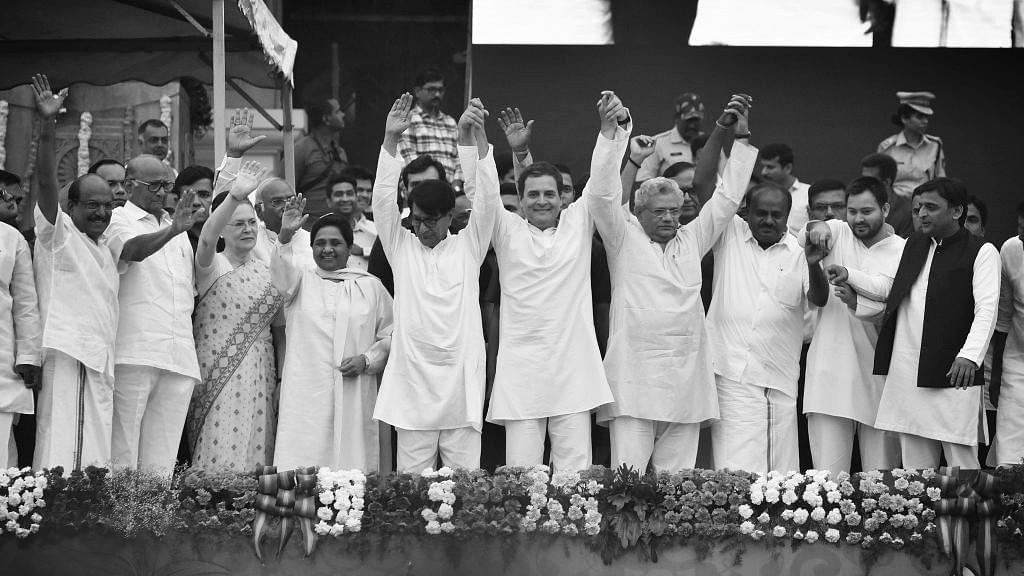 The river, originating in the misty hills beyond the grime and the grind, flowed steadily through hills and forests, making friends with the birds and the beasts.

As she wound sharply around one of the bends, a gust of wind on its way to the south caressed the river gently. The wind, carrying with it the dust of daily lives and the foam of frothing lakes, sometimes whispered gossips to the river about what was happening up north.

“What are you blabbering?” asked the river, bubbling with laughter at the apparently nonsense words.

“It’s election season, sister, and people from faraway lands are being imported on either side to win the battle. I heard this from the one who has come from the farthest land. He also sounds like that, isn’t it? Anyway, ask the crows for more,” with which parting words, the wind swept southwards.

A murder of crows flew close to the river and perched on a nearby tree for roosting. The river had always had an ancient attachment with crows, and she addressed them, “What news do you bring, my friends? What is this I am hearing about elections?”

“The quinquennial circus is bigger than ever this time, with an ominous dose of fun and disaster,” croaked a crow, a large one who seemed to be the leader.

“I heard someone has come from the farthest land.”

“Yes, and no one knows if he is here to motivate the people or to insult them. Do you know how he mangled the name of Sir Vishveshvaraya?”

The crow mimicked the halting speech of the man, but the river was not amused. She knew Sir Vishveshvaraya too well, and his fond memories from Mysore were quite recent in her timeless life.

“Are they talking about me?” asked the river, changing the subject, but she also played no small part in the fortunes of the state.

“Unless your name is Tipu,” joked the crow, “I don’t think so. Wait for the results to be out. We will be back.”

So it was that after a few weeks, the murder came back to greet the river.

“No one has won,” said a crow with a penchant for puns. “They have resorted to resorts.”

“Why? Do they fatten them like goats before sacrificing them?” asked the river.

The crows cawed raucously with laughter. “Don’t you know? Every time there is a hung assembly, one group immediately initiates Operation AMITSHAH.”

“What is Operation AMITSHAH?”

“All MLAs Invisibly Transported, Secretly Hoarded to Avoid Horse-trading,” said another crow, which was a fan of our Vice President, Venkaiah Naidu.

“Do we have a new leader now after all this?”

“Well, it is better heard from her,” said a crow, pointing to a dog that was sleeping near the river bank.

Never the one for letting sleeping dogs lie, the crow woke her up, “Karma! Wake up! Why don’t you tell us about the opening drama?”

Karma woke up, stretched herself lithely, looked at the attentive audience with appreciation, nodded her head, and carried on.

“It was in 1996 when the BJP government of a state, ruled by the same party that is the single largest party now, was dismissed by the then Prime Minster at the behest of the powers that were.”

“What is interesting in that? It used to happen so often in those days anyway,” said the river.

“If you wake up Karma, you should listen to the whole story,” she retorted. “That Prime Minister’s son wants to be the Chief Minister of this state now, and the Governor of this state was the BJP President of that state in 1996.”

“So, it was a revenge-Vala story?” smiled the river.

“It started out as one, but without institutional control there is hardly any revenge. Congress knocked on the doors of the Supreme Court at 1:45 in the morning to reverse this decision.”

The river frothed in anger, and for a moment, it resembled the beautiful Bellandur lake when it spews foams in times of sheer ecstasy.

“It has been decades and they are still fighting for my water,” observed the river. “For puny humans they open the doors with a phone call in the night?”

The crows looked at each other, and one of them tried consoling the river, “Puny humans have greed that is larger than your reach, daughter, and for all that has happened, be thankful they have not yet banned you for transgressing on the sand mafia and the land mafia and the hand mafia.”

The river calmed down, back to a gentle burbling amidst the pebbles.

“In any case,” continued the crow, “after all that drama, the son of the then Prime Minister has got what he wanted. He is now the Chief Minister.”

“Also,” added another crow, “the man from the farthest land who had strategically gone into hiding during times of uncertainty and turbulence, bravely reappeared when he was needed the most, after everything was taken care of.”

It seemed like the end of a story when they sighted a smaller horde of crows flying towards them with boisterous abandon.

“We have just come back from the swearing-in ceremony,” said one after they had joined their cousins, and cawed in laughter.

The crows were waiting, and so was the river.

“In the happiness of defeating their nemesis by clobbering up an alliance and forgetting their dismal performance, they thought they had won the Battle and invited all and sundry, and everyone turned up, even those who were not invited.”

“So they were caught in a compromising position?” asked one, for there is always that one crow who likes to crack a joke at the most inappropriate time.

“Who all were there?” asked the river.

“Well, there was, of course, the man from the farthest lands and his mother, and behind them was the man who had promised bloodbath once, the politician who was given a Padma Vibhushan for unknown reasons, the one who has never won an actual election in his life, one even came taking time out of his busy schedule of finding a rented apartment…”

“We don’t have time for all of this,” said a crow. “Was there anything interesting?”

“Why do you think we were laughing? So, there was this Chief Minister who was lauded by the media for her democratic approach to winning Panchayat elections in her state.”

The river, if she had eyes, would have rolled them up.

“Well, she was made to walk a few steps because of, what else, the traffic,” continued the crow. “So, she shouted at the DGP and then complained to the new Chief Minister.”

“Was it a long walk?” asked the crows.

“Just a few seconds as we fly, but,” explained the crow, “the tantrum was just an excuse not to share the stage with her arch political rivals.”

“Just yesterday, the Prime Minister made her walk again and joked about the distance traveled,” said one with the latest update. “You should have seen her embarrassed smile.”

“Well, we have to leave now,” said the crows. “Flow well, daughter!”

The river carried the gossip downstream as she flowed into the other state, but there she found only the silence of the night.