Aamir Khan And Bollywood Have Many More Things To Apologise For 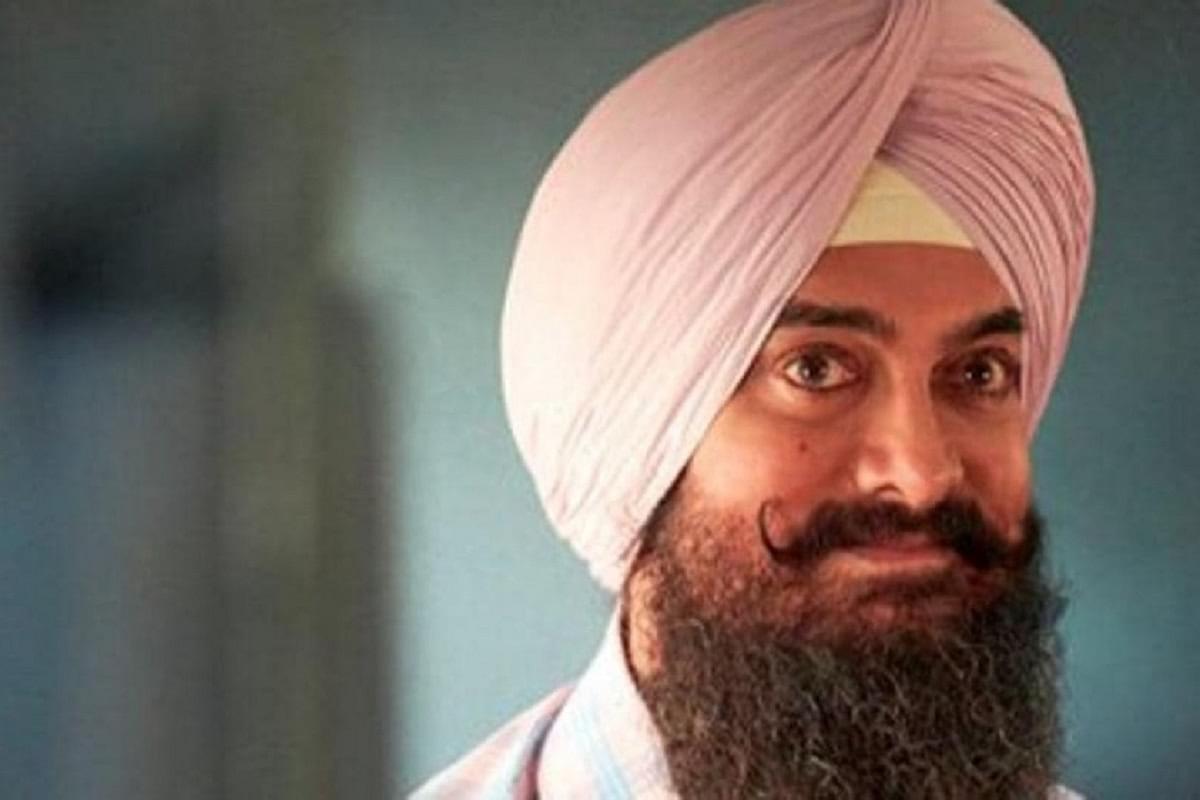 Actor Aamir Khan in a scene from the film.

Actor Aamir Khan’s mealy-mouthed “apology” before the release of his film Laal Singh Chaddha, is neither here nor there. He said: “If I have hurt anyone by any means, I regret it. I don't want to hurt anyone. If someone doesn't want to watch the film, I'd respect their sentiment.”

What is this “if” about?

The boycott call on social media is not really about the film, which may well do well, given Khan’s undoubted talents. The issue is that this apology does not cut it, and, in any case, Aamir Khan and Bollywood are serial offenders when it comes to hurting Indian, or Hindu, sentiments.

The apology is supposedly about his statement in 2015, when a motivated campaign of intolerance was launched by Narendra Modi’s critics. Khan said at a public event that his wife, Kiran Rao, asked him whether they should leave India in view of growing intolerance in the country.

But a while later, seeing the social media backlash, he retracted and said that he never said that he would leave the country or that the country was intolerant. He was born here, and would die here. What he did not add is that the bulk of his film career and wealth has been built on the money his largely Hindu audiences spent on watching his films. He is not going to leave India when there is huge money to be made here.

A more problematic issue is Khan’s decisions to be friends with India’s enemies and refusal to acknowledge its friends.

In 2017, he met Recep Tayyip Erdogan, Turkey’s Islamist President and an unapologetic India-baiter and covert Hinduphobe. Two years ago, Erdogan’s wife Emine posted pictures of Khan’s meeting with her in Turkey, after the actor decided to complete his film, Laal Singh Chaddha in Turkey. Emine tweeted: “I had the great pleasure of meeting @aamir_khan, the world-renowned Indian actor, filmmaker, and director, in Istanbul. I was happy to learn that Aamir decided to wrap up the shooting of his latest movie ‘Laal Singh Chaddha’ in different parts of Turkey. I look forward to it!”

The opposition to the film began here, when Khan chose to break bread with an India-baiter like Erdogan and his wife.

But let’s assume that he had to meet these India-haters because he chose Turkey to film his remake of the Hollywood blockbuster Forrest Gump.

But he skipped, along with Bollywood’s other Khans, Salman and Shahrukh, an invite to meet Israel’s then Prime Minister, Benjamin Netanyahu in Mumbai in January 2018. Israel is one of India’s closest friends, but the Khans chose to avoid the meeting where other Bollywood stars were in attendance.

One can only surmise that Aamir Khan (and the other two Khans) chose his Muslim identity over his Indian one by choosing to meet with India-baiter and half-enemy Erdogan and failing to attend a meeting with a true friend.

As for Bollywood’s subtle Hinduphobia, I have written several times about it, and the silent response to Vivek Agnihotri’s film on the Kashmiri genocide, The Kashmir Files, tells its own story.

Here's what I wrote in the wake of Agnihotri’s film in Swarajya, where I cited some obvious examples of Bollywood’s covert Hinduphobia.

“In Aamir Khan’s Pk, an extra-terrestrial being, played by Khan, lands in India and loses his “remote” which is what will enable him to return to his planet of origin. In pursuit of this remote, he is told that only god can help him, and someone tells him Ganesha is god. He buys a Ganesha murti to help him acquire the remote, but nothing happens. Then he lands up in a play where he confronts an actor playing Lord Shiva to get him his remote, but then chases him everywhere. Shiva does not know how to deal with this alien. The audience gets its laughs, but at the cost of showing Lord Shiva cowering under a chair when Khan chases him. (Read Madhu Kishwar’s deep review of Pk here).

“In 3 Idiots, again with Aamir in the lead, he is shown as a Ladakhi Buddhist with a scientific temper who is into engineering because he wants to invent things, but his Hindu friend is in it for a career, and a Muslim purely to honour his parents’ wishes when he actually wants to be a photographer. In the film, some Hindu students are shown wearing rings and doing puja in order to get good marks in exams, and others are shown feeding milk to snakes or making promises to god not to look at women with lustful eyes.

"The Muslim student’s family is shown as generous in enabling him to make his own career choices when he tells them the truth – that he does not want to become an engineer. Only the Hindu is shown in negative light as he abandons his lucky rings and puja to focus on just studying hard.”

Why should only a Hindu tradition be shown up as retrograde, when Bollywood shows Muslim superstition with respect and belief?

“The Bollywood trend of bringing in subtle Islamic themes goes way back to the first two decades of independence. In Baiju Bawra, for example, a song sung by Mohammed Rafi makes a casual reference to temples being destroyed (O Duniya ke Rakhwale), where a line towards the end says “Mandir girta phir ban jaata, dil ko kaun sambhale?”

"Now, there is nothing wrong in saying love is more important than a temple (and the film has an excellent song with a Hindu theme, too – Man Tarpat Hari Darshan Ko Aaj), but indirectly the O Duniya ke Rakhwale song suggests that the fall of a temple – something that was the norm during iconoclastic Islamic rule, the period in which this film is situated – means little.

“In Naya Daur, which has Dilip Kumar (Yusuf Khan) in the lead, the hero (Shankar) is sometimes shown wearing a skull cap, and is fairly casual and irreligious (though his lady love is shown as devout). In Amitabh Bachchan’s Deewar, he refuses to go to a temple, but willingly believes a Muslim dock worker’s claim that his “Billa No 786” – a number given high importance by Muslims – is somehow a lucky life-saver.

"In most of his angry-young-man routines, Bachchan is shown ranting against Hindu gods, but never the god of any other religion even when he plays a Muslim. No Muslim or Christian in any Indian film is shown ranting against religion, which indirectly sends the message that only Hinduism is worth denigrating. A lot of this actually does not rile many Hindus, for they do not make faith an over-serious affair, especially when it is done through humour. But the subliminal message is that Hinduism can be nothing more than a joke.

“For Bollywood, every terrorism is a joke. In Shah Rukh Khan starrer Main Hoon Na, the villain is an improbable south Indian Hindu terrorist called Raghavan, who will stop at nothing to prevent a prisoner exchange between India and Pakistan planned by a Sikh general, whose daughter is kidnapped by the villain. Raghavan’s grouse against the prisoner exchange is that his son was killed by jihadi forces in Kashmir.

"In Sholay, the town of Ramnagar, which is besieged by dacoit Gabbar, loses its nerve when Gabbar’s men kill a young man. While the town wants to capitulate, the Muslim man (played by A K Hangal) who lost his son is shown to give them courage. Nothing wrong, but the messaging is clear.

“Even when rendering the story of the Hindu ethnic cleansing in Kashmir, the Bollywood version of it underplays the Islamic angle to the violence and instead makes it about a human tragedy that is less than believable. In 2020, film-maker Vidhu Vinod Chopra, made Shikara, which tells a story of love and loss in the context of the Kashmiri genocide.

"In this film, the lead roles are all played by Muslims, and the film’s main protagonist, Shiv Kumar Dhar, a Kashmiri Pandit, falls in love with a medical student Shanti Sapru. Their marriage, facilitated by Lateef Lone, a mentor for Dhar, is shown as having been attended by Hindus and Muslims living in harmony in the Valley. Lone then falls in love with Shanti’s friend Arti (shades of love jihad here?). The political monkey balancing starts when Lateef’s dad, a local politician, is shown as attacked by the police at the behest of the central government.

“Even though Shikara was based on Rahul Pandita’s book on the Kashmiri Hindu genocide, Our Moon Has Blood Clots, the film bombed at the box office as it tried to pussyfoot around the essentially religious nature of the violence against Hindus. This is where #TheKashmirFiles scores. It makes no bones about the fact that the ethnic cleansing was the result of Islamist forces seeking to drive out Hindus from the valley. At one stage, this became obvious during the last phase of the film’s shooting in the valley, where a fatwa was issued against it. Luckily, the film shooting had nearly been complete by that stage.

“The cold reception to #TheKashmirFiles from the ‘Left-Liberal’ ecosystem, something commented on even by Prime Minister Narendra Modi on 15 March, should have been anticipated because showing Hindus as victims is a strict no-no for this lobby. One got more than a whiff of it when the ecosystem made the Citizenship Amendment Act (CAA) about Muslim victimhood in India when the act was about fast-tracking citizenship to minorities oppressed in Afghanistan, Bangladesh and Pakistan.

"The fact that Muslims have murdered, raped and intimidated Hindus and other minorities in all three countries is simply unacceptable as narrative to India’s ‘Left-liberal’ cabal. And Bollywood, too. So far.”

Hopefully, if the proposed boycott of Laal Singh Chaddha, actually pans out, Bollywood will stop being Hinduphobic. But that is a tall order.