After Me, The Deluge: With Three Months To Retire, Rebel Judge Chelameswar May Leave SC Image In Dust 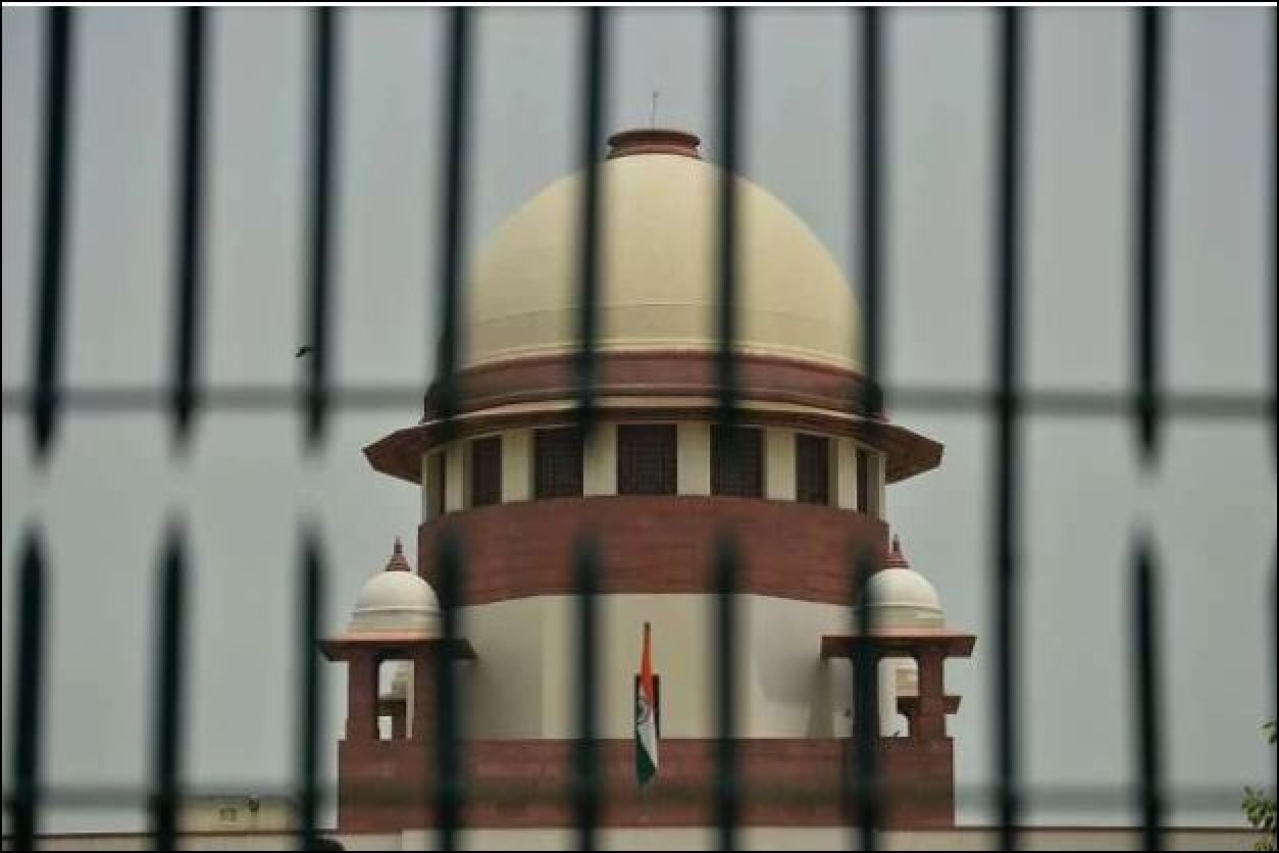 Justice Jasti Chelameswar, who stares at retirement less than three months from now, seems to want to leave the bench in a blaze of glory – or controversy. One of the Supreme Court’s better judges, and the only one who had the courage to go against the majority judgment of the constitutional bench that junked the National Judicial Appointments Commission (NJAC) – he is again making the headlines.

In a letter addressed to all the judges of the Supreme Court, and strategically leaked to the media for impact, Justice Chelameswar has taken exception to the Union government’s direct approach to the Karnataka High Court Chief Justice, Dinesh Maheshwari, for probing an allegation of sexual harassment against district and session judge Krishna Bhat. Bhat’s name has been recommended by the Supreme Court collegium for elevation to the high court, and Justice Chelameswar has found fault with the Centre bypassing the collegium while seeking a probe against Judge Bhat.

The Times of India quotes Justice Chelameswar as saying, “Someone from Bangalore has already beaten us in the race to the bottom. The Chief Justice of (the) Karnataka High Court is more than willing to do the executive bidding, behind our back.” He went on to decry any “bonhomie” between the executive and the judiciary, which could “sound the death-knell to democracy.”

He is right on the point that the centre should not have directly asked the Karnataka Chief Justice to conduct the probe, but for every finger he points towards the nexus between judges and executive, he should know that three fingers also point towards the judiciary.

First, for a man who sees impropriety in direct communications between the executive and a high court CJ, Justice Chelameswar found nothing wrong in leading three other sitting judges to address a press conference in January against the Chief Justice of India, Dipak Misra. They alleged that the CJI was cherry-picking judges to hear particular cases instead of following a neutral roster system. There were also innuendos that the CJI may be linked to a medical college bribery scandal. The point is that Justice Chelameswar and his three fellow rebel judges did this behind the back of the CJI, and in open defiance of the maxim that judges must speak through their judgments, and not through press conferences. This kind of judicial indiscipline is clearly as bad as the executive talking directly to a high court judge. A former Supreme Court judge, R S Sodhi, suggested that the four judges should be impeached.

Justice Chelameswar should also know that direct approaches to judges are not a new occurrence. Another former Supreme Court judge, Markandey Katju, alleged a few years ago that three former CJIs were complicit in appointing a corrupt judge in Tamil Nadu. Not only that, once the Dravida Munnetra Kazhagam threatened coalition mayhem when told that the additional judge’s appointment could not be extended, Manmohan Singh apparently panicked. One of his ministers touched base with CJI RC Lahoti and the judge continued in office. So, the point is that cases of direct political action to intervene in the judiciary – though condemnable - are not something new.

Second, unlike what Justice Chelameswar alleges, there is no real “bonhomie” between executive and judiciary, especially after the Supreme Court bench unfairly nullified the NJAC law in 2015 - a law passed almost unanimously by both houses of Parliament and a majority of state governments. In doing so, an unaccountable judiciary annulled the will of the people. That was the original sin which is now leading to a lot of backdoor approaches by the executive. What could be happening is that the executive has now fallen back on the old Congress methods of influencing the judiciary, through quiet application of the carrot-and-stick formula.

The old method of influencing the judiciary was to offer juicy post-retirement sinecures to Supreme Court judges, and also to look the other way when cases of judicial corruption come to light. An Indian Express report of July 2012 pointed out that 18 of the 21 Supreme Court judges who had retired since 2008 had been given post-retirement jobs, and three of them even resigned their offices prematurely to take up these lucrative jobs. If this is not a way to dangle carrots before benches where judges are about to retire, one doesn’t know what is.

Another tactic is to look the other way when charges of judicial corruption are made. In 2010, Shanti Bhushan told the Supreme Court that eight of the 16 former CJIs were corrupt and presented their names in a sealed envelope to the court. His son Prashant Bhushan even named six of them - Justice Ranganath Mishra, Justice K N Singh, Justice A M Ahmadi, Justice M M Punchi, Justice A S Anand and Justice Y K Sabharwal.

That the bench did nothing is beside the point; the question to ask is can the judiciary function independently if powerful members of the bar – including senior counsel like Shanti Bhushan and his son – can make such allegations and get away with it? It suggests that the top judiciary treats powerful lawyers with kid gloves, and is possibly held in check by what they know about corrupt judges. Also, what senior lawyers know the government of the day will surely know. If required, governments can quietly leak the allegations against judges, or threaten to do so, to influence judicial decisions.

Third, Justice Chelameswar’s selective outrage over the executive’s current efforts to re-examine the alleged sexual harassment charges against Judge Narayan Bhat is worrisome, especially when we saw no such outburst when the Supreme Court itself did nothing in a proven case of sexual misconduct against another former Supreme Court judge.

In 2013, a legal intern with Justice A K Ganguly alleged that she was the target of his unwelcome sexual interest. A committee set up to probe the incident even concluded that the intern had a prima facie case, but decided against action with these words: “Considering the fact that the said intern was not an intern on the roll of the Supreme Court and that the concerned judge had already demitted office on account of superannuation on the date of the incident, no further follow up action is required by this Court.” Another accusation of sexual harassment against another Supreme Court judge, Swatanter Kumar, also went nowhere.

Clearly, the court is less than eager to intervene or use its powers under article 142 to deliver “complete justice” when it comes to sexual wrongdoing by its own brother judges, but Justice Chelameswar did not raise any overt voice of protest. A story attributed to sources in the government pointed out that the Supreme Court was flouting its own Visakha case judgement on how sexual harassment cases should be dealt with by institutions. The case against Judge Bhat was investigated by the previous Karnataka High Court CJ without even seeking the woman’s version.

More significantly, Justice Chelameswar has not said anything about a new Congress move to intimidate the CJI by creating a draft proposal to impeach him. While one needs to hold no brief for the CJI if he has done anything wrong, clearly the Congress party, by threatening to fling mud at the CJI by launching an impeachment motion, is trying to intimidate him. The impeachment motion has no chance of success, but it will circumscribe the CJI’s freedom of action in several sensitive cases that are up before him, since it will seek to show him as a compromised judge whose judgments could thus be flawed.

Whatever his differences with the CJI, Justice Chelameswar should decry this effort. So far, he seems to have only done damage to the judiciary by his actions.

Advertisement
Jagannathan is Editorial Director, Swarajya. He tweets at @TheJaggi.
Get Swarajya in your inbox everyday. Subscribe here.
Tags:
439 Shares