After Pathankot, India Needs A Formal Tit-For-Tat Policy To Take On Jihadi Pakistan 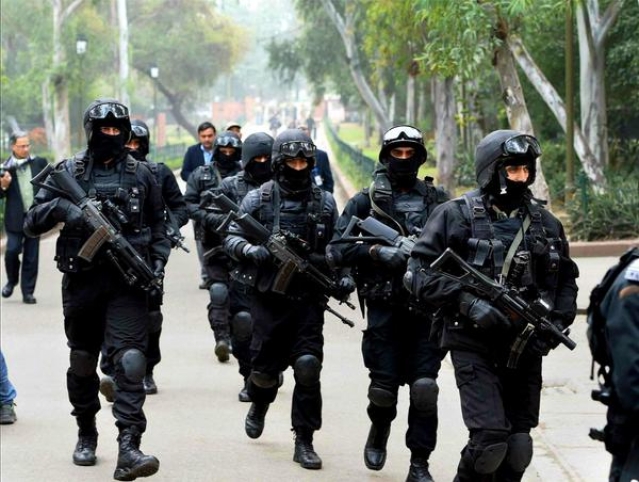 How should the Government of India formulate its Pakistan policy with regards to the Pathankot attack?

I started writing this piece nearly a week ago, in the afterglow of Prime Minister Narendra Modi’s surprise Christmas day trip to Lahore, to meet with his Pakistani counterpart, Nawaz Sharif. The introductory part of what I had written said the following:

In as much as I am a supporter of PM Modi’s initiative, and despite being an eternal optimist, as surely as night follows day and the sun rises in the east, our friends from LeT, JuD, IS, IM, JeM, or some such “non-state” children of Pakistan are going to pay us a return visit soon!

What was not known was which Tanzeem would be selected, where the attack would occur, and how soon it would be executed. The attack on the airbase in Pathankot by terrorists from Maulana Masood Azhar’s Jaish-e-Mohammad (JeM) has settled these issues. I now unfortunately complete this piece in the aftermath of this attack.

Of course, I am not claiming any particular insight or intelligence in having come to this  conclusion earlier, as this was widely expected both in the “analysts” community, as well as in the government of India. Where most analysts struggle is to answer questions on what should be India’s long-term strategy as far as Pakistan is concerned, given that both extreme positions (all-out war and quiet acquiescence) are unacceptable.

For nearly 18 months, the Modi government has faced criticism from the Opposition that it did not have a consistent “Pakistan” strategy (as if governments before the present one did). In response, Modi staked significant political capital, and even his personal safety, and made the trip to Lahore. This initiative had been positively received across the world, in Pakistan (except by Hafiz Saeed), and even in India (except by the Congress party).

I have written extensively on this issue in the past (read here, here and here). This is an updated and contextualised take on this topic.

I have broken this piece into three parts, i) Understanding Pakistan; ii) What not to do; and iii) What to do.

Understanding the state of Pakistan is critical to developing a strategy to contain it. Unfortunately, we have not invested time, money and effort over the last 68 years, to understand this troublesome neighbour, and hence almost appear like naïve fools when dealing with it. I quote below from an earlier article of mine:

When one talks about tackling a normal state anywhere in the world, one essentially talks about how one needs to engage with, reward,  or punish the government of that country, as it is the government which normally takes actions on behalf of a country or people (irrespective of whether it is a democracy or not). Pakistan is an abnormal agglomeration of disparate interest groups, masquerading as a state. Understanding its various hydra-headed components is important, as the approach needs to be nuanced to tackle each head separately, for it to have any chance of success.

Winston Churchill has once famously said, “Consistency is the luxury of mules”!

Just as the response of a parent towards a spoilt child cannot be consistent, India’s response towards Pakistan has to be nuanced, flexible, differentiated, and ever-changing.

There is a set of people in Pakistan who possibly deserve our sympathy and support, and another that absolutely does not. We need to have a differentiated response for these sets of people, as follows:

Let us understand a few basic truths about Pakistan – there will never ever be “peace” with Pakistan. This is a state that considers rule over all of India as its “holy duty”. They believe that the English took over India from them (the Mughals, though they actually took over from the Marathas), and should have returned it to “them” upon leaving!

They are mentally prepared for the penultimate battle of “Ghazwa-e-Hind” (which will follow Ghazwa-e-Sham – which is currently ongoing). They have long dropped the Al-Taqiya phase within Pakistan (ask the minorities there), but do feel the need for it still while publicly engaging with India (it is the same Nawaz Sharif’s brother who has been supporting Jamaat-ud-Daawa from the official budget of the state of Punjab).

These are not exactly well-kept secrets.

This is a state that has not only publicly declared, but is actually collectively willing to “eat grass for a thousand years” in order to defeat India. It is willing to pay any price to achieve this “parity” with India, face any global opprobrium, and doesn’t care if it is called an “international migraine”. The so-called “democratically-elected government” has no power as far a foreign policy and defence are concerned. The Pakistani Army, along with ISI and their jihadi cohorts, are the ones controlling this “land of the pure”, and they need to be addressed directly.

There is a very plausible scenario described by the novelist Tom Clancy, in his book “Locked-on”. A jihad-crazed general in the Pakistani Army is willing to explode a nuclear bomb over the territory of Pakistan in order to trigger a war with India, and still claim “plausible deniability”. This is not a rational state where “rational” policies like Mutually-Assured-Destruction can keep nuclear peace for decades.

The very real possibility of an ISI general hatching a plot with the ever-so-conveniently-available “non-state actors” to explode a “dirty bomb” in India, and then condemn and deny it within hours (like was done for the Pathankot attack), cannot be dismissed anymore as “alarmist”. India has publicly declared that it will treat “tactical nuclear weapons” as a nuclear attack, but has not yet made a statement on “dirty bombs”. Those who claim that a “strong” Pakistan is in India’s interest are plain living in cloud cuckoo land!

What not to do

What is clear is that the policy that has been followed by India over the last 68 years is not working. Whenever Pakistan is “stupid enough” to initiate a war, and India is able to respond openly, Pakistan has lost. However, each time Pakistan behaves “smartly” and only unleashes terror through its proxies, India has only been able to gnash its teeth in frustration, mouth homilies like “we will not tolerate terrorism” (which are dutifully repeated by Pakistan, the US and the UN also).

So let’s deviate a bit now. Let’s talk about the world famous game of the prisoner’s dilemma. This game has been played in hundreds of different variations and millions and millions of times, including using computer software. Many different types of strategies have been tried, and the single most successful strategy of all time is described as “tit-for-tat”. While India has been able to respond to Pakistan in a “tit-for-tat” manner during wars, it has been unable to do so in its strategy of “war-of-a-thousand-cuts”.

We have to continue to maintain our engagement with the Pakistani government, the civil society, the “mushaira” circuit, the candle-wallahs, etc., but have to end our inability to respond in a “tit-for-tat” manner when terror strikes. There is a universal law of karma, which essentially says that individuals, countries, and societies must receive the just consequences of their actions. Pakistan has not been receiving the just consequences of its karma because of India’s reticence. This has to stop now!

The general strategy that I am proposing is as follows:

Now that the Pathankot attack has occurred, and we have been able to establish the Pakistani link behind it, the following steps should be triggered:

The essence of the Pakistan Engagement Strategy to be publicly announced and pursued for India will be as follows:

Karma has to strike back at the Pakistani Army, but needs a little bit of help from us.

The graduated set of actions to be instituted by India, based on triggers from Pakistan, in the form of terror acts, or refusal to act on the list of compliances, are as follows:

This is an indicative list of compliances that India expects from Pakistan for it to increase the rate of disbursement of financial aid:

– Handing over persons listed in India’s 20 Most Wanted

– Transfer control of nuclear weapons, defence, foreign affairs and ISI to the civilian government of Pakistan

– No meeting with Hurriyat leaders in India (can meet outside India)

In effect, we are telling the people, the government and the army of Pakistan, the following things:

In the above strategy, I see a way to evolve a long-term approach where we can proactively start crafting our response to Pakistan. I also believe that India should be initiating special operations against targets in Pakistan, as a retaliatory measure.

However, since doing or not doing this should not be part of a public debate, I am not getting into it. The strategy proposed above uses not only our well-established military muscle, but also leverages our economic power, and the moral standing that we have displayed in the face of a crafty adversary, which the world now recognises.

It is time for India to start punching at its weight, and really focus on a much larger and even more dangerous adversary, China. We have been too involved for too long with a minor pinprick called Pakistan. It is time to show them their place, and then move on.