AgustaWestland: Is This Sonia’s Bofors? 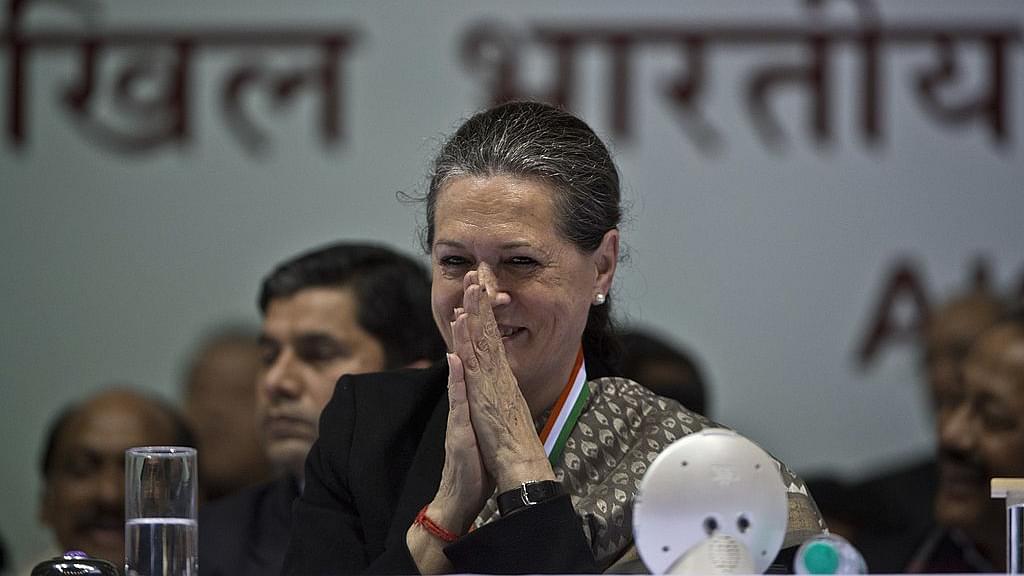 What is the scam?

This is going straight up to the doorsteps of Sonia Gandhi. No less than her confidante (officially her political secretary) Ahmed Patel is alleged to have received kickbacks from the AgustaWestland (AW) VVIP chopper deal. India was supposed to purchase 12 helicopters for Rs 3,600 crore from this manufacturer if the deal had gone through.

The Milan Court of Appeals - an Italian court, which is equivalent in judicial status to an Indian high court - which made news the day before yesterday (25 April) for naming the Congress President and UPA chairperson has also listed the following personalities that the Italian company had targeted via their Indian operations head Peter Hulett to influence them in favour of the deal: former Prime Minister Manmohan Singh, current President and then External Affairs Minister Pranab Mukherjee, Veerappa Moily identified by the company as an adviser to Sonia, another Sonia confidante Oscar Fernandes, then National Security Adviser MK Narayanan and Sonia’s aide Vinay Singh.

In the letter from middleman Michel to AW’s India head Hulett, where the politicians above are named, there is no claim that these Indian leaders took money from the Italian company. But the question is, why would a broker, officially unconnected to the defence contract, be discussing with the company representative what helicopter Sonia Gandhi would fly in? And, why would they seek to “target” the other politicians named above?

Another document that made the Italian investigators smell a rat was recovered from convicted former chief of Finmeccanica, GIuseppe Orsi’s prison cell. It is dated 15 March 2008, which means AW’s machinations had begun during the tenure of UPA-1, although the contract was signed in February 2010, which was when UPA-2 was in office. The note reads:

Call Monti or amb. Teracciano in my name to ask him to call the PM Singh.

That was a reference to Mario Monti, the then Italian Prime Minister. Pasquale Teracciano was his diplomatic advisor at the time. And we all know PM Singh has got to be Manmohan Singh.

That was not all, of course. There is another note that contains a ‘budget’ AW’s brokers had drawn wherein, reminiscent of the hawala scandal of the 1990s, the names of some Indian politicians are suspected to appear in initials. If the “AP” in it means Ahmed Patel, for example, he has allegedly got €3 million from the deal. Other suspected recipients of kickbacks from the now-scrapped AW deal can be seen in the following document.

Orsi had been pronounced guilty in a previous trial in a lower Italian court for corruption on different counts, including money laundering. He is serving a jail term of four-and-a-half years. His accomplice, former head of AgustaWestland, Bruno Spagnolini, has been sentenced to four years’ imprisonment.

The trial in the lower court had, however, said that corruption in this particular deal with the Indian government could not be proved. The appeals court overturned that judgment while upholding the conviction and sentence of Orsi and Spagnolini.

The bribe money was, the higher Italian court says, paid by another broker called Guido Ralph Haschke who is based in Switzerland. Another Swiss citizen, Ferdinando Carlo Valentino Gerosa, is accused of being involved in routing the kickbacks to India. Michel is absconding, with the Enforcement Directorate on his trail. The Tunisian and Mauritian authorities are reportedly not cooperating with their Indian counterpart though.

AgustaWestland is said to have routed several million euros through these countries via a little-known Chandigarh-based firm called IDS Infotech. A director of this Indian company is Satish Bagrodia, brother of former Coal Minister Santosh Bagrodia. Satish’s son Ashish was made a director of the dubious firm in 2005 when the negotiations with the arms dealers had allegedly begun. The other son of Satish called Manish had been IDS Infotech’s director since 1989. The Bargodias used their political clout to grab this huge deal, notwithstanding their not-so-impressive company profile.

Other names from India

The prosecution has also alleged that some cousins of former Indian Air Force chief SP Tyagi - namely Julie, Docsa and Sandeep - received money from the Italian helicopter maker based on a 64-page report by the Italian investigators.

It is suspected that when Air Force representatives, the then National Security Advisor, the Special Protection Group (SPG), the Prime Minister’s Office under Manmohan Singh and the Defence Ministry held meetings between March 2005 and September 2006 to incorporate changes in the technical requirements of the helicopter - like bringing down the operational altitude to 4,500 metres and the cabin height - all these departments were working under the influence of AW’s brokers. The changes in the technical requirements helped this Italian company get the tender. Besides, the number of helicopters proposed for procurement was revised from eight to 12, with the extra four for non-VIPs, so that the alleged brokerage goes higher.

Did the other Indian politicians named above take the money? The Italian court has not reached that conclusion yet; albeit the first UPA government headed by these personalities has been indicted for hiding facts before the court, which has observed:

This showing (of) a substantial disregard to arrive at a full explanation of facts (was) effectively demonstrated by the procedural behaviour of the Indian Ministry of Defence.

The court further noted that it could not

… determine what was the message that Orsi, during his detention, intended to send to the head of Government of India, but the same can be guessed if we think about the outcome of requests for judicial assistance sent to Indian authorities.

Meanwhile in 2013, the UPA-2 government scrapped the deal. The Congress can, however, hardly claim innocence on the merit of cancellation of this contract because the scandal did not break out due to its own vigilance. The scam had come to the fore when the Italian authorities arrested Orsi in Italy and news of the arrest spread like wildfire, engulfing the then Indian government.

In fact, when the CBI sought to question Narayanan and then Special Protection Group chief BV Wanchoo, the Congress’s Law Minister Kapil Sibal tried to obstruct the investigation with the excuse that these officers were ‘immune’ to such inquiries. Then the investigating agency sought the permission of President Mukherjee to interrogate the duo. They finally grilled Narayanan in June and Wanchoo in July of 2014, by when the NDA had come to power. They were reportedly asked why they had advised former Air Force chief Tyagi - or agreed to him - to change the technical specifications of the ordered helicopters. In Octobr 2014, however, the lower Italian court acquitted Tyagi of the charge of corruption.

Mercifully, after going through the Italian legal processes, India has been able to recover the entire amount, which is 45 per cent of the contract value paid in advance according to the agreement, from AW.