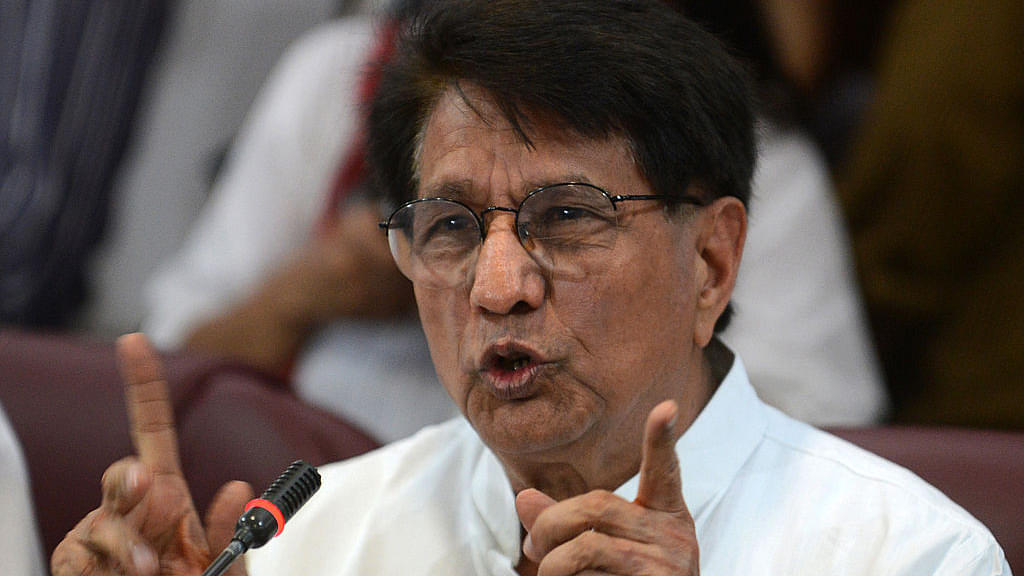 No matter which way the wind blows there is one political leader in Uttar Pradesh (UP) who knows how to remain in power. The only time his stars did not favour him was during the 2014 Lok Sabha elections.

Chaudhary Ajit Singh, president of the Rashtriya Lok Dal (RLD), is known for opportunistically entering into a pre- or post-poll alliance with any party, irrespective its ideology.

In 2002, he allied with Mayawati’s Bahujan Samaj Party (BSP) and got two ministerial berths for his legislators.

When the Samajwadi Party (SP) came to power in 2003, he joined hands with Mulayam Singh Yadav in lieu of ministry for six of his MLAs.

Although RLD’s area of influence is confined among Jat farmers of western Uttar Pradesh, he has been able to take advantage of fractured mandates in both the state and the centre.

The RLD contested the 2004 Lok Sabha elections in alliance with the Samajwadi Party and won three seats from the Jat-dominated western UP.

It won five seats in the 2009 parliamentary elections which it contested in alliance with the Bharatiya Janata Party (BJP). Ajit Singh decided to change boats mid-stream and joined the United Progressive Alliance in 2011, when the Congress-led UPA needed numbers. The UPA’s strength went up from 272 to 277 in the Lok Sabha after the five RLD MPs joined the alliance.

He persisted with the UPA as poll partner for 2014 general elections but failed to win from any of the eight constituencies which it contested.

As state assembly elections draw near, the Jat leader is being wooed by various parties despite them being aware of his fickleness. Not that Ajit Singh himself is not on the lookout for suitable poll partners.

For 2017, Ajit Singh has openly indicated his willingness for alliance with the Janata Dal-United (JDU) of Bihar chief minister Nitish Kumar, and subtly for an alliance with the SP of Mulayam Singh Yadav. He has also invited all parties believing in the ideology of Ram Manohar Lohia and Chaudhary Charan Singh, his father, to join forces against the Bharatiya Janata Party.

However, despite being a Jat leader backed by his father’s legacy, Ajit Singh and RLD are marginal players in the 19 Jat-dominated districts of western UP which send about 90 MLAs to the state assembly. The BSP and the SP grab the maximum seats here—Mayawati won 40 seats from here in 2007 but in 2012 her tally fell to 30 while the SP won 35 seats.

In 2014, the Cngress and the RLD hoped to do well with the support of the Jat-Muslim combine. It did not click. Further, the assembly elections of 2017 will be held in the backdrop of the Muzaffarnagar riots. In the polarized scenario, the BSP and BJP would be stronger contenders for popular vote than a potential SP-RLD alliance.

Nonetheless, Ajit Singh’s statement must have been music to Nitish’s ears as the Bihar chief minister has been touring UP to forge a grand alliance with the SP, Congress and other parties. The SP, which had pulled out from the Bihar alliance at the last minute—which many claim was in support of the BJP—has now come out in support of replicating the idea in UP.

At a rally organized recently by the Indian National Lok Dal at Karnal, Shivpal Yadav, the SP state president, spoke in support of a grand alliance to root out communal elements. After Bihar election results, Chief Minister Akhilesh Yadav had also said that a grand alliance was possible in UP.

The idea was, however, shot down by the BSP. For historical reasons Mayawati would not want to be in any alliance of which the SP was also a part. The BSP president is eyeing an alliance with the Congress to take on the Yadav brigade of Mulayam, and the BJP.

Congress too has disregarded any plans of a grand political alliance. Buoyed by the response to his kisan yatra, party vice-president Rahul Gandhi recently told workers that there will be no tie-up or Bihar-like grand alliance and that the Congress would go it alone in the coming UP elections.

In May this year, Ajit Singh had met Mulayam while his son Jayant Chaudhary called on Rahul Gandhi to discuss an alliance like the one in Bihar. With the BSP and Congress leaving the situation fluid, only the SP, RLD and JD-U look keen on the idea. The final picture may well see further changes in the alliance composition.

Given his track record, the RLD chief cannot be trusted even if he is a key proponent of the idea for a grand alliance. One can trust him to change his mind and join hands with the BJP if, in his calculations, that would be a better bet to place.