Akhilesh Yadav Has The Edge In UP; The BJP’s Failure To Find CM Face Could Cost It Big 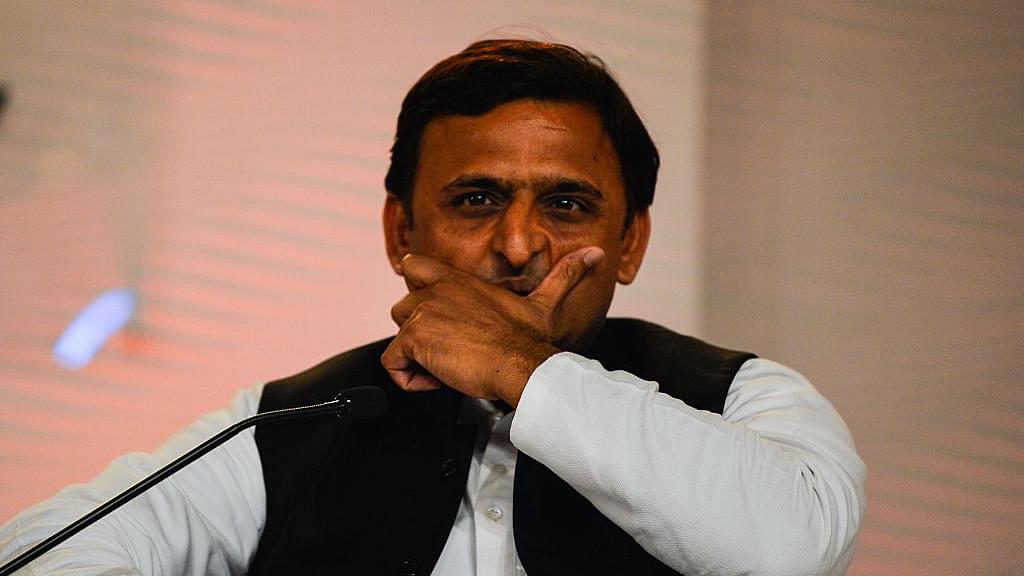 As anticipated, Akhilesh Yadav has won the eyeball-to-eyeball confrontation with his ageing dad Mulayam Singh Yadav. With the bulk of the Samajwadi Party (SP) aligning with him, the Election Commission formally recognised this reality by letting him keep the Cycle symbol yesterday (16 January).

Far from presiding over a split party, Akhilesh now gets to set both the political and election agenda in India’s biggest state, which goes to the polls in seven phases from 11 February. Results are due on 11 March.

As someone who has indeed been identified with development at least after the 2014 Lok Sabha drubbing, Akhilesh’s agenda will blunt the BJP’s claim to be the only party that focuses on vikas.

And, now, he is free to dump the old guard of the party, including his uncle Shivpal Yadav, and align his party with the Congress and the Rashtriya Lok Dal (RLD) of Ajit Singh. While one can doubt the value the Congress and RLD bring to the alliance, the impact is essentially on Muslim and Jat votes, especially in western UP, which the BJP had earlier hoped to sweep. Now it cannot be sure.

The implications of Akhilesh ascendancy are the following.

One, the Muslim vote is now unlikely to be split, since the SP-Congress deal will be seen as anti-BJP. Since Yadavs won’t desert the SP, the old MY combo (Muslims plus Yadavs) will remain intact. It is unlikely that Mulayam Singh Yadav will do too much damage to Akhilesh, and the chances are he will make peace with the idea that his son has now earned the right to lead the party.

Two, the rise of Akhilesh as the new development icon will make this a two-way fight between the SP-led front and the BJP, with Mayawati’s Bahujan Samaj Party (BSP) unlikely to wean away Muslim votes despite the huge number of Muslim candidates she is fielding this time (97 candidates, the highest by any party). While theoretically this may split the Muslim vote to the benefit of the BJP, the chances are Muslims will ultimately opt for the SP-Congress combination.

Three, the SP-Congress front and the BJP seem evenly matched as of now, but the edge remains with the former. The BJP’s weak point is that it has no CM candidate, a lesson it has still to learn after tasting defeat in Delhi and Bihar. It is getting its caste combination right, with its first list stressing non-Yadav OBCs, Brahmins, Rajputs and Jats. Success will depend on whether it is able to wean away non-Jatav Dalits from BSP. If it does, it will gain the edge, but one cannot count on this.

Four, demonetisation will not be a key issue in UP, but any failure by the BJP to win or become the single largest party will be claimed as a vote against note-bandi.

Five, Congress will be the biggest gainer from the rise of Akhilesh, as it may get many seats more than it is individually capable of winning – as the Bihar scenario showed. The Congress’ main goal is to stop the BJP in Uttar Pradesh, and this is not an impossible task anymore.

For the BJP, Uttar Pradesh has now become even more of a prestige battle. It is a pity it is still leaderless in a state that is most vital to its interests. The party had two-and-a-half years to find itself a local leader and it has simply failed to find that person. Or it is too stuck in caste maths to get the bigger picture.