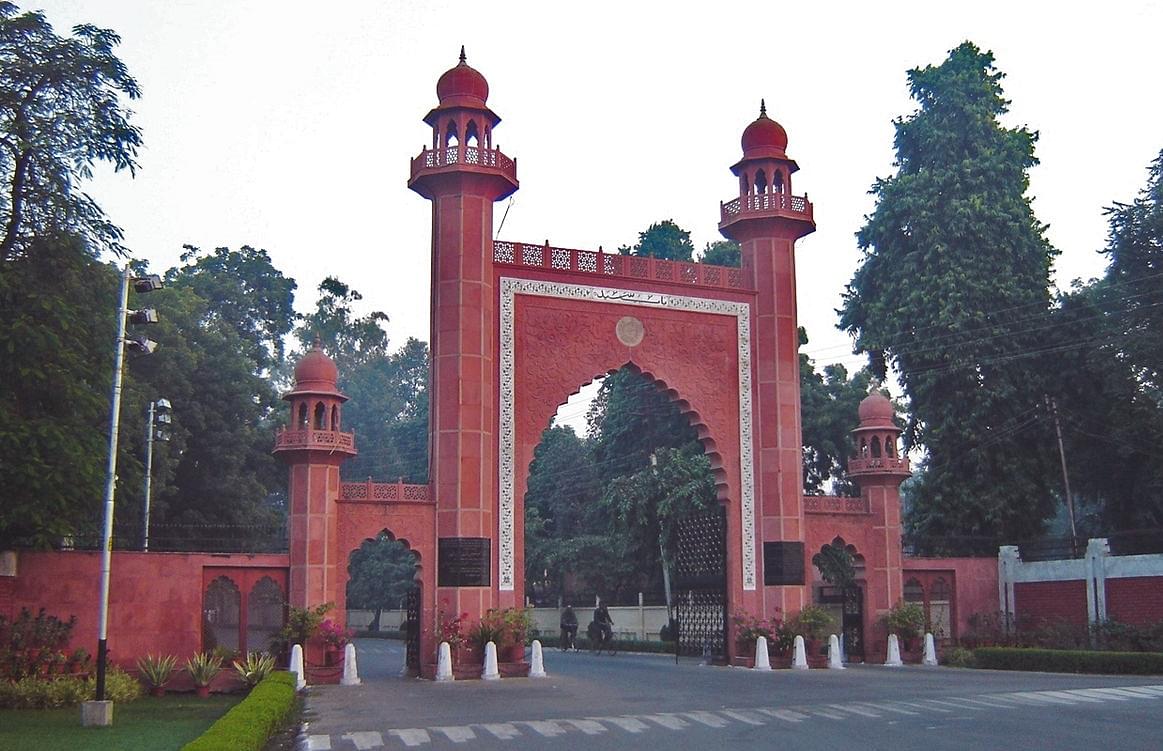 On the evening of 24 December, the official handle of the Uttar Pradesh police put out a video accompanied by the text – “A reaffirmation of our earlier stand that the AMU gate was not broken down by any security agency”.

The post tagged several news publications including The Times of India and Hindustan Times.

The 10-minute video shows CCTV footage of students breaking the Bab-e-Syed gate at the Aligarh Muslim University (AMU) and pelting the police force with stones on 15 December. The time recorded in the footage is around 8.30 pm.

The revelation is in sharp contradiction to claims made in at least two “fact-finding” reports by civil groups, that have been carried by several publications.

One such report was compiled by ‘Karwan e Mohabbat and Indian Cultural Forum’ titled ‘The Siege of Aligarh Muslim University: A Fact Finding Report/15th December 2019: How the UP police reduced a university to a battleground’.

Here are four excerpts from the report,

However, on the 15th night, as the news of the use of brutal force by the Delhi police against students of Jamia Millia Islamia came pouring in, over 1000 students assembled to protest the brutality at the main gate (Bab-e-Syed), unaware that they too would soon have to face even worse attacks from the UP police and RAF. Most of the faculty of Aligarh University, who live very close by to the campus, heard loud sounds of shots and ambulances coming from the university somewhere between 8:30 and 9:00 pm, and then the police and RAF entered the campus. Shocked, they ran calls to each other.

The exact circumstances in which the RAF entered the campus remain unclear. Students attest that there was no provocation from their end to instigate the violence. The faculty also, largely agree with this.

The Vice Chancellor claims to have invited the forces into the university, but it is unclear then why the RAF soldiers broke down the gates. We speculate about the possibility that his permission was perhaps post-facto, to give a legal facade to their campus entry. The University leadership (the Vice Chancellor, the Registrar and the Proctor) maintain that incidents of stone-throwing and other violence led them to ask the RAF and police to enter the university campus to restore peace and safeguard life and property in the campus. But if this was indeed the case, it is unclear why the Babe-e-Syed gate itself had been broken into four pieces, with a corner of the heavy iron gate cut out with precision, while the locks were intact.

Teachers report that as the police entered from the Bab-e-Syed Gate, all other gates to and from the campus were closed, allowing neither students from exiting nor teachers from entering the campus.

As can be seen in the paragraphs above, the report blames the police for breaking the gate and entering, and gives a one-sided version of the events on 15 December, without revealing the source of the claims.

This “fact-finding” report has been published by several publications including The Hindu, Newsclick, Outlook, The Week and The Wire, among others.

Incidentally, the report was released to the media on 24 December — the day when the police released its own counter video.

As a ‘conclusion’, the report says,

We need to reflect on what has brought us to this point in the journey of our republic. Police surcharged with communal hatred invade a central university, attacking students brutally, supported by the university administration.

Overall, the story which emerged was one of largely unprovoked police violence in AMU, more brutal than even in Jamia Millia Islamia (JMI), New Delhi, and indeed than in any university in recent memory

Another similar “fact-finding” report was released by members of the Human Rights Law Network and Quill Foundation, and carried by The Telegraph, Firstpost, The Citizen, The Hindu, Newsclick and The Times of India among others. The report was titled ‘preliminary Fact Finding Report into the events of 15th and 16th December 2019 at AMU’.

The report states that it was the police and the armed forces that started to break the iron gate of Bab-e-Syed.

Here is an except from the report:

At around 7:30 pm on 15-12-2019 students in AMU started gathering at the Library Canteen to continue their peaceful protest against the CAA. A peaceful procession of students chanting started moving along the university road towards the main gate Bab-e-Syed, which is the ordinary spot of protest in the University. A heavy contingent of local police and Rapid Action Force was deployed at the University Circle who started moving towards Bab-e-Syed when they saw the procession at the gate. The heavily armed forces reportedly started abusing students trying to provoke them towards violence. One of the common provocative abuse from armed forces was b“ ahar aao madarch*** ”. At around 8 pm the police and RAF armed forces started firing tear gas shells, rubber bullets, stun grenades, pellets and other kinds of explosive weapons into the crowd inside the gate. According to a few accounts, they were even pelting stones at the crowd. The students were pushed back and fearing for their safety, they started hiding in nearby buildings such as Guest house no. 2 and 3. The situation did not demand any further intervention as the protest had dispersed and students were hiding in buildings. However, at around 10 pm, the police and armed forces started to break the iron gate of Bab-e-Syed.

In the conclusion, the report says,

The entire incident is a shocking display of police brutality and impunity in the face of peaceful democratic protests by AMU students. The police actions seem not only brutal but also vindictive motivated by a desire to ‘show students their place…’

As can be seen, a one-sided version of protesting students was put forth by the groups that clearly got a key fact wrong. This makes the rest of the claims in the reports questionable too.

Among others, the reports said that as per students, the police assaulted them with chants of ‘Jai Shri Ram’. No video corroborating this claim, however, has come to light.