An Electoral History Of Himachal Pradesh In Maps 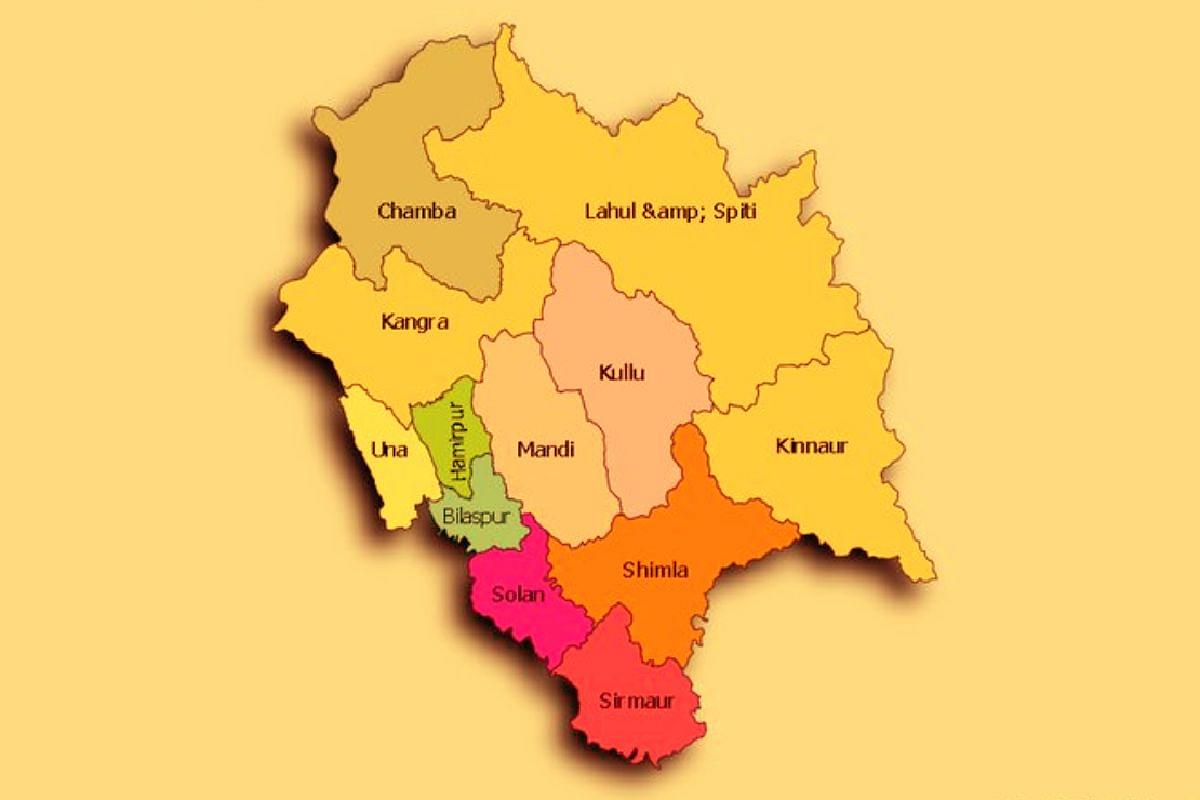 Everyone either loves Himachal Pradesh, or desperately wants to go there on holiday. Two great rivers rise in this state on either side of the Rohtang Pass – the Chenab, and the Ravi. A third, the Sutlej, cuts diagonally across the state, en route from its source near Lake Manasarovar, to the Punjab.

The food is great, the scenery is to die for, the people are courteous to a fault, the Mall at Shimla simply has to be walked, and the Maharaja of Patiala’s summer palace at Chail is an architectural treat which cannot be missed.

In the excitement, we forget that Himachal has a very interesting electoral history from the Emergency of 1975-77 onwards. This is made more relevant today, as the state goes to the polls at the end of the year. For example, how many readers know that a nascent Bharatiya Janata Party (BJP) made its first major splash in HP, in 1982, and nearly won there that year?

But it was not always so. From independence to 1977, politics in HP was monotonous, with Yashwant Singh Parmar of the Congress winning election after election, except between 1956 and 1963, when the state was a Union Territory without an assembly.

Then, the Emergency happened, and anger against Indira Gandhi caused a shift in state politics, which reverberates to this day.

The assembly elections of 1977 were a turning point in the state. The Congress party’s dominance was rent asunder, and the Janata Party swept the state. Shanta Kumar, who later joined the BJP when the Janata party crumbled, became chief minister.

In 1980, the Jana Sangh formally ended the Janata Party experiment, and registered itself as a new party – the BJP. They had a sizzling debut in 1982, in HP, securing 35 per cent of the vote, and 29 seats – agonizingly just six short of a majority in a house of 68 members.

The Congress, too, fell short of a majority, and their Thakur Ram Lal was forced to ally with independents to form a coalition government. But he didn’t last long, since Congress infighting is a special art form, and was soon edged out by a man who went on to become the Congress’s face in the state for decades – Virbhadra Singh.

Mid-term assembly elections in 1985 should have been the BJP’s moment, however, they were swamped by a sympathy wave in the wake of Indira Gandhi’s assassination, and the Congress triumphed. The seven seats the BJP got is their worst ever performance in the state.

So, it is only in 1990 that the BJP, under Shanta Kumar, finally came into its own. This time, they swept the state, in a semi-tacit alliance with VP Singh’s Janata Dal, which had just dislodged Rajiv Gandhi in the Lok Sabha elections of late 1989.

The Congress was nearly wiped out, winning merely nine seats. The only saving grace is that they held on to the bulk of their vote base.

But Shanta Kumar’s government was dismissed by Prime Minister Narasimha Rao in December 1992, following the demolition of the Babri Masjid at Ayodhya.

President’s Rule was imposed, and fresh assembly elections were held only in December 1993, which the Congress under Virbhadra Singh won with record numbers.

From 1993 onwards, the mandate has alternated between the Congress and the BJP, with the chief minister’s post being shared by Virbhadra Singh, and PK Dhumal.

So, in 1998, it was the BJP’s turn, but only by a whisker. Both major parties got 31 seats each, and the BJP formed the government with the assistance of independents and others.

In 2007, the BJP recovered the mandate convincingly. It was a rare moment of triumph for the party, in an otherwise-listless, post-Vajpayee period.

Then, in 2009, a delimitation redrew constituency boundaries. This upset strongholds nurtured over decades, and created inevitable confusion in the 2012 elections, as both campaigns sought to come to terms with this new dynamic.

The BJP was also hit by rebellion, and that handed the next term to Virbhadra Singh again, on a platter.

But in 2017, PK Dhumal and the BJP, invigorated by the dramatic change which came to pass in 2014, rallied their organisation to record their best vote share numbers ever.

They polled 49 per cent, and while the 44 seats they got was two less than the 46 they won in 1990, one aspect stands out: this was by far the most bipolar election in the state’s history; most of the contests were straight two-way affairs between the BJP and the Congress, since the ‘Others’ vote dropped to its lowest ever – just 10 per cent.

The electoral history of Himachal Pradesh since 1977 is summarised in a table below:

And that is where matters stand, as Himachal Pradesh gears up for another bruising contest later this year.

The micro-detailing, in-depth analysis, prospects, issues, and ground realities will be brought out by Swarajya in a special series soon, but this much is already clear – the December 2022 elections will be a fascinating affair, with identity politics, internal dissent, anti-incumbency, the Narendra Modi factor, and a whole host of socio-economic aspects all coming into play.