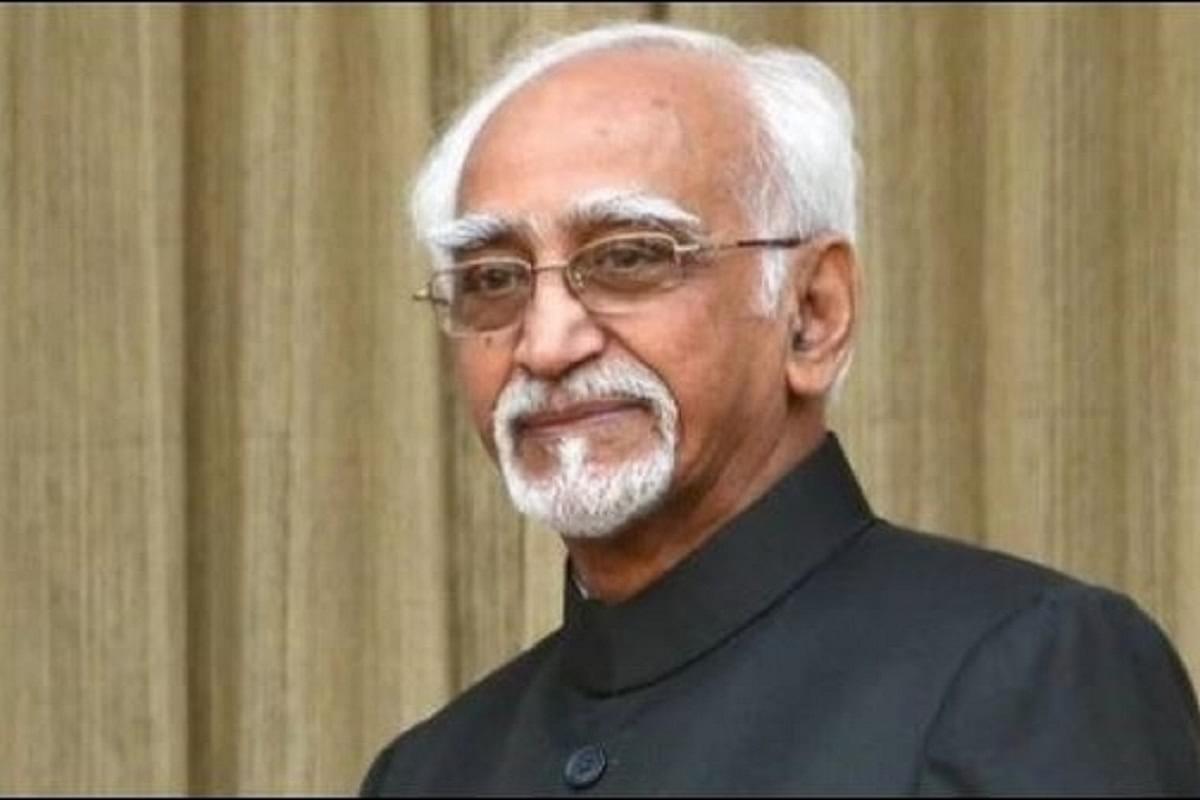 Mohammad Hamid Ansari, the man who capped his career by serving two terms as vice-president of the Republic of India between 2007 and 2017, is probably a closet Islamist whose primary political response to any criticism of his actions is to claim victimhood status.

However, he does not deserve condemnation purely on the basis of indirect association with a Pakistani journalist named Nusrat Mirza, who recently claimed that he passed on information about India to the ISI, the Pakistani intelligence service that supports jihadi organisations against India.

Let us be clear: in a public meeting, anyone, whether he is prime minister or a vice-president, can end up shaking hands with or sharing the company of someone who may later turn out to have dubious credentials. That is not enough to raise accusations of being anti-national.

However, this is not to suggest that Ansari is beyond criticism, and certainly not for his openly sectarian views. For a man who occupied the second highest constitutional office in India, and who could well have occupied the highest office if the late Pranab Mukherjee had not thrown his hat in the ring for occupying Rashtrapati Bhavan in 2012, Ansari has not raised himself above his Muslim identity. If anything, on every occasion, he has talked only about Muslim victimhood issues.

It is thus odd that a senior journalist like Rajdeep Sardesai should be using the same victimhood arguments and batting for Ansari using his Muslim identity in a video blog titled “My name is Hamid Ansari”. Bollywood created a similar victimhood narrative around a Muslim with Aspergers syndrome in the film, My Name is Khan, with the lead role being played by Shah Rukh Khan.

Sardesai is right to say that Ansari should not be accused of being a traitor to India just because a Pakistani journalist, several years after the event, now recollects that he had passed on information to the ISI after his Indian visit.

The attempt to paint Ansari as some kind of victim of a slander campaign by Bharatiya Janata Party (BJP) is overdone. The truth is Ansari sometimes did not speak as an Indian, but only as a Muslim Indian. And he has used the power of his high profile to damn at least one Hindu organisation that is seeking to fight for Hindu causes democratically.

Despite a long stint in the foreign service (38 years), and his post-retirement sinecures, most of his postings were to Islamic countries, and even his post-retirement jobs related to Muslim interests. He has been ambassador to Morocco, Iran, the UAE, Iraq and Saudi Arabia, though he has also served in the UN, Australia and Brussels. This is as much a comment on the people who appointed him to diplomatic posts in the Islamic world, where the presumption is that a Muslim Indian will do the job for the country better than an officer with different religious credentials. The same mindset now sees the appointment of Smriti Irani at the Minorities Ministry as some kind of an affront to minorities in India.

After retirement from the foreign service, Ansari served in the anti-Hindu academic bastions of Jawaharlal Nehru University, Aligarh Muslim University and Jamia Millia. Later, but before being elevated to the vice-presidency in 2007, he was chairman of the National Commission for Minorities.

This CV tells us that Ansari, whether out of his own preferences, or because the powers-that-be chose him for various positions only because of his Muslim identity, worked largely in areas that had a Muslim connection. This, at least partly, explains Ansari’s efforts to speak up often for his community, and not all communities. He did not uphold the high traditions of the second highest office in the country.

Here is an indicative list of Ansari’s positions on various issues, something I have documented in the past in Swarajya:

In 2016, Ansari, then still vice-president, asked the Supreme Court to consider how minorities can be protected from “majoritarianism”. Really? On what basis can a vague search for a Hindu identity be termed as majoritarian, when there is no single founder, no single holy book, no unique set of fundamentals that tie a billion people into one majority group?

When a controversy broke out over Jinnah’s portrait in Aligarh Muslim University in 2018, this is what Ansari told The Times of India in an interview. He asked: “What’s wrong if the portrait is there? If Victoria Memorial is there, what’s wrong with Jinnah’s portrait?” The issue is not the portrait, but why Ansari did not speak out against the Jinnah mindset at the same time.

The linkage with a Pakistani journalist is foolish, but Ansari himself participated in events linked to the Popular Front of India, an Islamist organisation with a jihadi mindset. I wrote in Swarajya at that time: “The Times of India asked him about a function he attended where the Kerala-based Islamist organisation, the Popular Front of India (PFI), was associated. But he claimed he knew nothing about the PFI. And this when PFI has been in the news for all the wrong reasons: it has been accused of encouraging terrorism and murders of political opponents, and a sting exposed it as running a religious conversion factory. Maybe the former Veep does not read newspapers. Maybe he thinks we are all fools.”

I also wrote then: “When a questioner at The Times helpfully asks him, "Are Muslim citizens being demonised, are they fearful?" he replies: "Muslims are concerned. There is a sense of unease among religious minorities and this is something that has to be addressed. As a citizen, irrespective of my name, my state of origin, my faith, my food habits, I have the same rights as anybody else….On occasion, Muslims are fearful and under siege. Not everybody is, that would be an exaggeration. But there have been incidents that have been commented on within and outside the country. You can’t deny facts.”

Ansari was asked about Sharia courts, which the All India Muslim Personal Law Board (AIMPLB) had then wanted to extend beyond Uttar Pradesh to the whole country. Ansari had this to say: “People are confusing social practices with the legal system. Our law recognises that each community can have its own rules. The personal law in India covers marriage, divorce, adoption and inheritance. Each community has a right to practise its own personal laws.”

In short, Ansari has no problem with the two-nation theory to the extent it applies to personal laws.

As if these statements were not enough, Ansari targeted a fledgling Hindu non-profit, the Indic Collective Trust, which was formed to defend the Hindu way of life and fight for Hindu religious rights, including freeing temples from state control. Ansari claimed that the trust had a “loaded agenda” that was “easily discernible.”

Apparently, fighting for Hindu rights, or getting the state off the backs of Hindu institutions is a “loaded agenda” for the former vice-president, but there is nothing loaded about an AIMPLB’s efforts to create a parallel sharia court system all over India. (Read the Indic Collective’s response to Ansari’s dog-whistle here)

The trust’s riposte to Ansari’s insinuations, went like this:

“...We are tempted to ask what exactly is loaded or sinister about our agenda? It is not as if we are out on a secret mission to infiltrate a shady think-tank which doggedly pursues its mission of breaking India under the garb of advancing democratic, liberal, and secular values. Contrary to your insinuation, we fight our battles in the open without the compulsive and increasingly degenerate need to appear politically correct at all costs, including the truth. Right from the day of our inception, we have never shied away from our commitment to dharma (meaning righteousness, as opposed to religion) and the Indic way of life. ‘Way’ because we, who wish to see a united, prosperous, and strong Bharat, see a unity in all the Indic ways. Rather than being apologetic about it, we wear this commitment on our sleeves because it is truly our only raison d’être. To cut a long story short, our agenda is discernible because we want it to be discernible. Thank you for stating the obvious.”

The problem is not Ansari’s linkages to a Pakistani spy, but his Jinnah mindset and focus purely on minoritarianism. He was not worthy of India’s second highest office.